Information published on the City of Victorville’s website and reviewed by The Voice/Black Voice News, revealed the city’s Measure P, a general one-cent increase sales tax approved by voters during the November 3, 2020, election took effect April 1, and is expected to add $15 million annually to expand essential services and increase safety for Victorville’s growing population.

Rita Ramirez, a diabetic, explained from early January 2019, until present, she suffered a series of serious health issues leading to the amputation of her left foot, serious issues with her right foot and a mild heart attack.  As a result, she has experienced multiple hospital stays, stints at physical rehabilitation centers, and is now confined to a wheelchair. 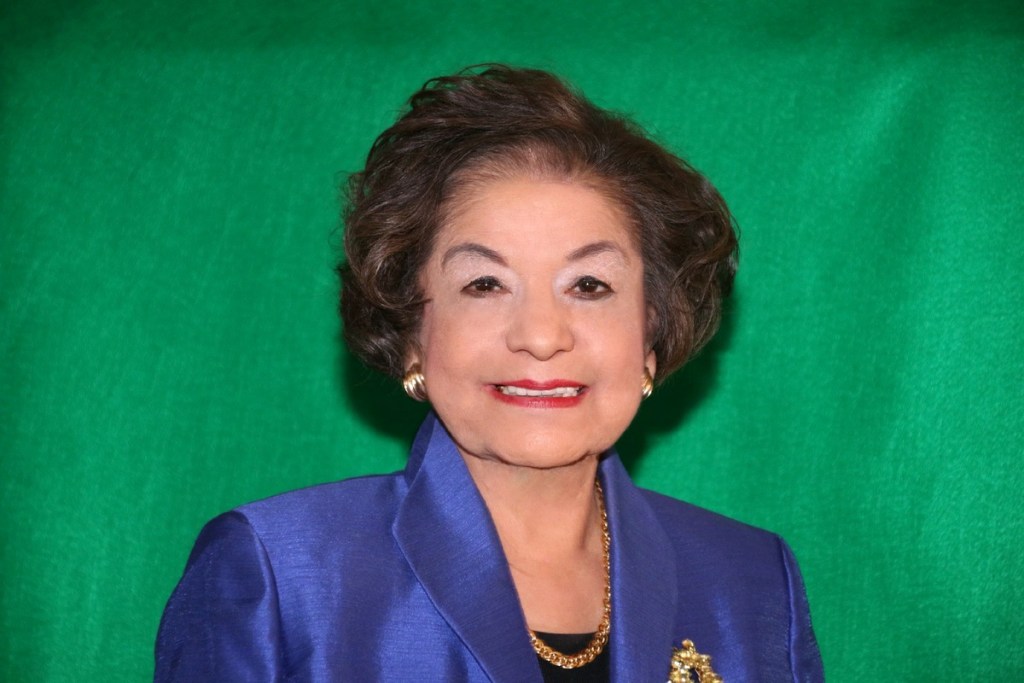 After the COVID pandemic hit in March of 2020, at the advice of her doctors, Ramirez was informed she needed to be isolated from other people because of the open wound on her left leg.

To isolate and live in housing that would accommodate her wheelchair, Ramirez decided to live in a house she owns in 29 Palms, instead of returning to Victorville.

During March 2020, Ramirez confirmed she informed Mayor Gloria Garcia that under doctor’s orders she was to remain isolated during her rehabilitation and she would be staying in her 29 Palms house.  Ramirez shared, by July of 2020, her left leg had healed.

Subsequently, she started having similar problems with her right foot leading to two surgeries, hospital stays, and a mild heart attack.

By December of 2020, the doctors were considering amputating her right foot but were able to perform two surgeries to save it.

On January 7, 2021, Ramirez informed the city manager, the city clerk and texted the mayor to inform them that she was in the hospital and unable to participate in the city council meetings as no one was allowed into the hospital, which would be required to set up the zoom meeting, as well as the hospital’s poor internet reception.

The next meeting, Ramirez learned she was ousted by her peers from the city council based on her non-attendance for 60-days. They claimed her absence was unexcused even though she had been hospitalized. 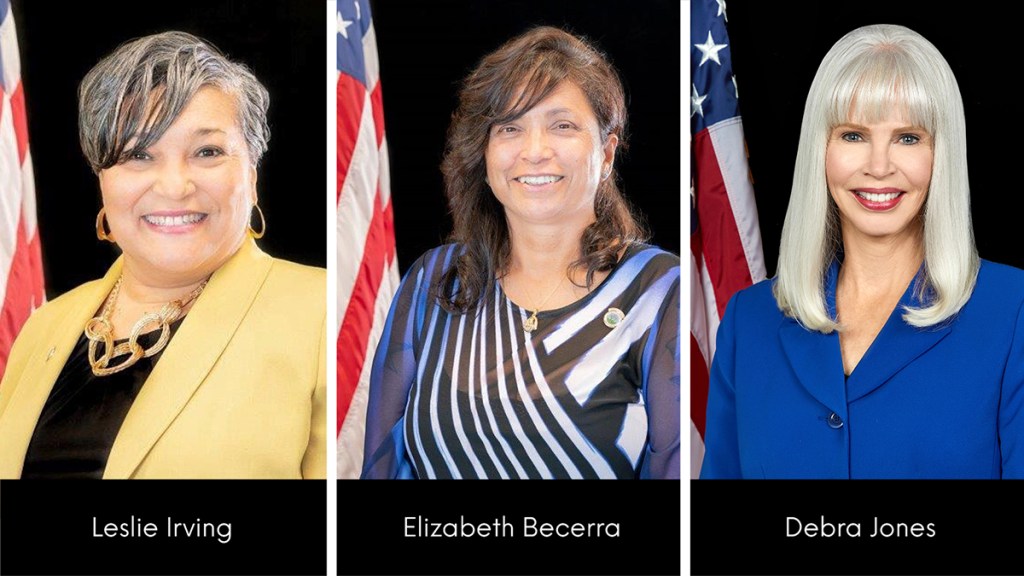 Ramirez explained how she officially rented a house in the City of Victorville as her legal residence until the end of February 2021. Prior to her health problems, Ramirez advised she had made several offers to purchase a home in Victorville and was unable to finalize a purchase due to her health issues.

She plans to move back to Victorville and run for re-election as soon as her foot heals. She enjoys and feels welcome in the community and made promises to her constituents she intends to keep.  “I lost my foot, but I did not lose my mind,” Ramirez said, reasoning and declaring “I am not willing to give up my life because I am now disabled.”

Brady reasoned Victorville cannot waste the time needed for a special election nor afford the cost he estimates to be $850,000 or be subjected to a four-member City Council that can result in tie votes.

McEachron lost his long-term 10-year position on the city council in November 2016, when now councilmember Gomez upset his long reign of power.

Since Gomez’ surprising win over McEachron, she’s been subjected to critical actions from her fellow city councilmembers, including but not limited to a censure in March 2017, for attending  a Rialto City Council Meeting where sanctuary cities were being discussed; a failed recall effort;  a rebuke for her behavior at a council meeting; removal from a council meeting for reading a statement; as well as formal council disapproval over allegations she harassed city employees and violated city and state codes.

On December 21, 2020, Gomez filed a complaint in federal court alleging civil rights violations, defamation, intentional infliction of emotional distress and false arrest against the City of Victorville, its city manager, several councilmembers, the San Bernardino County Sheriff’s Department and numerous other individuals.  The lawsuit is pending.

The latest of actions taken by Victorville City Council and directed at Councilmember Gomez involves the appeal of Gomez’s award of benefits for 2020 as a “gig-worker” under California’s Pandemic Unemployment Assistance Program (PUA).

An official council memorandum dated August 5, 2020, stated Gomez, “has never been an employee of the City of Victorville.” 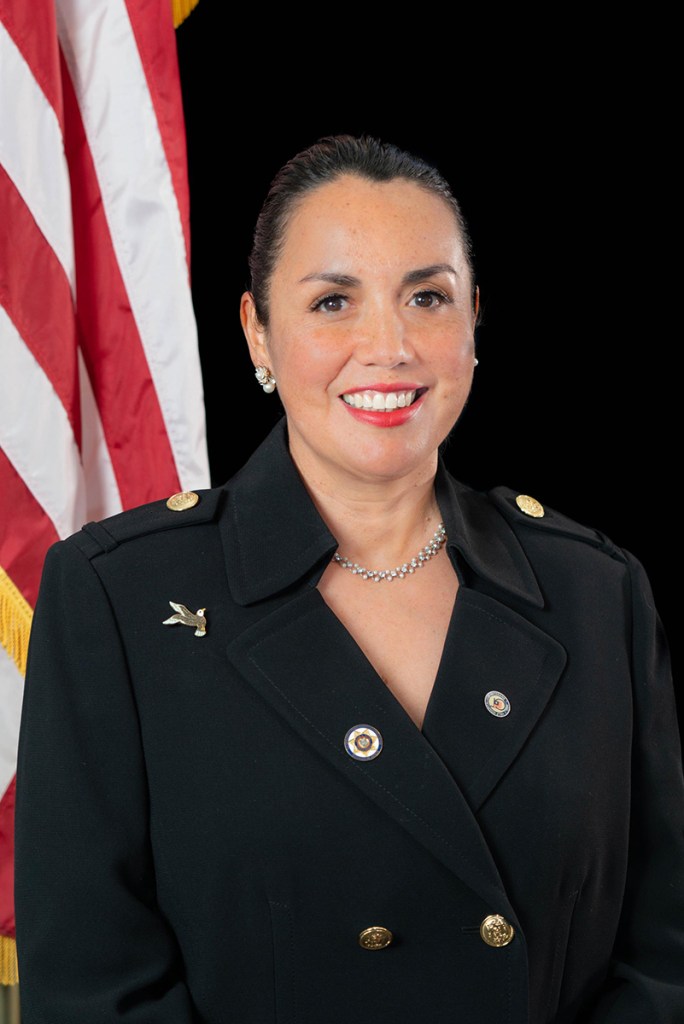 Gomez explained she works multiple jobs, is considered a “gig-worker” and applied for benefits under the Pandemic Unemployment Assistance (PUA), a program geared toward assisting those impacted by the pandemic and individuals that do not normally qualify for unemployment.  Gomez claimed she lost income due to the pandemic from her other jobs outside her work for the City of Victorville.

A gig worker is an independent contractor or a person who is hired for contractual work that is usually for projects or for short-time periods.

In a decision mailed March 2, 2021, the Employment Development Department’s (EDD) Administrative Law Judge Stephen H. Tyler (Tyler) explained “The issue in this case is whether remuneration payable to an individual constitutes wages for personal services payable to an employee.”

Tyler cited California Unemployment Insurance Code Section 1279(2)(c) which states, “For the purpose of this section “wages” includes any and all compensation for personal services whether performed as an employee or as an independent contractor (sic) but does not include any payments, regardless of their designation, made by a city of this state to an elected official thereof as an incident to public office …”

“The claimant’s application indicated that she has ceased working, which is not the case,” Tyler claimed adding, “Benefits were received as a result of this misrepresentation.”  Tyler also noted that no unemployment or disability taxes were withheld, making Gomez “ineligible for benefits.”

Tyler affirmed the City of Victorville could “consider investigating the claim (sic) as being fraudulent.” Further noting Gomez’ earnings are not considered wages because she is an elected official finding Gomez was “disqualified for benefits” reversing a prior EDD decision in Gomez’s favor.

According to documents obtained by The Voice/Black Voice News, after a prior EDD investigation regarding Gomez’ unemployment claim for benefits in 2019—the agency  determined her “wages have been reported correctly” as to the wages “reported by employer.” The employer shown in the documents approved by EDD was the  “City of Victorville.”

In researching whether a city councilmember is an employee or an independent contractor under California law, according to 97 Ops.Cal.Atty.Gen. 103, “The employment relationship between a city council member and the city is contractual, and   the elements of compensation and benefits for such an office become contractually vested upon acceptance of employment.”

In response to questions posed to the California Fair Political Practices Commission (FPPC), FPPC Communications Director Jay Wierenga stated, “What I can say is city councilmembers (unless it’s an appointment through normal vacancy type process) are elected by the public, are then elected officials, and thus it’s commonly understood they are public employees, either part-time or full-time depending on the jurisdiction. I am not aware of any case where city councilmembers are ‘independent contractors.’”

In response to an increase of gig-workers, the California Legislature passed and the Governor signed AB5, a law changing the rules used to determine whether workers are employees or independent contractors in the state.  As a result, many independent contractors would be reclassified as employees and be entitled to benefits.  The new law went into effect on January 1, 2020.

California Labor Code Section 3351, states “Employee” means every person in the service of an employer under any appointment or contract of hire or apprenticeship, express or implied, oral or written, whether lawfully or unlawfully employed, and includes. . . (b) All elected and appointed paid public officers.”

When the City of Victorville received a report of wages and a claim for unemployment benefits from the Unemployment Department, according to Gomez, city officials  created a narrative that there was fraud based on the documentation it received.  Gomez recalled receiving an accusatory phone call from the city manager, and her unemployment claim was also discussed during city meetings.

While Gomez remains on the Victorville City Council, her future appears uncertain after the city posted a press release on March 10, announcing, “Judge Rules Council Member Blanca Gomez May Be Investigated for Unemployment Fraud.” It further stated Gomez falsely claimed a break in service and pay in order to receive unemployment benefits while continuing to receive monthly stipends from the city.  The judge’s decision is pending on appeal.

Since Ramirez’ removal from the council, it has been unable to reach a majority decision on whether to appoint Ramirez’s replacement or hold a special election and allow the voters to elect a new city councilmember.

Three vacancies remain on the oversight committee including a representative from each of the following local groups, clergy, nonprofit social services provider, and youth and recreation.

Both Ramirez and Gomez are left wondering whether the $15 million in new annual taxes and control of those funds has anything to do with the recent aggressive actions directed at them by the other councilmembers.  In the meantime, Gomez awaits the city’s next move. 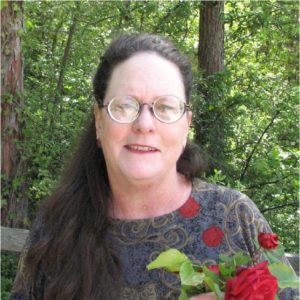