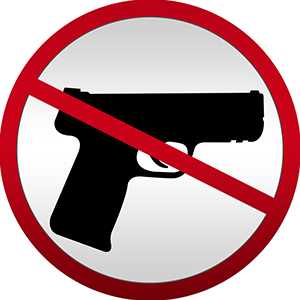 On June 1st, the California State Assembly passed a package of gun control bills almost certain to cause Second Amendment advocates to raise their voices in protest.

The gun control bills included a measure actually built on legislation signed into law last year that allows family members to request a gun violence restraining order against a relative considered by the court to be at high risk of committing violence against themselves or others. The order prevents the individual from having a gun in his/her possession until the order is lifted.

The new legislation would extend the option to request a gun violence restraining order to employers, co-workers, mental health workers and school employees. Under the legislation, when an individual is identified under these conditions as high risk of committing violence against themselves or others and the court concurs, a judge could ban an identified individual from possessing a gun for up to one year.

A second piece of gun legislation passed by the Assembly on the same day would ban bullet buttons, a type of ammunition that allows gun owners to quickly change the magazines of military-style weapons—thus allowing gun manufacturers to by-pass existing statewide restrictions on removable ammunition magazines.

In May, the state Senate passed a slate of gun control measures, eleven to be exact, that covered everything from mandated background checks for the purchase of ammunition to making it illegal to manufacture and/or sale semiautomatic rifles with detachable magazines.

Political watchdogs believe both state houses are pushing hard to move gun measures through the legislative process and into law in advance of the November election as a way to diffuse the impact of a gun control measure slated to appear on the ballot sponsored by Lieutenant Governor Gavin Newsom.

The measure would not only require background checks for the purchase of ammunition, it would also call on gun owners to give up their large-capacity magazines. There is concern Newsom’s ballot measure may be a bridge-too-far and serve to trigger a major push back from the gun industry. It is almost certain gun lobbyists will pour millions of dollars into an effort to defeat it and in the process, drive gun advocates to the polls in November in great numbers in response. Such action could spell disaster for Democratic candidates running in swing districts around the state.