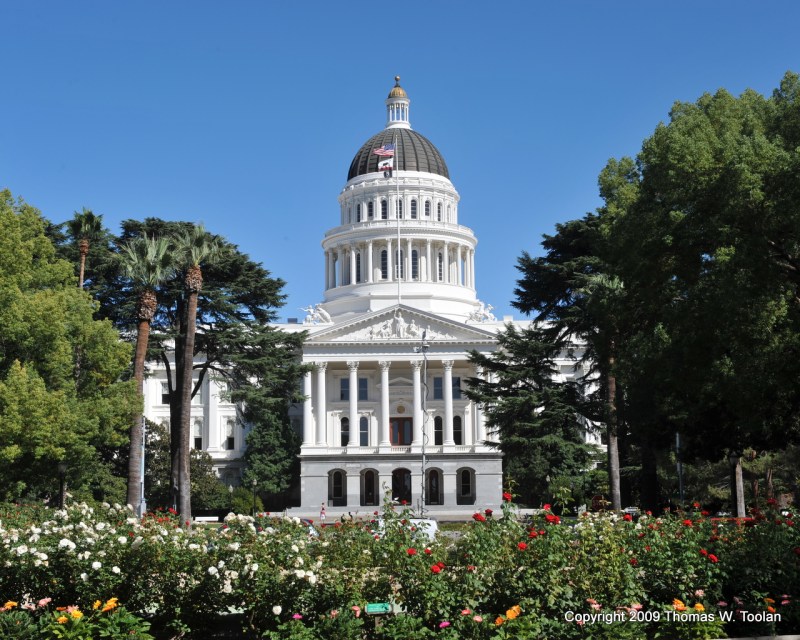 California Democrats were on pace to expand their supermajorities in the state Legislature as votes were tallied Tuesday. Several Republican incumbents in the 80-member Assembly and 40-member Senate appeared headed for defeat. And with California’s top-two balloting, voters in some cases set up contests within the same political party by advancing the two highest vote-getters from the March primary election. Several in Orange County, the greater Los Angeles area and in the San Francisco Bay Area face challengers and have drawn high spending from interest groups.

Among the races to watch:

Republican Assemblyman Phil Chen of Yorba Linda was neck-and-neck with Democratic challenger Andrew Rodriguez of Walnut in the district that includes parts of Los Angeles, Orange and San Bernardino counties. Democrats took a narrow lead in voter registration this year. It’s drawn the fifth-highest spending by the state’s major political parties and 13th most in independent spending for and against legislative candidates, according to the California Target Book, which tracks races.

The California Correctional Peace Officers Association literally put a target on Democratic Assemblyman Reggie Jones-Sawyer of Los Angeles in a campaign ad that the union quickly withdrew after criticism. As chairman of the Assembly Public Safety Committee, Jones-Sawyer has promoted policies to reduce mass incarceration. But he was on pace with 62% of the early vote to beat back a challenge from Efren Martinez, a fellow Democrat and executive director of the Florence-Firestone/Walnut Park Chamber of Commerce.

Latinos hold a slight majority in the district, prompting influential Los Angeles City Councilman Gil Cedillo to back Martinez in a district Cedillo calls “an integral microcosm of Latino communities in California.” The race has generated the third-highest level of independent spending.

Democratic challenger Melissa Fox of Irvine had a narrow 53% lead in early balloting over Republican Assemblyman Steven Choi of Irvine in the Orange County district where Democrats have taken a narrow lead in voter registration. It’s drawn the second-highest spending by the state’s major political parties.

It’s Nguyen on Nguyen as Garden Grove Democratic Councilwoman Diedre Nguyen had a slim 51% lead in early vote tallies over former GOP state Sen. Janet Nguyen in the Orange County district where Republicans hold a slim majority. The pair bested incumbent Republican Assemblyman Tyler Diep of Westminster in the March primary. The contest has the fourth-highest contributions by state parties.

Democratic Assemblywoman Cottie Petrie-Norris of Laguna Beach was on pace with 57% of the vote to overcome her challenge by Republican Newport Beach Mayor Diane Dixon in an Orange County district with a near tie in voter registration.

Sen. Scott Wiener is widely viewed as one of the Legislature’s most liberal members. Despite an only-in-San Francisco challenge from his left, he held 60% of the early vote over fellow Democrat, Indigenous activist and San Francisco State University lecturer Jackie Fielder. Both are LGBTQ activists.

Another Democrat-on-Democrat contest, this one is for the open seat being vacated by termed-out Democratic Sen. Jim Beall of San Jose. Organized labor is generally backing Santa Clara County Supervisor Dave Cortese, who had 54% of the early vote tally over business-backed Ann Ravel. Ravel once was chairwoman of California’s Fair Political Practices Commission and was appointed by then-President Barack Obama to the Federal Elections Commission. More than $5.5 million in independent spending has poured into the race — the most in any legislative contest.

Republican Sen. Scott Wilk of Santa Clarita was narrowly trailing as he tries to hold his seat in a district in parts of Los Angeles and San Bernardino counties where Democrats have an 8-percentage point advantage in voter registration. He’s challenged by Democratic labor attorney Kipp Mueller, who had about 52% of the early vote tally.

It’s a rematch of a rematch as Democrat Josh Newman of Fullerton was on track to unseat Republican Sen. Ling Ling Chang of Diamond Bar in the Orange County-centered district that spills into Los Angeles and San Bernardino counties. Newman’s quirky campaign narrowly beat Chang in 2016, but he was recalled in 2018 and replaced by Chang after he voted for a state gas tax. He had 56% of the early vote tally to defeat Chang as he tries for a comeback. It’s the costliest contest for the state’s political parties and second-highest in independent spending.

GOP Sen. John Moorlach of Costa Mesa was on the verge of losing his seat in traditionally Republican Orange County. The district has shifted to a near-tie in party registration and he was trailing with 43% of the vote to 57% for Democratic challenger Dave Min of Irvine. It’s the third-most expensive race in state party spending and fifth-highest in independent spending.