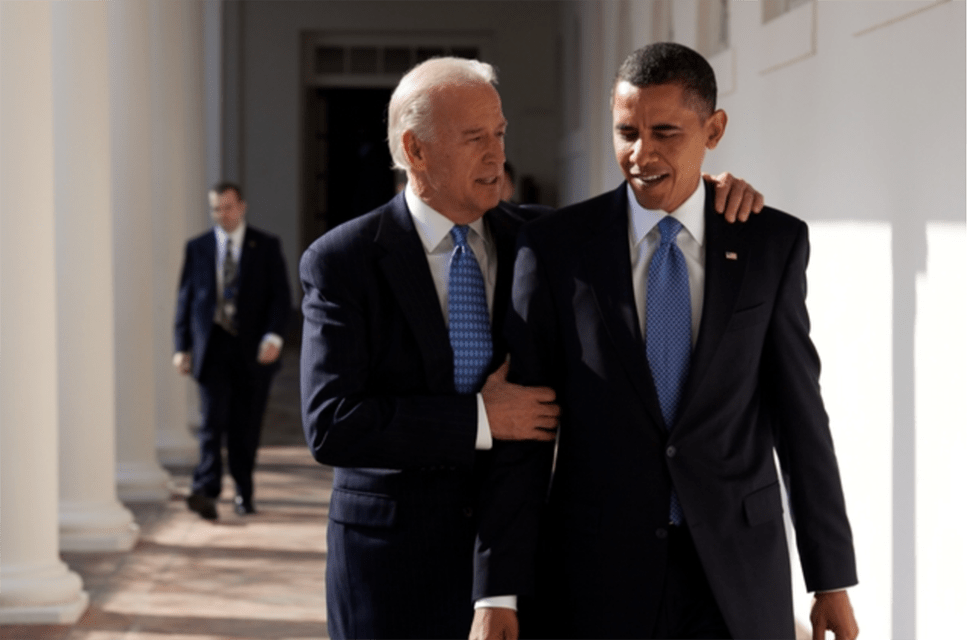 Stop and reverse. Restore and expand.

Joe Biden is promising to take the country on a very different path from what it has seen over the past four years under President Donald Trump, on issues ranging from the coronavirus and health care to the environment, education and more.

The Democratic president-elect is promising to reverse Trump policy on things such as withdrawing the U.S. from the Paris climate agreement and weakening protections against environmental pollution.

While Trump wants to kill the Affordable Care Act, Biden is proposing to expand “Obamacare” by adding a public option to cover more Americans.

Here’s what we know about what a Biden presidency will look like.

Economy, Taxes, and the Debt

Biden argues that the economy cannot fully recover until COVID-19 is contained.

For the long-term recovery, the former vice president is pitching sweeping federal action to avoid an extended recession and to address long-standing wealth inequality that disproportionately affects nonwhite Americans.

He would cover the cost of some of his big ticket environmental and health insurance proposals by rolling back much of the 2017 GOP tax overhaul. He wants a corporate income tax rate of 28% — lower than before but higher than now — and broad income and payroll tax increases for individuals with more than $400,000 of annual taxable income. All that would generate an estimated $4 trillion or more over 10 years.

Biden also frames immigration as an economic matter. He wants to expand legal immigration slots and offer a citizenship path for about 11 million people who are in the country illegally but who, Biden notes, are already economic contributors as workers and consumers.

An analysis from the Committee for a Responsible Federal Budget estimates that Biden’s campaign proposals would increase the national debt by about $5.6 trillion over 10 years.

The national debt now stands at more than $20 trillion.

Biden draws some of his sharpest contrasts with Trump on the pandemic, arguing that the presidency and federal government exist for such crises. Unlike Trump, he doesn’t believe the leading role in the virus response should belong to state governors, with the federal government in support.

Biden endorses generous federal spending to help businesses and individuals, along with state and local governments, deal with the financial cliffs of the pandemic slowdown. He’s promised aggressive use of the Defense Production Act, the wartime law a president can use to direct manufacture of critical supplies. Trump has used that law on such things as ventilator production.

Biden promises to elevate the government’s scientists and physicians to communicate a consistent message to the public, and he would have the United States rejoin the World Health Organization.

He has promised to use his transition period before taking office to convene meetings with every governor and ask them to impose what would be a nationwide mask mandate because the federal government doesn’t have that power. Biden says he would go around holdouts by securing such rules from county and local officials — though enforcement of all such orders may be questionable.

The health care law known as “Obamacare” was a hallmark of the Obama administration, and Biden wants to build on that to provide coverage for all. He would create a “Medicare-like public option” to compete alongside private insurance markets for working-age Americans, while increasing premium subsidies that many people already use. Solid middle-class households would have access to subsidized health insurance.

Biden estimates his plan would cost about $750 billion over 10 years. That positions Biden between Trump, who wants to scrap the 2010 health law, and progressives who want a government-run system to replace private insurance altogether. Biden sees his approach as the next step toward universal coverage and one he could get through Congress.

The Supreme Court, which now has a solid conservative majority, is scheduled to hear a case challenging the law on Tuesday. As president, Biden will have to deal with the fallout from that eventual decision.

On prescription drugs, Biden supports legislation allowing Medicare to negotiate prices for government programs as well as private payers. He would prohibit drug companies from raising prices faster than inflation for people covered by Medicare and other federal programs. He would also limit the initial prices for “specialty drugs” to treat serious illnesses, using what other countries pay as a yardstick.

Biden would put a limit on annual out-of-pocket drug costs for Medicare enrollees, a change that Trump sought but was unable to get through Congress. Also similar to Trump, Biden would allow importation of prescription drugs, subject to safety checks.

Biden has called Trump’s actions on immigration an “unrelenting assault” on American values and says he will “undo the damage” while continuing to maintain border enforcement.

Biden says he will immediately reinstate the Deferred Action for Childhood Arrivals program, or DACA, which allowed people brought to the U.S. illegally as children to remain as legal residents, and end the restrictions on asylum imposed by Trump.

He also said he will end the Trump administration’s “public charge rule,” which would deny visas or permanent residency to people who use public services such as Medicaid, food stamps or housing vouchers. Biden will support a 100-day freeze on all deportations while his administration studies ways to roll back Trump policies. But Biden will eventually restore an Obama-era policy of prioritizing the removal of immigrants who have come to the U.S. illegally and who have been convicted of crimes or pose a national security threat, as opposed to all immigrants who have come to the country illegally — Trump’s approach. Biden has said he will halt all funding for construction of new walls along the U.S.-Mexico border.

Biden supports a strategy of fighting extremist militants abroad with U.S. special forces and airstrikes instead of planeloads of U.S. troops. He wants to see the U.S. close the detention facility at Guantanamo Bay. He has backed some U.S. military interventions, including the 2003 invasion of Iraq, which he now says was a mistake, but he leans toward diplomacy and trying to achieve solutions through alliances and global institutions.

He is a strong supporter of NATO. He warns that Moscow is chipping away at the foundation of Western democracy by trying to weaken NATO, divide the European Union and undermine the U.S. electoral system. He also alleges that Russia is using Western financial institutions to launder billions of dollars to use to influence politicians.

Biden calls for increasing the Navy’s presence in the Asia-Pacific and strengthening alliances with Japan, South Korea, Australia and Indonesia. He joins Trump in wanting to end the wars in the Middle East and Afghanistan but thinks the U.S. should keep a small force in place to counter terrorism.

He says Trump’s decisions to exit bilateral and international treaties such as the Iran nuclear deal and the Paris climate accord have led other nations to doubt Washington’s word. Biden wants to invite all democratic nations to a summit to discuss how to fight corruption, thwart authoritarianism and support human rights.

Biden, who claims “ironclad” support for Israel, wants to curb annexation and has backed a two-state solution in the long conflict between Israel and the Palestinians. He says he will keep the U.S. Embassy in Jerusalem after Trump moved it from Tel Aviv.

Biden criticizes Trump’s diplomacy with Kim Jong Un, saying Trump’s one-on-one diplomacy gave legitimacy to the North Korea leader and has not convinced Kim that he should give up his nuclear weapons.

Biden is proposing a $2 trillion push to slow global warming by throttling back the burning of fossil fuels, aiming to make the nation’s power plants, vehicles, mass transport systems and buildings more fuel efficient and less dependent on oil, gas and coal.

Biden says his administration will ban new permits for oil and gas production on federal lands, although he says he does not support a fracking ban.

Biden’s public health and environment platform also calls for reversing the Trump administration’s slowdown of enforcement against polluters, which in several categories has fallen to the lowest point in decades. That includes establishing a climate and environmental justice division within the Justice Department.

Biden emphasizes environmental justice, which is about addressing the disproportionate harm to lower-income and minority communities from corporate polluters. Biden says he will support climate lawsuits targeting fossil fuel-related industries.

He said he will reverse Trump’s decision to exit the Paris climate accord.

Education is a family affair for Biden. His wife, Jill, has taught in high school and community college, and she delivered her speech to the Democratic National Convention this year from her old classroom.

Biden has proposed tripling the federal Title I program for low-income public schools, with a requirement that schools provide competitive pay and benefits to teachers. He wants to ban federal money for for-profit charter schools and to provide new dollars to public charters only if they show they can serve needy students. He opposes voucher programs, where public money is used to pay for private school education.

He has pledged to restore Obama-era policies that were rolled back by the Trump administration, including rules on campus sexual misconduct and a policy that aimed to cut federal money to for-profit colleges that left students with heavy debt and unable to find jobs to pay it back.

Biden supports legislation to make two years of community college free and to make public colleges free for families with incomes below $125,000. His proposed student loan overhaul would not require repayment for people who make less than $25,000 a year, and would limit payments to 5% of discretionary income for others.

He is proposing a $70 billion increase in funding for historically Black colleges and universities, and other schools that serve underrepresented students.