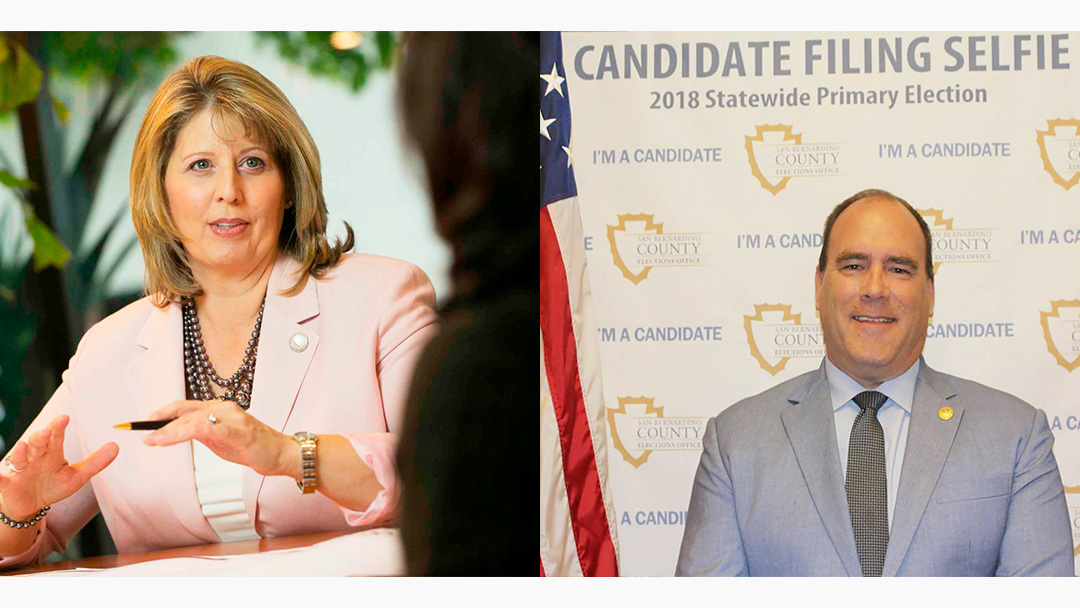 On December 3rd, County Supervisors Janice Rutherford and Curt Hagman were sworn in for their new four-year terms.

Rutherford was elected by a sizeable margin in June to a third term and Hagman, who recently defeated his opponent, now begins his second term. Both took the oath of office at the county’s government center, last week.

Rutherford represents the Second Supervisorial District, which includes all or portions of Upland, Rancho Cucamonga, Fontana, Crestline and Lake Arrowhead.

Hagman was sworn in by his son, Second Lieutenant Jonathan Hagman, who serves with the California Army National Guard, while Rutherford was administered her oath of office by the Honorable Martin R. Barash, United States Bankruptcy Judge for the Central District of California, who also happens to be her high school friend. Both made remarks after taking their oath thanking constituents, families and county employees.

Hagman spoke about the opportunities facing the county spurred by growth and technology. “What’s really great is to have the family of county employees, more than 20,000 of you. I am very honored to serve with you, side by side, taking care of the needs of our residents.”

Rutherford primarily focused her comments on a recent tour she took of the county’s Fleet Management Department. “The people there serve with such pride and integrity, such creativity, such out-of-the box thinking on problem solving. And, they are not unique in this county. We have folks in every department that serve the public with those attitudes, and they don’t get recognized enough. They do the work every day, and I appreciate them.”

“Our community is strong,” Rutherford added. “We can do amazing things when we set aside our differences and just serve on another from the heart. And this county is full of people who do that.”