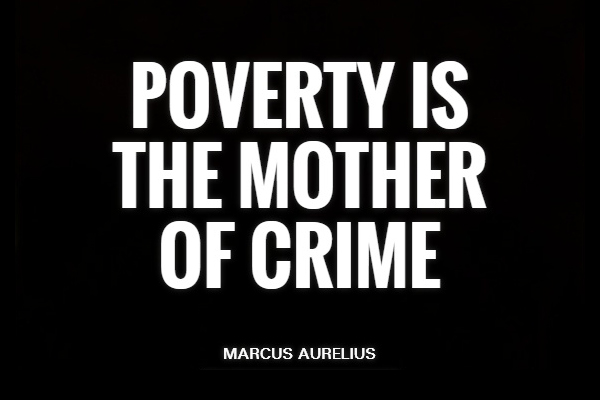 Between 79 and 100 million Americans, almost one in every three adults, have a criminal record of some kind. Also, nearly half of all children in America have a parent with a criminal record.

Having a criminal record makes securing employment almost impossible no matter how minor or how old the record is; and even if one’s arrest never led to a conviction. As a result, a parent’s criminal record can have a long lasting negative impact on the economic well-being of children.

A report published by the White House this year, Economic Perspectives on Incarceration and the Criminal Justice System, suggested that a 10 percent increase in wages for non-college educated men can lead to a 10 to 20 percent reduction in crime rates.

The Council of Economic Advisers (CEA), an agency within the Executive Office of the President that advises the president on economic policy, conducted cost-benefit tests of three policies related to crime, one of which was raising the minimum wage.

Drawing on literature that found higher wages for low-income individuals reduces crime by providing viable and sustainable employment, CEA determined that raising the minimum wage to $12 by 2020 would result in a three to five percent crime reduction (250,000 to 510,000 crimes) and a societal benefit of $8 to $17 billion dollars.

The report further highlighted how crime and poverty are correlated and criminal behavior is often motivated by a lack of economic opportunity. “If legitimate employment opportunities with sufficient wages are available,” it stressed, “then the necessity and relative attractiveness of criminal activity will decline.” Ultimately, according to researchers, higher wages for low-skilled workers reduce both property and violent crime, as well as crime among adolescents.

In April, California Governor Jerry Brown signed legislation to raise California’s minimum wage to $15 per hour by 2022. Also that same day, the governor of New York signed similar legislation. Together California and New York became the first states in the nation to do so.