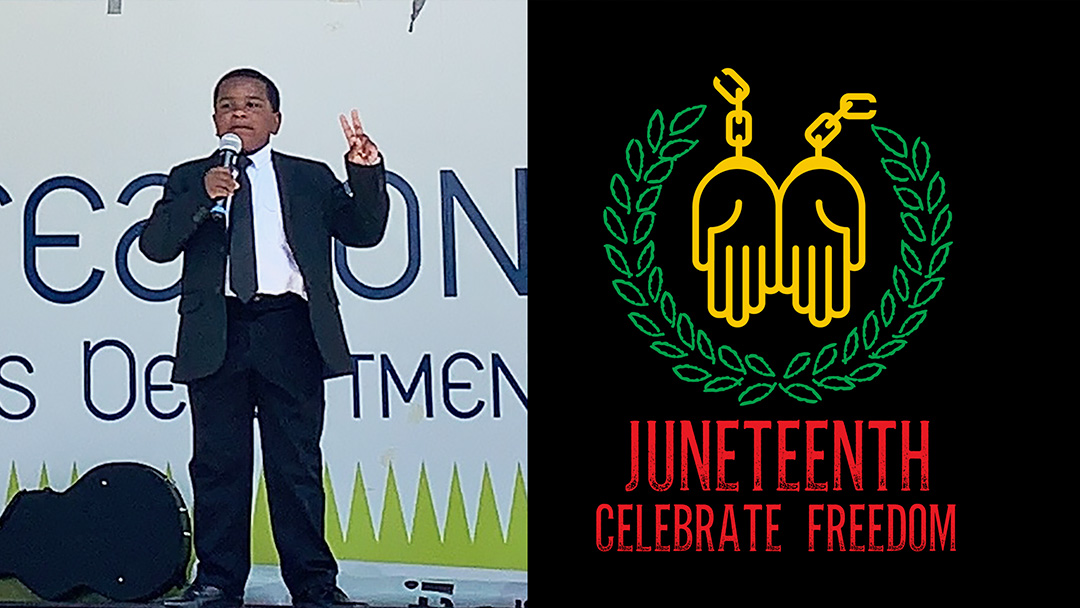 Citizens gathered at Bordwell Park Stratton Community Center in Riverside on Saturday, June 1, 2019 for the city’s 19th annual Juneteenth celebration. Juneteenth recognized nationally as the oldest known celebrations acknowledging the end of slavery in the United States. It marks June 19, 1865 when the Union soldiers landed at Galveston, Texas bringing the news that the civil war was over and slavery was ended. Enslaved Texans — who hadn’t been legally freed by the 1862 Emancipation Proclamation, which only covered states rebelling against the United States. In other words, only slaves in the confederate states were freed by the Emancipation Proclamation. Those held in Union states remained enslaved until June 19, 1865. The event featured music, dance, drill team and drum squad, readings from the Emancipation Proclamation, a performance by the Nation of Islam Muhammad Mosque No.97, a student discussion on race and a variety of booths and displays.  One of the highlights of the day’s events was a passionate and powerful presentation by ten-year-old Zaiah Shepherd, of Hemet who spoke commandingly about the life and work of Dr. Martin Luther King Jr.  Zaiah’s presentation not only included comments about King’s passion for love and the power of non-violence, he also highlighted how King sometimes became discouraged because of the violent actions of the Ku Klux Klan and the bickering that sometimes occurred among members of his own community. Shepherd stressed how regardless of these moments—King never gave up. King persevered and became a model for people everywhere.  Zaiah shared how King’s drive to create a better future for everyone lives on in himself and others, and in the work of groups like Black Lives Matter.  In January, Zaiah was invited by the NAACP in Atlanta, Georgia, where he previously resided, to deliver his speech before an audience of hundreds at the observance of Dr. Martin Luther King, Jr. Day. His presentation was highly praised and featured on Atlanta’s WSB-TV Channel 2 News.  Zaiah just completed the fourth grade at St. John’s Lutheran School in Moreno Valley.