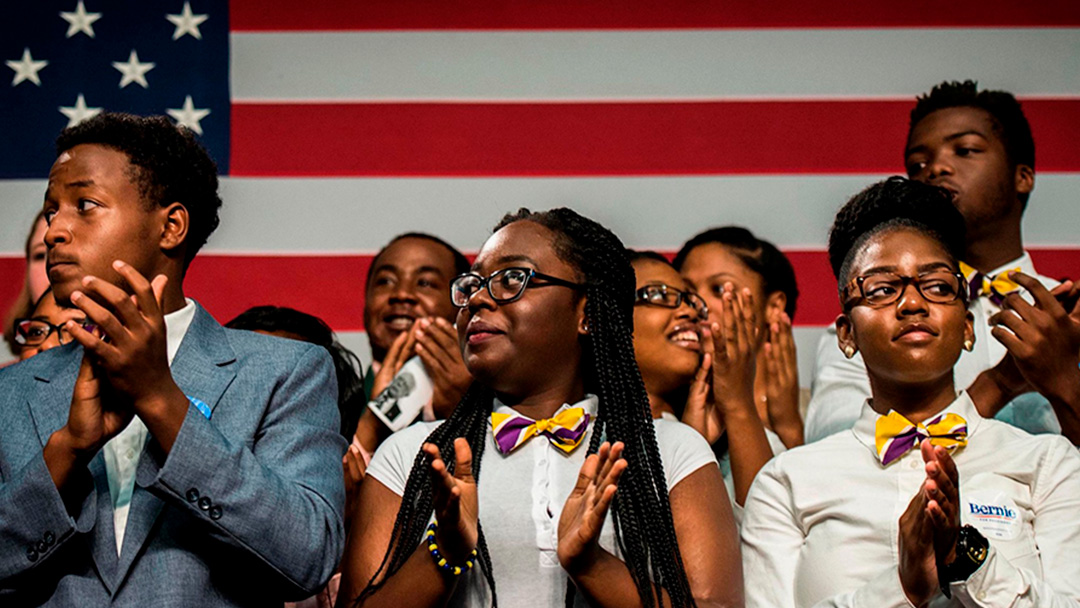 Riverside, CA – According to the nonprofit organization Color of Change young people of color will account for 45 percent of voters between the ages of 18 and 23 in 2020. This is in stark contrast to voters aged 56 and older who are about 75 percent White.

If the past is prologue young Black voters are projected to show up in strong numbers in 2020 based on their turnout in the 2018 midterm election. In 2018 they accounted for 35 percent of voters between 18 and 23 compared to a turnout rate of 24 percent in the same age group in 2014.

Also, 2019 was expected to be the crossover year for Millennials to overtake Boomers in the general population in 2019 as their numbers swell to 73 million and Boomers decline to 72 million and  Generation X (ages 36 to 51) is projected to surpass the Boomers in population by 2028.