WVWD Whistleblower Case Ends in Whimper and Battle Over Who Pays $50,000 Legal Bill 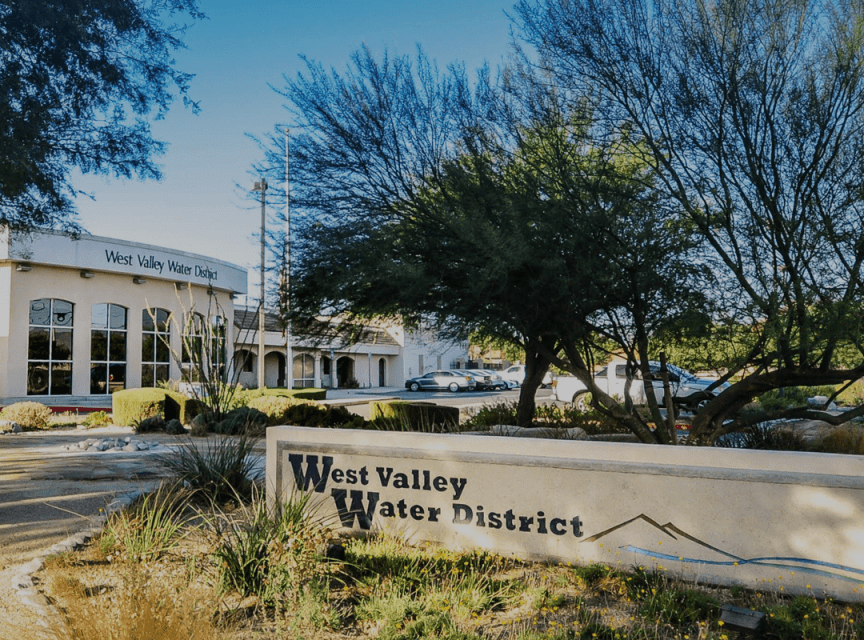 “Qui Tam [Whistleblower] Plaintiffs have not established how their lawsuit would accomplish more than what the Controller’s audit has already done in exposing financial impropriety at the District.”

Now, Defendants Robert Tafoya and Tafoya & Garcia, LLP are seeking legal fees in the amount of $48,156.00 and costs of $2,722.40 totaling $50,878.40 from the plaintiffs while detailing their  bad acts.  The motion for attorney fees does not specify which Plaintiffs they are seeking to hold responsible for its legal fees and costs. 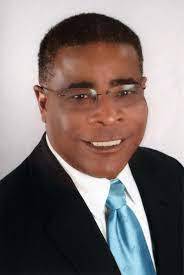 In their whistleblower complaint filed in February 2019, Dr. Young, Romero, and Davis alleged after Taylor was elected as director of WVWD on November 7, 2017, he moved to have Attorney Robert Tafoya (Tafoya) of Tafoya & Garcia LLP. (T&G) serve as its general counsel, then hired several co-conspirators after which numerous false claims for payment were submitted and paid by the district, in violation of the California False Claims Act (CFCA) and alleging WVWD approved contracts for which board members had a financial interest, in violation of Government Code Section 1090.

They also charged that after Taylor, Tafoya, Mansell, Pacheco, and Martinez were in place at WVWD, the water district experienced an increase in contracts for professional services, which were awarded as no bid contracts to their friends and affiliates where district funds were expended without approval, and without justification, constituting the purported misappropriation of district funds and that Tafoya, in turn, distributed kickbacks, bribes and campaign funds.

Taylor, Tafoya, and Pacheco all have ties to the City of Baldwin Park–Taylor was the city’s police chief, Tafoya is the city attorney, and Ricardo Pacheco is a former city councilmember.

Dr. Young, Romero and Davis alleged at Taylor’s direction, WVWD retained Kaufman PC., and AYS to provide legal services. These same law firms were then enlisted to investigate Dr. Young, Romero and Davis and in exchange for the Kaufman PC and AYS contracts, the law firms purportedly paid bribes, kickbacks to involved WVWD directors and staff. They were also accused of handing out campaign contributions to WVWD directors.

The Qui Tam plaintiffs alleged at Taylor’s direction, WVWD improperly contracted Katherman for consulting services “pertaining to Water Policies and Procedures, Replenishment of the Basin, District Branding and Marketing, and other District administrative issues or matters” and in turn Katherman paid bribes, kickbacks and campaign funds to involved WVWD directors. 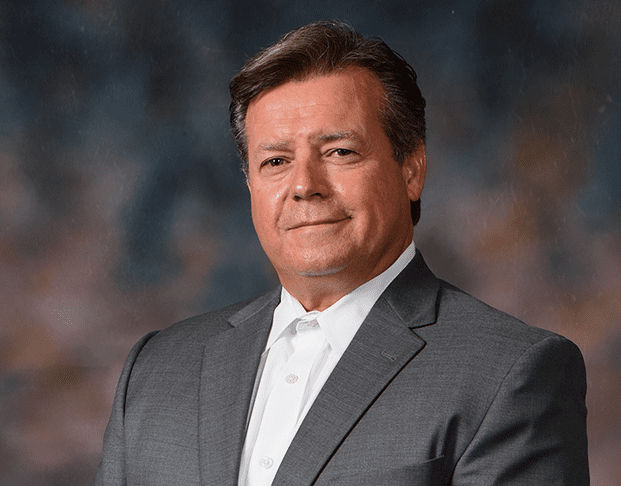 Undoing of the Whistleblower Lawsuit

In the end, the whistleblower lawsuit plaintiffs were unable to withstand numerous challenges to its complaint and amended complaints with Defendants T&G, Tafoya, Kaufman PC., Kaufman, AYS., Albright, and Katherman claiming WVWD, Dr. Young, Romero and Davis’ lawsuit was filed to stop investigations into Dr. Young’s “illegal and unethical behavior,” investigations being conducted by T&G, Kaufman PC and AYS.

The California False Claims Act (CFCA), Government Code Section 12652, allows a person to bring a civil action in superior court for damages and penalties against those who knowingly submit false claims for money, property, or services to the State of California or political subdivisions of the state. Such civil suits are commonly referred to as whistleblower lawsuits.  The person(s) filing such a lawsuit is referred to as the Qui Tam plaintiff and the complaint is typically filed under seal.

In her October 20, 2020, ruling, Los Angeles Superior Court Judge Yvette Palazuelos explained the CFCA is “designed to prevent fraud on the public treasury” and holds the person making fraudulent claim for payment liable, instead of the government’s wrongful payment or the underlying fraudulent activity.

According to the court’s October 20, 2020, ruling, Qui Tam Plaintiffs Dr. Young, Romero and Davis, claiming whistleblower status, alleged that “they took several steps at the District to investigate and report on the alleged kickback and bribery scheme between the defendants and co-conspirators but were not successful in ceasing the activities” they described in their complaint while the defendants and co-conspirators continued to further conceal misdeeds from public view.

On September 17, 2020, the court dismissed the first two causes of action for violations of the California False Claims Act and allowed the Qui Tam plaintiffs until November 5, 2020, to file a Third Amended Complaint on the third cause of action for violation of Government Code Section 1090, which prohibits any director from voting on a contract where he/she has a financial interest.

The court explained as to the False Claims Act violations, “If the government knows and approves of the particulars of a claim for payment before that claim is presented, the presenter cannot be said to have knowingly presented a fraudulent or false claim. In such a case, the government ‘s knowledge effectively negates the fraud or falsity required by the FCA.”

The court stated it appeared WVWD knew of Tafoya’s gifts to Board members and that it did not comply with its own procurement policies, yet still continued to pay invoices to T&G and other suspected invoices and determined that non-conspiring director Greg Young and Qui Tam Plaintiff Dr. Young accepted from Tafoya an all-expenses paid trip to an Arizona Cardinals football game.

In addition, the court found non conspiring director Greg Young openly challenged T&G’s October 2018 invoice as not reflecting the services provided and Dr. Young objected to the vendor selection process when another suspected contract was approved.

The court found the non-conspiring Board members’ claims they “were unaware of the illegal scheme and fraudulent activity” not credible, opining, “It appears that even the non-conspiring Board members were on notice that certain contracts and invoices might be suspect” while noting that WVWD possesses the information that could prove or disprove the fraud allegations, yet, it has refused to provide such information to Qui Tam Plaintiffs.

The court ruling concluded, “Where a public disclosure has occurred that authority is already in a position to vindicate society’s interests . . .a Qui Tam action would serve no purpose.”

The court determined the California State Controller’s audit, which investigated and disclosed the allegations made in Dr. Young, Romero and Davis’ Second Amended Complaint, found irregularities in approving vendor contracts publicly disclosing the fraudulent allegations or transactions at WVWD.

The court explained, “Qui Tam Plaintiffs have not established how their lawsuit would accomplish more than what the Controller’s audit has already done in exposing financial impropriety at the District.” 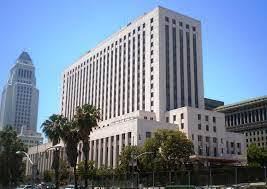 Dr. Young, Romero and Davis failed to file their Third Amended Complaint by November 5, 2020, as ordered by the court, thereby losing their whistleblower case. They now face a June 16, hearing where the court will decide whether to issue a judgment for legal fees and costs in the amount of $50,878.40 against Qui Tam Plaintiffs.

The lawsuit divided the WVWD board members pitting members Dr. Clifford Young and Greg Young against Michael Taylor, Kyle Crowther who are aligned with WVWD General Counsel Robert Tafoya. The issue has spilled over and resulted in several added legal actions.

On January 17, 2020, Naisha Davis sued WVWD, its former general manager Clarence Mansell, Jr., Robert Tafoya, the Tafoya Law Group APC and Tafoya & Garcia, LLP. in the Los Angeles Superior Court.  On September 22, 2020, a change of venue to the San Bernardino Superior Court was granted where the parties are continuing to litigate with a hearing scheduled for June 30.

On October 26, 2020, Patricial Romero sued WVWD for wrongful termination in San Bernardino Superior Court.  A jury trial has been scheduled for March 6, 2023.

A hearing on Dr. Young, Romero, and Davis’ SLAPP motion was heard on June 2, with the court ordering additional briefing after which the court will take the matter under submission and subsequently issue its ruling.  A hearing is scheduled on the matter for June 29.

The IE Voice and Black Voice News will continue reporting on this evolving story.