Without Question , Everyone Must Be Counted 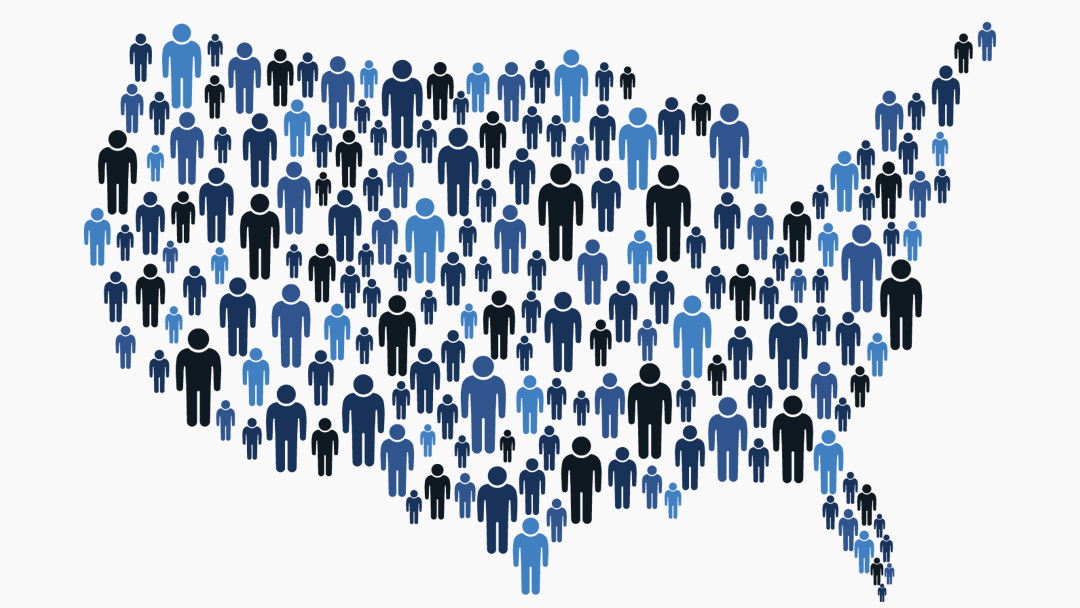 The 2020 Census is approaching, and many community leaders are concerned that the accuracy of the count may be at risk.

Article 1, Section 2, of the U.S. Constitution mandates that every ten years an official count of the nation’s population be completed. The data from the count is used to determine the distribution of Congressional seats to the states, make planning decisions about community services including—services to the elderly, roads and schools, job training centers, distribution of billions of dollars in federal funds to local, state and tribal governments and to provide information for Social Security and other retirement benefits, passport applications, etc.
The census requires that every resident be counted regardless of citizenship. As a result, when the Commerce Department instructed the Census Bureau to add a question about citizenship to the 2020 Census form earlier this year, it raised a red flag in many parts of the country.

Nationwide concerned organizations are pushing back against this change and asking citizens to make their voices heard on this important issue. The Census Bureau is now seeking public comment on the Commerce Department’s decision to add the citizenship question to the 2020 census before Congress gives final approval to the questionnaire.

The federal government has claimed it is simply reinstating a question that was part of every census except the one taken in 2010, and that it will merely provide additional information regarding who is in the country. However, the Census Bureau has not asked all households to respond to this question on the census since 1950.

Adding the question, however, was not the spontaneous idea of the U.S. Department of Commerce. Attorney General Jeff Session pushed for the question’s inclusion. For someone like Sessions with a long history of working to suppress voting rights, most found it hard to believe as claimed, he was motivated to request the question’s addition out of an abundance of concern over wanting a better count of voting-age citizens from the census, claiming it was needed to help him enforce protections against voting discrimination under the Voting Rights Act.

Despite the government’s alleged reasons and based on the current administration’s hardline against certain immigrants and asylum seekers, critics are concerned the addition of any citizenship question to the 2020 census will heighten fears among an already traumatized immigrant community and keep millions of immigrants from completing the census surveys as mandated. Their failure to participate will throw off the count and negatively impact their communities of residence.

An inaccurate census count will distort the apportionment of congressional seats as well as the allocation of federal funding for infrastructure. Most significantly, it will potentially harm communities, like those in the inland region and elsewhere across the country where Latinos are most likely to reside—cities and blue states will experience the brunt of the impact.
Critics believe the impact of this question will serve two goals of the current administration. Firstly, it will provide information that can be leveraged by the administration in pursuit of its aggressive immigration policies, while at the same time potentially reducing the allocation of congressional representation and federal funding to the communities where these individuals and families reside—communities like Riverside and San Bernardino Counties located in blue states like California.

California’s suit made two clear arguments against the addition of the citizenship question. First, that adding the question violates the “actual Enumeration” clause of the Constitution. The suit claims that inclusion of the question, “directly interferes with fulfillment of [the] constitutional responsibility [of the federal government], as delegated by Congress, to conduct an ‘actual Enumeration’ of the U.S. population.”
Second, the state claimed to add a question about citizenship violates the Administrative Procedures Act which prohibits federal agency action that is arbitrary, capricious, an abuse of discretion, or otherwise not in accordance with law. The state further claimed the question is, “contrary to constitutional right, power, privilege or immunity; in excess of statutory jurisdiction, authority, or limitations, or short of statutory right.” The lawsuit stated including citizenship question violates all the above.

In addition to these arguments, the states further claimed in their suit that the citizenship question will also impact the accuracy of census data available to argue cases of “vote dilution” under Section 2 of the Voting Rights Act.
In June, NPR published a series of emails between Trump administration officials and Commerce Secretary Wilbur Ross. In a January, memo to Ross from Census Bureau officials they expressed concern that adding this last-minute citizenship question to the 2020 census would cost taxpayers an additional $27.5 million—and that was a conservative estimate.

The report also revealed an email dated July 2017, from Kansas Secretary of State Kris Kobach that stated he was directed by then White House Strategist Steve Bannon, to express concern about the lack of a citizenship question on the 2020 Census. Kobach told the Commerce Secretary, to include what he defined as “aliens” in census numbers for congressional reapportionment was a “problem.”

Kobach and Bannon appeared to clearly disregard the nation’s history and the fact that non-citizens have been included in census counts used to reapportion congressional seats since the nation facilitated its first official census in 1790. Kobach even went so far as to suggest wording for the citizenship question that would inquire about non-citizens’ immigration status.

The 2020 Census will shape the American landscape for at least the next ten years. Organizations like the National Association of Latino Elected and Appointed Officials Educational Fund, Asian Americans Advancing Justice, Leadership Conference Education Fund, National Urban League, a former Director of the House Census and Population Subcommittee and other concerned groups have coalesced to raise awareness on this important issue.

In March, Arturo Vargas, Executive Director of the National Association of Latino Elected and Appointed Officials Educational Fund reported that Census Bureau field representatives conducting other surveys and experiments had already noted widespread and unprecedented fear among test respondents over the citizenship question.

Commenting on the citizenship question controversy Vargas stated, “Adding a question on citizenship at this time would only fan the flames of fear and distrust in the census, further risking depressed response rates. There are no second chances with the census.”

You are encouraged to submit your comment on this important issue before the August 7 deadline here or by going to www.federalregister.gov/documents/2018/06/08/2018-12365/proposed-information-collection-comment-request-2020-census.