What’s in the Water? Everyone Should Be Concerned. . .Pt 2 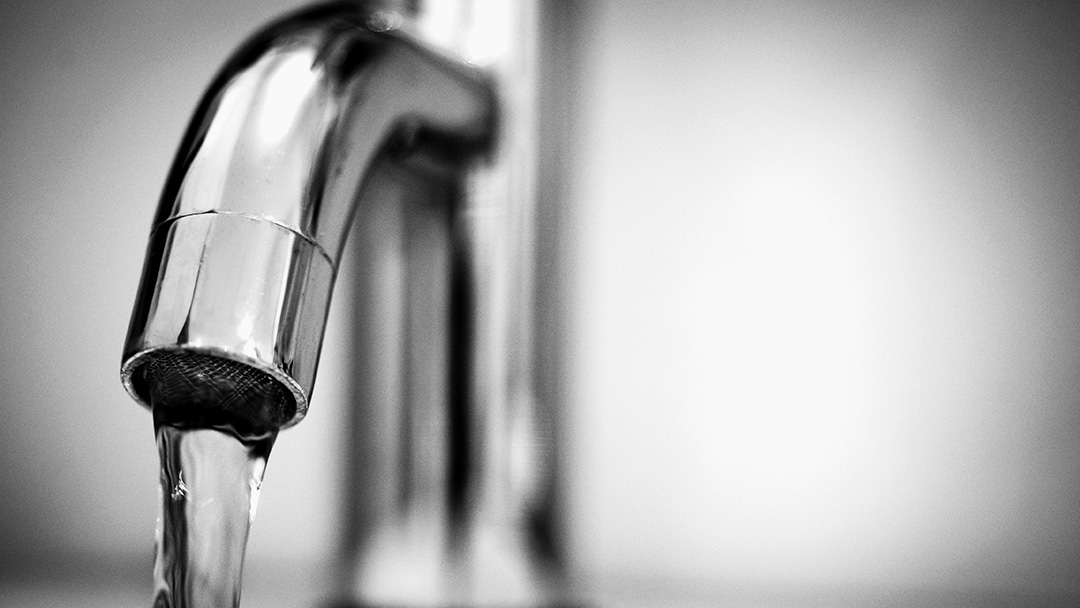 Last week we opened this series by exploring the impetus behind the California State Water Resources Control Board’s first-of-its-kind public meeting related to a critical emerging contaminant category, PFAS, that will impact thousands of industrial facilities and drinking water systems across the state over the coming years.

Part of what probably played a role in the recent surge in focus on this issue may be owed to a hearing held late last year by the U.S. Senate Subcommittee on Federal Spending Oversight and Emergency, of the Committee on Homeland Security and Governmental Affairs.

The issue was raised by Senator Gary Peters of Michigan who stressed that many communities in his state have exposure to this chemical in addition to the lead trauma experienced in Flint.

California Senator Kamala Harris who participated in the hearing reported, “Multiple water systems across California have tested positive for PFAS concentrations above recommended levels with our military bases experiencing especially high concentrations of PFAS from foams that have been used to put out aircraft fires.”

She added how chemicals associated with PFAS can accumulate and stay in the human body for long periods of time with potentially devastating impacts. Studies show that PFAS can increase cholesterol levels, lead to low infant birth weights, thyroid hormone disruption, and to an increased risk of cancer.

“As we learn more about the toxic nature of these chemicals,” Harris cautioned, “it is critical that the government take steps to protect public health, improve data gathering and transparency, increase public awareness and education, and make decisions based in fact and hard science.”

Harris then turned her attention to the president and his administration. “I am very troubled by reports that administration officials sought to block publication of a report on this PFAS contamination crisis because they feared ‘a potential public relations nightmare.’ Our government should not pretend that PFAS contamination is not happening, and we should do something about it.”

She further advised those in attendance at the hearing of how California had taken a leadership role on this issue earlier in the year by being the first state to begin a process toward considering carpets and rugs containing PFAS chemicals a priority product under the California’s Safer Consumer Products Program.

During the testimony of panelist Peter Grevatt, PhD, Director of the Office of Ground Water at the Environmental Protection Agency (EPA), he reviewed the history of PFAS noting they are manmade chemicals in use since the 1940s, found in a wide variety of consumer products—noting they are also an ingredient in firefighting foam. “PFAS manufacturing and processing facilities, airports, and military installations are some of the contributors of PFAS releases into the air, soil, and water,” he added.

Next, he zeroed in on a sobering reality, “Because of their widespread use, most people have been exposed to PFAS, and there is evidence that exposure to certain PFAS may lead to adverse health effects.”

“Water is the first need of every living being. As such, having access to water is not enough if that water is contaminated—we must demand access to clean water.”
Unknown

Grevatt went on to highlight actions already taken by the federal government to gain control over this issue. Under the Toxic Substances Control Act (TSCA), the agency has issued various significant new use rules for certain PFAS chemicals to guard against their reintroduction or new use without prior EPA review; under the Safe Drinking Water Act (SDWA), the EPA has also monitored for six PFAS to understand the nationwide occurrence of these chemicals in drinking water systems; and, as far back as 2016, the EPA issued drinking water lifetime health advisories for two of the most well-known and most used PFAS—PFOA and PFOS (as discussed in Part 1 of this series). The advisory was set at 70 parts per trillion.

The agency is currently working to accelerate research on the contaminant to not only better understand their health impacts, but also to identify and define options for treatment. In addition, the agency is committed to using what they know about PFOA and PFOS to help inform them about the potential impacts of other PFAS in the environment and potential impacts on human health. 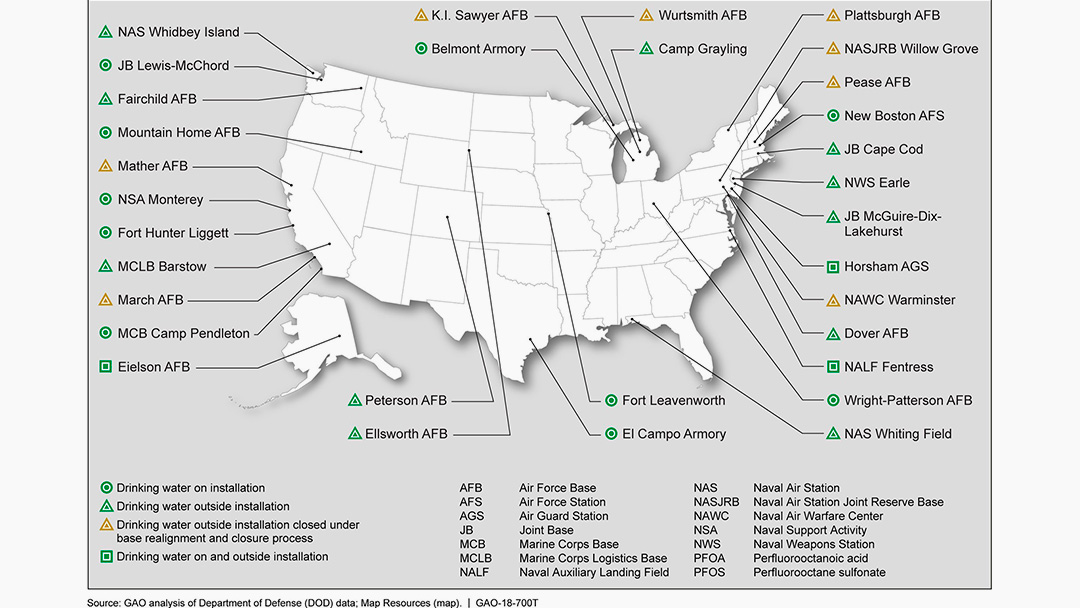 During his testimony, Grevatt committed to the EPA’s focus on what he described as “four significant actions.” They included evaluating the need for a maximum contaminant level for PFOA and PFOS; moving toward the designation of PFOA and PFOS as  ‘‘hazardous substances;” developing groundwater cleanup recommendations for PFOA and PFOS at contaminated sites; and finally, developing draft toxicity values for two other PFAS of concern—GenX and perfluorobutane sulfonic acid (PFBS).

Department of Defense (DOD) Deputy Assistant Secretary Maureen Sullivan began her testimony with the following statement, “Ensuring the health and safety of our servicemembers, the families living on our installations, and the surrounding communities is one of our top priorities.

She went on to explain how firefighting foam containing PFAS has been used by DOD, commercial airports, local fire departments, and the oil and gas industry. But, qulified its impact by claiming, “[I]t only accounts for approximately 3 to 6 percent of the PFAS production in the calendar year 2000, and DOD is just one of many users.”

Sullivan testified how in recent years, the Defense Department committed resources and responded to PFOS and PFOA concerns. The agency voluntarily tested the 525 drinking water systems at military installations worldwide. The first step was to identify the source of known or suspected releases; determine whether there is exposure through drinking water and, if so, cutoff human exposure where drinking water exceeds EPA’s lifetime health advisory; and finally, prioritize the worst first, for mitigation.

“As we learn more about the toxic nature of these chemicals…it is critical that the government take steps to protect public health, improve data gathering and transparency, increase public awareness and education, and make decisions based in fact and hard science.”
Sen. Kamala Harris 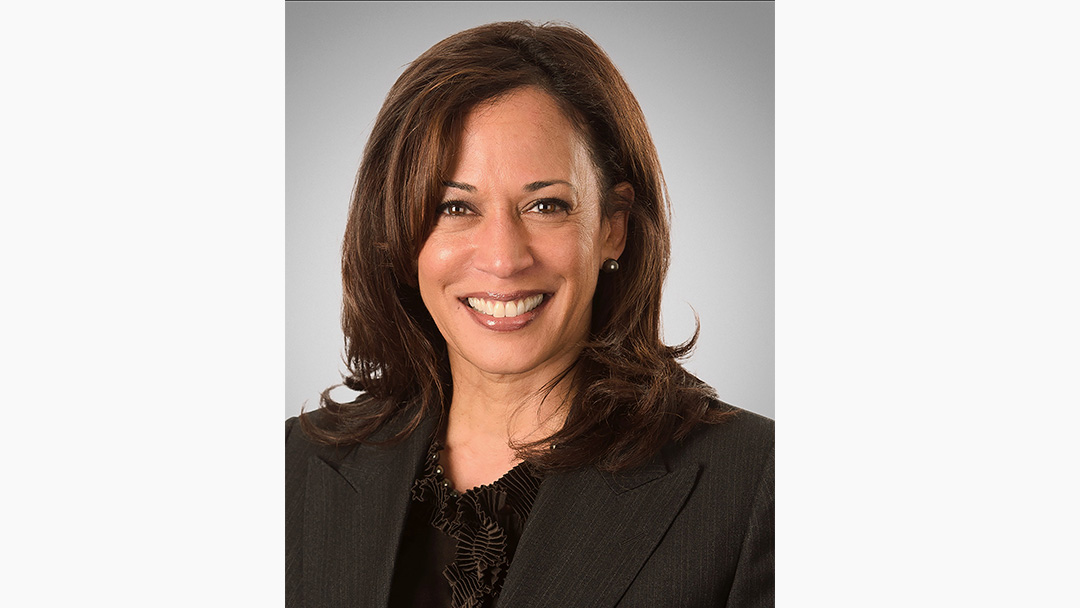 In early March, the Environmental Working Group reported it had identified and mapped 106 military sites in the country where drinking water or groundwater is contaminated with PFAS and stressed—”this is only the tip of a toxic iceberg.”

Linda Birnbaum, PhD and Director, Department of Health and Human Services advised those in attendance at the hearing, “The use of PFAS is growing, and they are being incorporated into more processes and products than ever before.” She continued, “PFAS are now ubiquitous and have been identified in even the most remote environments.”

Birnbaum noted that although further human studies are necessary, “[S]tudies in animals support our understanding of the biological underpinnings for these associations.”

In the meantime, the Environmental Working Group has estimated PFAS is in the drinking water of no less than 110 million Americans.

During the Senate hearing, Andrea Amico, co-founder of a community action group near a military base in New Hampshire, summed up the concerns of citizens across the country when she declared, “Communities need action now. For far too long, our government has not taken swift and meaningful action to address PFAS contamination. Although a large amount of contaminated communities has been identified in the last few years, the reality is that these communities have been exposed to these harmful contaminants for decades and are already suffering the consequences of this exposure. We need action now, and we cannot wait any longer.

On November 10, 2017, two PFAS—perfluorooctanoic acid (PFOA) and perfluorooctane sulfonate (PFOS)—were listed by the State of California as “known to cause reproductive toxicity” under California’s Safe Drinking Water and Toxic Enforcement Act, Proposition 65, originally enacted in 1986. As a result, companies must comply with the “clear and reasonable warning” standard for all products that expose people to significant levels of PFOA or PFOS.