There was a healthy discussion at the recent Westside Action Group meeting concerning the San Bernardino Police Department’s pending selection of a new police chief and the lack of diversity on its staff. Everyone had their opinion or reason for selecting someone other than the current acting chief, Eric McBride.

The group shared information regarding McBride not taking a chief of police position in the City of El Monte because Latinos there protested his appointment due to an anti-immigration policy McBride passed when he served as Mayor of Hemet where he lives.

This triggered my comment regarding the City of San Bernardino’s recent hiring of a new Public Works Director named Kristen Jensen from Hemet. I know there must be a connection to McBride.

All of this fits a pattern that I heard about on Tuesday that another employee from Hemet works in the city manager’s office; and, recently retired Police Chief Jarrod Burguan has a daughter working in the Finance Department. I am suspicious that a lot of nepotism and cronyism runs rampant in this city’s workforce.

City Manager Teri Ledoux said in a recent conversation she would like to assess the police department’s management and staffing patterns, budget and other protocols to maximize an efficient operation.

While I agreed with her, I added she also needs to develop a five-year plan, that is reviewed and updated annually, to increase employment and promotional opportunities for Blacks and other minority groups in all positions throughout the department.

This must be a policy and plan that is passed by the mayor and city council with the authority and responsibility to develop and implement it resting with human resources manager in coordination with the city manager.

Another concern raised by Alton Garrett, past president of WAG and former staff representative of United States Senator Barbara Boxer, was in relation to the city not opening up the position of police chief to the general public so people not currently working for the city could apply as they are doing in the City of Riverside. 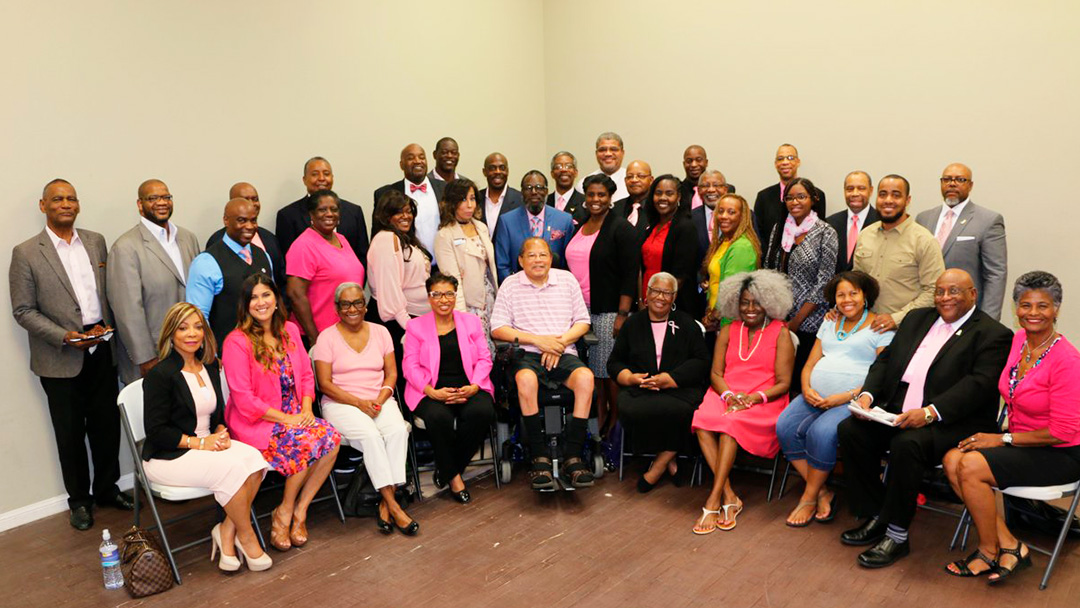 Garrett went on to say this is a shame that over the past 150 years no Black has even been considered. He was interrupted and told it was 114 years; however, after reviewing my history of how long Blacks have been in San Bernardino, Garrett is correct.

A 2016 article in the Sun stated, “In 1826, 27-year-old Jedediah Strong Smith (1799-1831) and his fur trapping party from northern Utah became the first Americans to make an overland journey to California. Anxious to explore the country between the Rocky Mountains and the Pacific Ocean, the party traveled southerly to the Mohave villages and then followed what has become known as the Mohave Trail, a footpath used as a trade route by Indigenous tribes for centuries. Among his expedition of 15 men was Peter Ranne, the first Black man to enter San Bernardino County.” That was well over 150 years ago, soon to be 200 years in 2026.

Not only is the city of Riverside seeking community input for the selection of its new police chief, but the City of Fontana is seeking citizen input for a new city manager and the California State University System is conducting “Listening Tours” throughout the state as it prepares to select a replacement for retiring Chancellor Dr. Timothy White.

All of this discussion at WAG was directed at and for the benefit of City Council Member Bessine Richard of the 6th Ward, who had accepted the invitation of Stan Futch, President of WAG. She took copious notes of the concerns and the tenor of the discussion and apologized for not attending more sessions explaining it is difficult for her to attend noon meetings.

If that was not enough, WAG members took a deep breath when former Council Member Rikke Van Johnson spoke up to inform them that the number two person the city is considering for the position of assistant police chief has a reputation for shooting Black people and his actions have cost the city millions of dollars in lawsuit settlements.

Rikke should know because he represented the 6th Ward for 12 years. So, he and the community share the concern of San Bernardino Police Department’s long history without a single Black police chief.

I shared with them the position of the Police Officers Association, who said to the city manager and I quote: “He (McBride) knows not only the City of San Bernardino, but also the organizational structure of the SBPD, our policies and procedures, our personnel, and our culture.”

The way they used the word culture in this sentence sent my antenna up as a loaded word for race. Let me share with you what EEOC says about Culture Fit. You should avoid basing your “Culture Fit” on people who look like, act like, and speak like you. From my experience of investigating discrimination complaints for over 30 years you understand these well-meaning comments that have racial and gender biases built into them. In others, words ‘no’ Blacks, Latinos, Asians, Native Indians or women will fit in with this police department in a management position.

WAG was aligned in its belief this is what led the city’s only Black female lieutenant to leave San Bernardino two months ago to become the Chief of Police for the Riverside Community College Police Department.

In addition to this important discussion, the WAG meeting was also centered on Breast Cancer Awareness Month. All proceeds from the meeting went to the American Cancer Society. Many WAG members’ lives have been impacted by the affects of breast cancer on their mothers, aunts, sisters, wives and cousins.