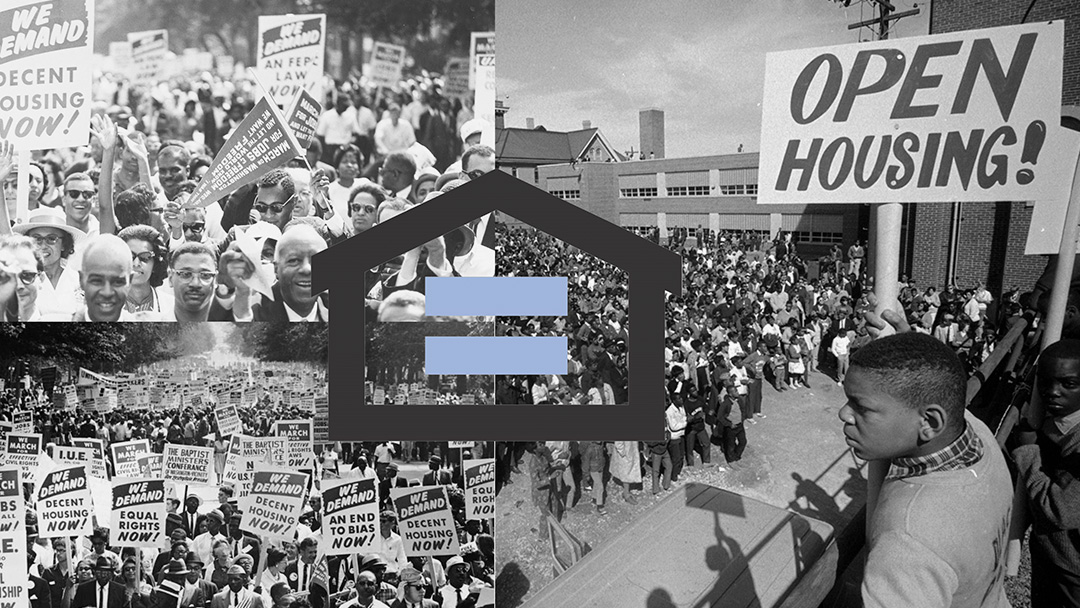 The National Fair Housing Alliance (NFHA) has revealed what it described as unprecedented attacks on Fair Housing.

The organization is a consortium of more than 220 private, nonprofit fair housing organizations, state and local civil rights agencies, and others who, since 1988, have worked to eliminate housing discrimination and to ensure equal housing opportunity for all.

The number of housing discrimination complaints in 2018 rose by eight percent to 31,202, the highest since NFHA began producing the annual Fair Housing Trends Report in 1995. In addition, fair housing groups have process 75 percent more complaints than all other federal government agencies combined.

The Fair Housing Act has typically enjoyed broad bipartisan support since its passage in 1968. Admittedly some administrations over the years were less than aggressive relative to enforcing the spirit of the Act, experts see the Trump administration as hostile to the most important components of the law and is taking concrete measure to destroy the law according to the NFHA’s Executive Summary.

For example, one of the two most opposing measures implemented by the administration was to suspend what’s called “Affirmatively Furthering Fair Housing” or AFFH. AFFH, a hard-fought-for-regulation finally adopted in 2015 was designed to require recipients of federal funds to take meaningful steps to end segregation and eliminate artificial barriers to fair housing. 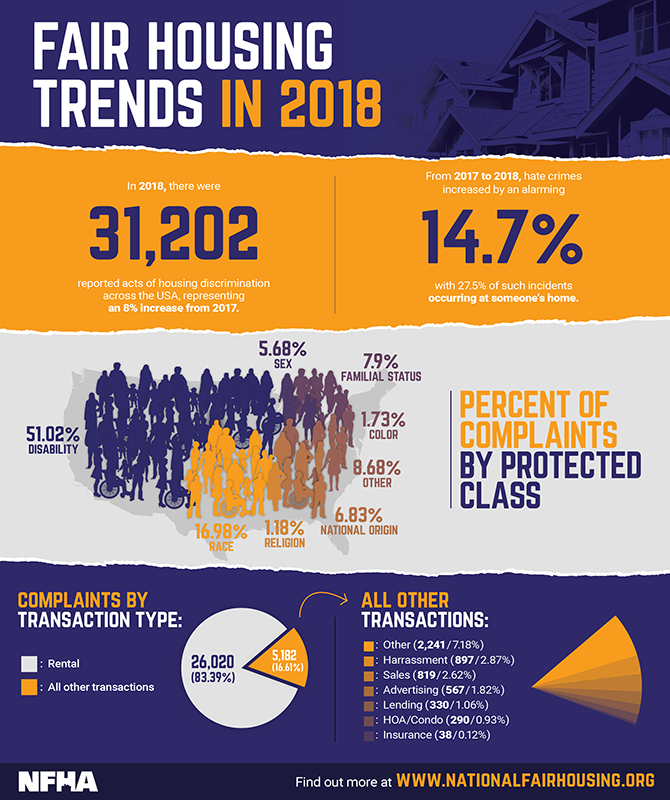 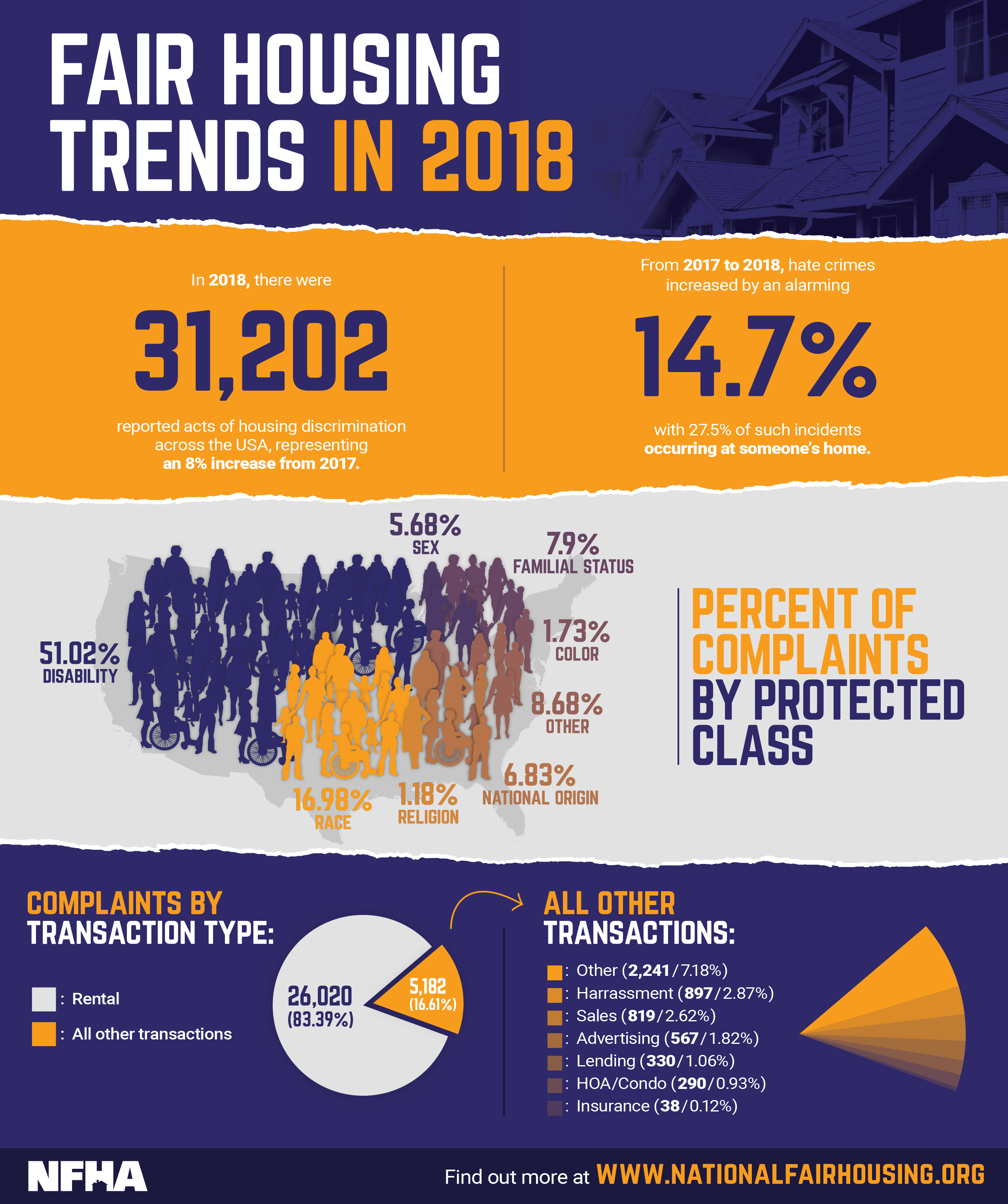 In April as quoted in the report, Carson testified before the House Appropriations Committee and stated in part, “’segregation persists because Black people can’t afford to live in other places,’ and that what we really need to do to make housing fair is to build more affordable housing.”

No one can argue especially in light of the nation’s current housing shortage the creation of affordable housing is certainly important and imminently warranted, “[T]his position should alarm us as it reflects an entire lack of knowledge about the history of racism and the systemic policies and practices embedded in a host of governmental and industry programs.”

By definition harassment against persons in protected classes occurred in the form of coercion, intimidation, and threats, both in the provision of housing or in a housing setting; yet, housing-related harassment is clearly illegal under the Fair Housing Act.

The NFHA identified these and other findings in the report as being clearly reflective of “the societal decline in civility and fairness (in the age of Trump) and those filled with bias and hate feel emboldened to act with impunity.”

In 2018, 2,991 complaints or 9.59 percent of all complaints received by fair housing organizations fell into the “other” category. Complaints in this category increased by 605 over 2017.

In addition, the 1988 Fair Housing Amendments Act (FHAA) authorized the Department of Justice (DOJ) to challenge discriminatory mortgage and other lending practices and to educate lenders about their obligations under the Fair Housing Act. Yet, this appears to be another area where the administration may be underperforming relative to its responsibilities. DOJ’s Housing and Civil Enforcement Section (DOJ) filed only 24 cases during FY2018, a decrease from the 41 cases filed the previous year.

The NFHA report also reflected information from the Center on Budget and Policy Priorities which represented that due to funding limitations only one in four households eligible for housing assistance, receives that assistance.

These are just some of the highlights touched on in the report. In summary, Lisa Rice, President and CEO of NFHA declared, “All the tools and resources we have been afforded by the passage of our Fair Housing Act and fair lending laws are either under attack or being gutted, we must concern ourselves with policies pushed by our federal, state, and local governments that are steeped in hatred and designed to inflict pain.”