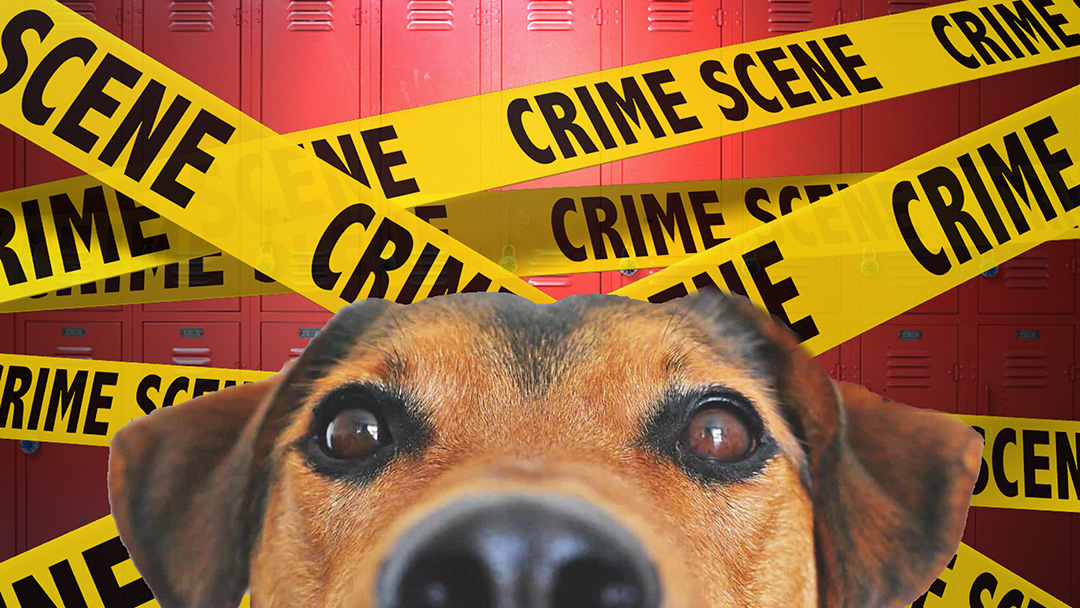 Valley View High School in Moreno Valley (my alma mater) is going to begin bringing police dogs into the school to search students for drugs,” the alumnus shared expressing her concern regarding the importance of this story.

The community of Moreno Valley is 57.9 percent Hispanic or Latino and nearly 17 percent African-American (according to 2017 U.S. Census data) and the idea of using police dogs to sniff out drugs on high school campuses may seem abhorrent to many of them.

Few can argue that drug use among high school students is concerning yet many must also agree the history of how police dogs have historically been used to instill fear and intimidation in African Americans, whether it was dogs in the service of slave catchers chasing Black men through the swamps of Louisiana; or dogs as the tools of Southern racists during the Civil Rights era; or the current day policemen on the streets of any inner city in America—the idea of being searched, hunted, controlled by police dogs is not an image Black Americans like to conjure—especially in relation to their children.

Afterall, history tells us dogs were brought to America by European colonists who used them to intimidate and perpetuate violence against indigenous populations before they began breeding them for use against chattel slaves. So, to acquiesce to their use on school campuses should raise alarm bells regardless of the rationale used to justify it.

The IE Voice/Black Voice News recently reached out to Moreno Valley Unified School District (MVUSD) for clarification on the district’s policy regarding the use of dogs on high school campuses to screen for drugs.

“The safety and security of our students is a top priority for us,” commented Anahi Velasco Public Information Officer for MVUSD. “We conduct the searches as a safety measure to maintain schools that are safe and drug free.”

Yet over the years, several studies have indicated that not only are drug sniffing dogs prone to false alerts, but a highly controversial and inflammatory 2011 study by researchers at UC Davis published in the journal Animal Cognition found that—the detection-dog/handler teams erroneously “alerted,” or identified a scent, when there was no scent present more than 200 times — particularly when the handler believed that there was scent present.”

“It isn’t just about how sensitive a dog’s nose is or how well-trained a dog is. There are cognitive factors affecting the interaction between a dog and a handler that can impact the dog’s performance,” said the study’s lead author Lisa Lit, at the time was a postdoctoral fellow in UC Davis’ Department of Neurology.

“In the old days, they trained them to track down runaway slaves [but]…We don’t run away anymore. Now these dogs are used against us by scared cops,”
– White Dog by Romain Gary

Lit expressed her belief that these cognitive factors might be as important—or even more important—than the sensitivity of a dog’s nose.

During the study there were more alerts on target locations indicated by human suggestion. “Dogs are exceptionally keen at interpreting subtle cues, so handlers need to be cognizant of that to optimize the overall team performance,” noted the study’s senior author, Anita M. Oberbauer, Chair of school’s Department of Animal Science.

According to the American Civil Liberties Union an earlier study conducted at a school district in the State of Washington found, “[D]ogs were incorrect 85 percent of the times they alerted to a substance.”

A new study of drug sniffing dogs used to search automobiles  in Chicago showed used for roadside searches of automobiles found a 56 percent error rate that increased to 73 percent for Hispanic drivers. This seems to reinforce concerns regarding human suggestion.

In March 2019, it was reported gun and drug sniffing dogs were being used at more than two dozen schools across the county.

Although there is concern that drug sniffing dogs can be influenced by the handling officer(s)’ racial biases there are other explanations that may contribute to their unreliability including poor training; a reward system that might incent dogs to react even when no substances are found; or the possibility of police officers feeling pressure to show how costly drug detection programs are working. 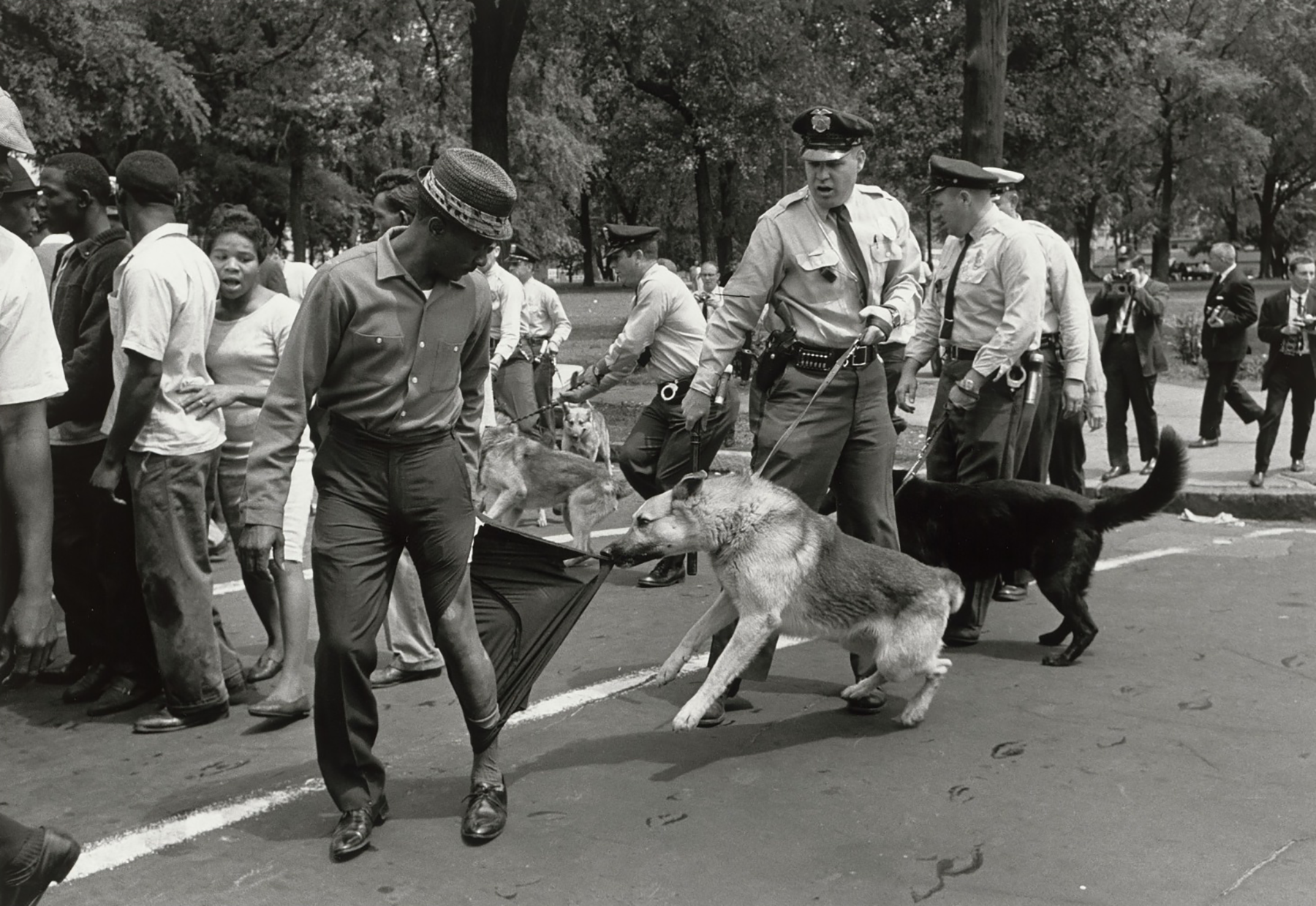 According to Velasco, the drug-detection searches using trained canines occur at any middle and high school to protect the health and welfare of students.

However, the use of drug-detecting dogs on school campuses continues to raise serious constitutional concerns. Do public school students give up all expectations of privacy when they enter school grounds?

According to legal experts although such searches seem invasive, schools can use drug dogs on school campuses during unannounced, random searches, even though the Fourth Amendment prohibits unreasonable search and seizure. This is because the students do not have a reasonable expectation of privacy in the school. Also, courts have acknowledged the compelling interests of schools in maintaining a drug free environment.

The ACLU however appears to disagree. In Kuehn v. Renton School District (1985), a precedent-setting ACLU case, the Washington Supreme Court held that it is unconstitutional for public schools to search large groups of students without individualized suspicion of each person searched.

At the beginning of each school year, parents are presented with a 45-page Parent/Student Handbook that includes the following statement regarding Search and Seizure:

“The Board of Education recognizes the need to ensure a safe environment for students. Therefore, school properties including lockers may be inspected by school authorities in the interest of maintenance, health, and safety. Inspections for the location of weapons and dangerous instruments are matters relating to health and safety and may be regarded as reasonable purposes for inspection by school administrators. Students and their property may be searched when there is reasonable suspicion of a student being in possible possession of an item they should not have or if they have engaged in behaviors that would raise suspicion that the student may be in possession of a contraband item. . . Students should be searched in the presence of an administrator or designee and parents must be contacted, in a timely manner, after a search is conducted. Such searches may include the use of a metal detector, a dog trained to locate illegal or controlled substances, and a Breathalyzer used to determine blood alcohol content.”

Parents who work their way through the 45-page document of small print will find this notice on page 26 of the handbook. Also, according to Velasco, “Schools generally notify parents after the drug-detection search is complete.”

Velasco also claimed she is unaware of pushback from parents or students regarding the searches. “I’ve had a few conversations with parents who inquired about it, but they understood and expressed support for maintaining alcohol and drug free schools.”

The ACLU reports there is little or no evidence to support using drug sniffing dogs on school campuses to reduce or deter drug use or reduce drug-related crimes. In addition, school districts are historically cash strapped and the use of drug sniffing dogs is costly, by some estimates school districts can incur expenses ranging between $12,000 and $36,000 or more every year.

Despite the questionable effectiveness of drug sniffing dogs on school campuses and evidenced by data, the use of drug sniffing dogs in public schools is becoming common place. As a result, privacy advocates believe interpretations of the Fourth Amendment will continue to be challenged in the courts.