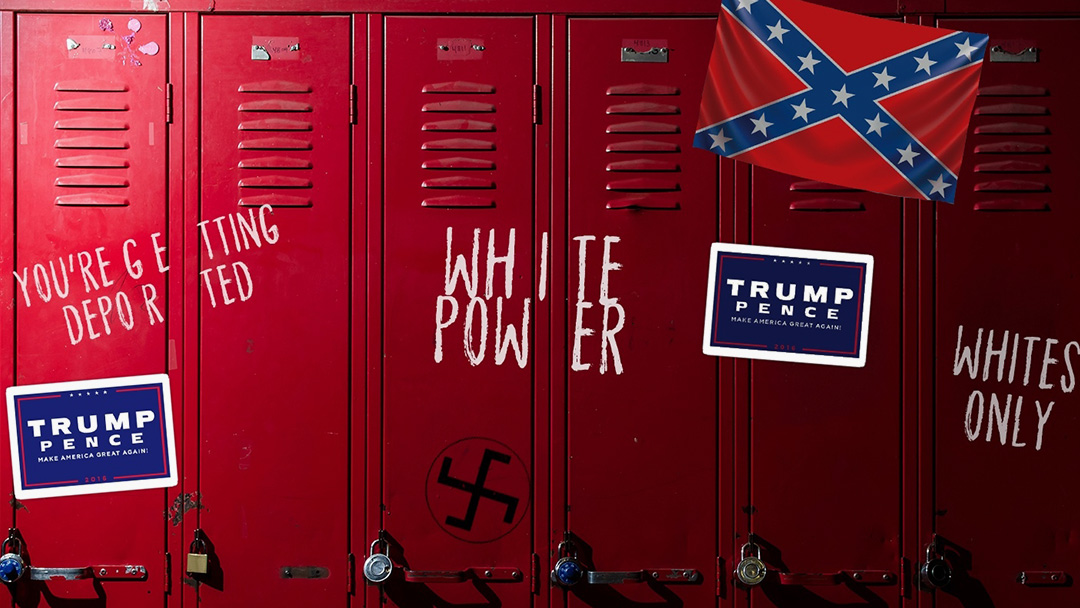 A new study from a team of political scientists at the University of California, Riverside, has found empirical support for what they identified as Trump’s “emboldening effect.”  The researchers surveyed a total of 997 respondents in two online waves in spring 2016, during presidential nomination season to garner an understanding of the impact of Trump’s racially inflammatory rhetoric. The study explores the effect of explicitly racial and inflammatory speech by political elites on mass citizens in a societal context where equality norms are widespread and generally heeded. Despite this there remains a subset of citizens who possess deeply ingrained racial prejudices. In the study authors argued that such speech should have an ‘emboldening effect’ among the prejudiced, particularly where it is not clearly and strongly condemned by other elite political actors.  To test this argument, the study focused on the case of the Trump campaign for president in the United States and utilized a survey experiment embedded within an online panel study.  As reported by UCR, “In the first wave, respondents provided demographic information and their political orientations. To measure respondents’ existing prejudice, the researchers asked them to rate how well the words ‘intelligent,’ ‘lazy,’ ‘violent,’ and ‘here illegally’ describe most Hispanics in America. These are measures often used to capture stereotypes people hold about the Latinx population. During the second wave about a week later, each respondent read one of five articles generated by the researchers. The articles drew on real election content related to either campaign finance reform or immigration and discussed the positions of Hillary Clinton and either Jeb Bush or Donald Trump.” The researchers reported only some articles featured examples of Trump’s racially inflammatory speech. Respondents were subsequently asked to read a short vignette and rate the acceptability of the behavior depicted by a character in the vignette. The main vignette read as follows:  “Darren Smith is a middle manager at an accounting firm and has been working at the firm for nearly eight years. One part of Darren’s job is to supervise the new interns for the accounting firm. While Darren usually likes the interns, he does not like a new intern named Miguel. Darren regularly throws away Miguel’s leftover food in the break-room fridge, claiming that ‘Miguel’s food is greasy and smells up the fridge.” More than 49 percent of respondents considered the behavior completely unacceptable, 42 percent found it unacceptable, the remaining nine percent considered it neutral or acceptable, indicating a tolerance of prejudiced behavior in this instance. In addition, the findings revealed when respondents were not exposed to such rhetoric, the opposite was true. Interestingly, prejudiced individuals appeared to suppress their prejudice by actively denouncing prejudiced behavior. However, the suppression effect slowly dissipates and gives way to tolerance and acceptance of prejudiced behavior once they are exposed to racially inflammatory speech by a prominent political elite like Donald J. Trump.   The conclusions revealed in the absence of prejudiced elite speech, prejudiced citizens constrain the expressions of their prejudice. However, in the presence of prejudiced elite speech—particularly when it is tacitly condoned by other elites—the study found the prejudiced are emboldened to both express and act upon their prejudices.