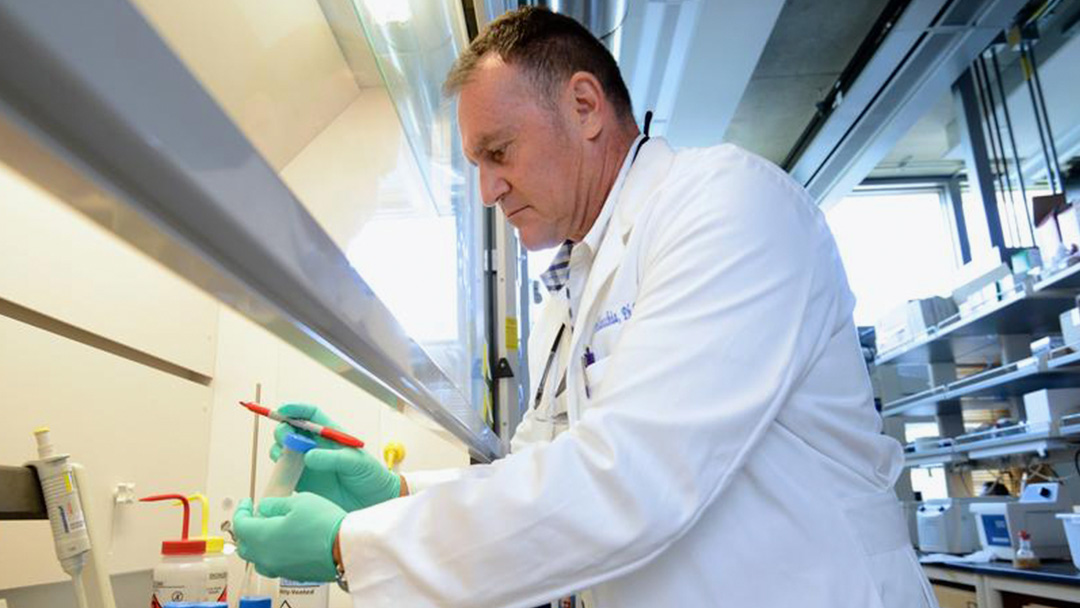 A team of UCR researchers has developed a new approach to targeting cancer cells that by-passes the challenges faced by cancer drugs currently on the market.  A cancer target is often determined to be a rogue protein that causes cancer cells to multiply uncontrollably and invade a patient’s organs. There are existing cancer drugs that work by forming a tight bond between the drug and a particular amino acid called cysteine—one of the 20 natural amino acids that constitute proteins. Cysteine is unique in that it can react with specific organic functional groups to form a strong molecular bond.  Despite this progress only a few of these drugs have FDA approval. Cancer researchers also face an additional challenge—cysteine is rarely found within binding sites of cancer targets thus limiting the ability to use this approach to a few selected targets.     The UC Riverside research team has met this challenge by exploring the development of drugs that target other potentially reactive amino acids which occur more often within the binding site of the target like lysine, tyrosine, or histidine, which occur more often within the binding site of the target. The target they used for proof of concept was a protein-protein interaction (PPI) which represents a large class of possible therapeutic targets. “To date, there is only one drug approved by the FDA that was designed to antagonize  or block a PPI target,” said Maurizio Pellecchia, a professor of biomedical sciences at the UCR School of Medicine, who led the research team. “Only a few others have entered clinical trials.” According to Pellecchia, the approach developed by his team provides novel and effective avenues to block PPI’s. Noting, Our work widens the available target space beyond cysteine. The work by the UCR team could represent significant stepping-stones in the development of novel drugs to work against PPIs, which represent a large an untapped class of therapeutic targets not only in oncology, but also in other conditions including neurodegenerative and inflammatory diseases. The study was supported by grants to Pellecchia from the National Institutes of Health and the City of Hope. The results of the study appear in the Journal of Medicinal Chemistry.