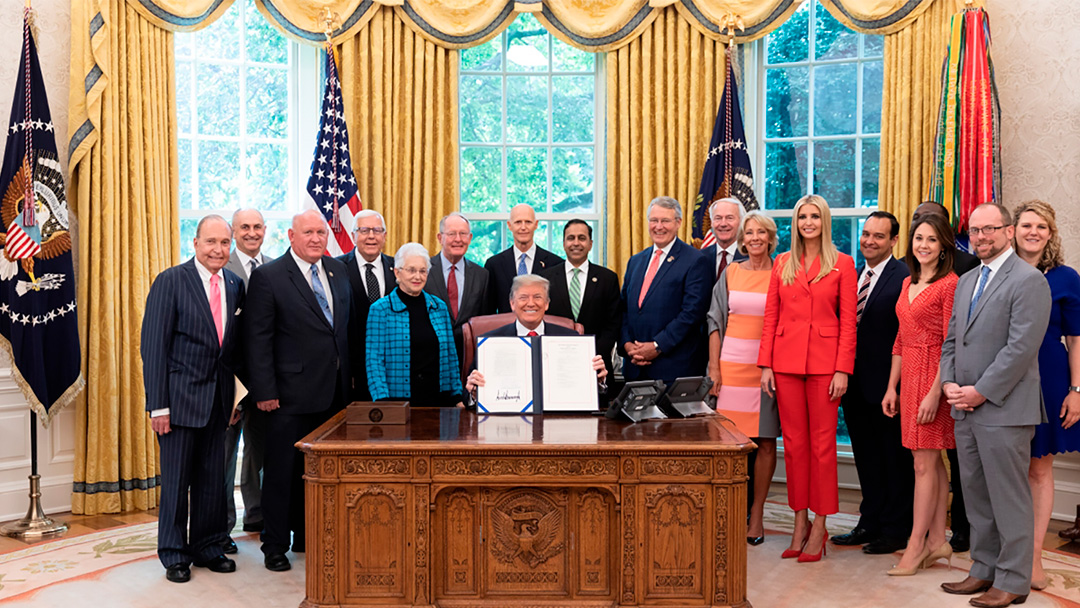 The legislation is a reauthorization of the Carl D. Perkins Career and Technical Education Act.  The $1.2 billion program has not been overhauled by Congress since 2006. The new version of the legislation gives states the freedom to establish their own goals for career and technical education programs. Under this new version of the law, such programs will no longer require approval by the U.S. Secretary of Education among other changes.

The measure will now allow school districts to use federal funds to provide all students, not just those enrolled in career and technical education (CTE) programs, a chance to participate in career exploration and development activities in the middle grades and for comprehensive guidance and academic counseling in the upper grades.

Upon signing the legislation, the president proclaimed, “More than 11 million students and workers will have greater access to better training and more jobs.”

The bi-partisan legislation was passed with strong support from both parties in both houses of congress. One of the bill’s legislative co-sponsors, Congressman Glenn Thompson of Pennsylvania, said last week, “Given the dramatic evolution of our nation’s workforce, it is imperative that we create clear pathways to education and training for students interested in pursuing careers in high-demand industries and technical fields.” He added, “As Co-Chair of the Career and Technical Education Caucus, I am proud of this bill.”

Thompson described the legislation as a, “well-engineered, bipartisan reauthorization aimed at permanently closing our nation’s skills gap. This law will work to restore rungs on the ladder of opportunity for every American regardless of age or background.”