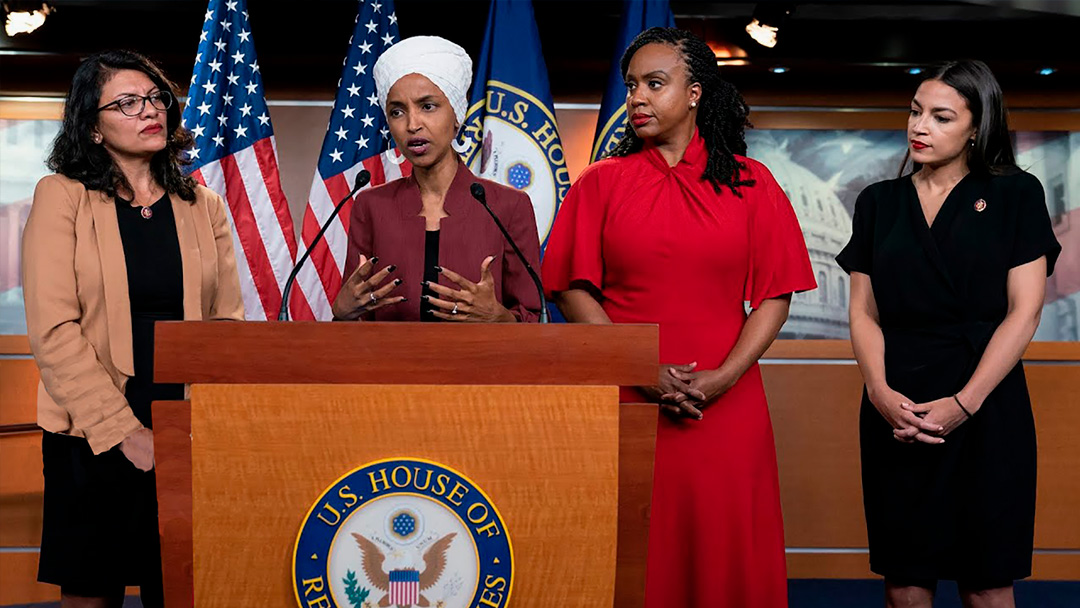 The American president has been far from discreet about his disdain for people of color whether immigrants, naturalized or American born. Though most people of color and many Whites in this nation are of the belief he long ago crossed the line when it comes to racist comments and behaviors not since he first announced his candidacy in 2015, but in the long years of before. Yet, many in the national media and politicians of both stripes have been loath to call his disparaging remarks and behaviors what they were.  Tiffany Cross, Co-Founder, Managing Editor and Curator of the political platform The Beat D.C. advised an MSNBC host last week, “Had we called ‘the thing a thing,’” she declared [criticizing how the national media danced around and equivocated over whether it was appropriate to call the president a racist or whether he wasn’t really a racist and just had a penchant for saying racist things], it’s possible the national dialogue would not have devolved to its current state.  Although this scenario focused on four women of color who are members of the U.S. House of Representatives may not have been foreseen specifically, this or something similar seemed destined to occur.  Others say the president made it clear from the beginning who he is and long ago seemed to signal his intent to be an advocate for the nation’s White nationalists. That intention reached crisis proportions  last weekend by one of his bullying tweet storms followed quickly by his subsequent verbal attacks on the congresswomen. It was this brutish and racist attack that finally pushed congressional representatives to formally sanction the president by condemning him overtly racial comments.  Using historic and painful White nationalist phraseology, the president demanded Representatives Ilhan Omar of Minnesota, Alexandria Ocasio-Cortez of New York, Rashida Tlaib of Michigan and Ayanna S. Pressley of Massachusetts — “go back” to the countries from which they came. All but one of them was born here in the United States and the other is a naturalized citizen.  The resolution began, “Whereas the Founders conceived America as a haven of refuge for people fleeing from religious and political persecution, and Thomas Jefferson, Alexander Hamilton, and James Madison all emphasized that the Nation gained as it attracted new people in search of freedom and livelihood for their families; Whereas the Declaration of Independence defined America as a covenant based on equality, the unalienable Rights of life, liberty and the pursuit of happiness, and government by the consent of the people;” The resolution went on to list other historical statement and beliefs rooted in founding documents and expressed by previous national leaders before concluding:  “Whereas President Donald Trump’s racist comments have legitimized fear and hatred of new Americans and people of color: Now, therefore, be it Resolved, That the House of Representatives— (1) believes that immigrants and their descendants have made America stronger, and that those who take the oath of citizenship are every bit as American as those whose families have lived in the United States for many generations; (2) is committed to keeping America open to those lawfully seeking refuge and asylum from violence and oppression, and those who are willing to work hard to live the American Dream, no matter their race, ethnicity, faith, or country of origin; and (3) strongly condemns President Donald Trump’s racist comments that have legitimized and increased fear and hatred of new Americans and people of color by saying that our fellow Americans who are immigrants, and those who may look to the President like immigrants, should “go back” to other countries, by referring to immigrants and asylum seekers as “invaders,” and by saying that Members of Congress who are immigrants (or those of our colleagues who are wrongly assumed to be immigrants) do not belong in Congress or in the United States of America.”