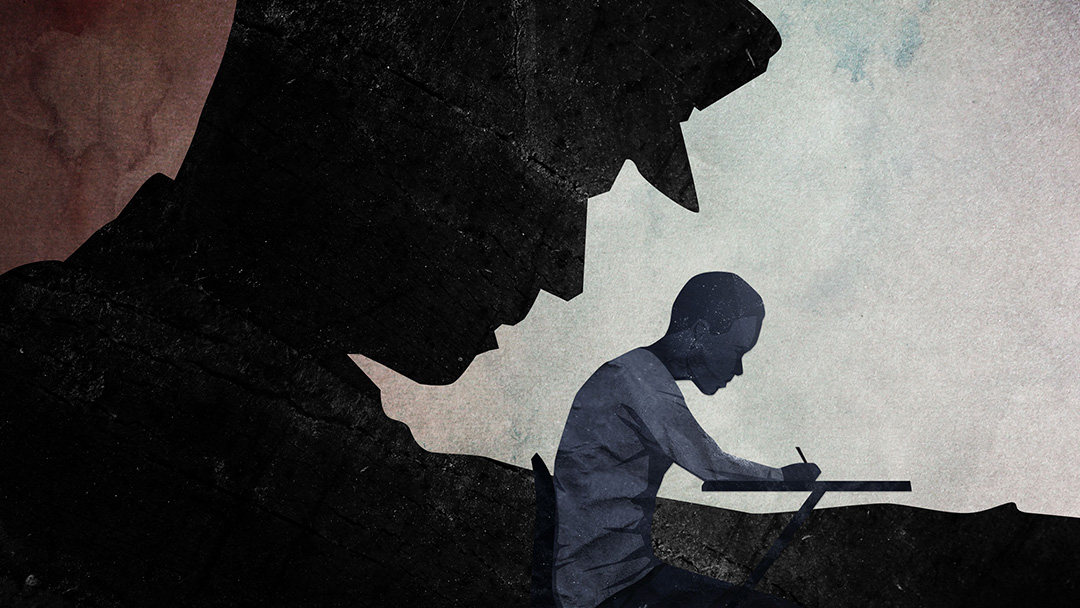 An important case currently winding its way through the legal process has received only nominal public attention, yet its outcome could have continued negative impacts on the lives of Black and Brown youth in Riverside County for years to come.

When Riverside introduced the Youth Accountability Team (YAT) in 2001, most viewed it as a positive step in the right direction—a diversion program to assist at-risk youth and hopefully help deprive the unforgiving school-to-prison pipeline of a constant flow of young people.

According to a recent interview with ACLU Education Equity Attorney Linnea Nelson, “Over four hundred children are misled and coerced into being on YAT probation each year. Between 2005 and 2016, nearly 13,000 children across Riverside County have been placed on YAT probation, including 3,219 for non-criminal offenses. Children as young as first graders have been referred to YAT.”

Despite early optimism the YAT program has been shown to fall far short of its optimistic promise.   Recently, in an exclusive exchange with The IE Voice/Black Voice News, the ACLU spoke about the program’s failures and the lawsuit calling for its reform.

When school officials and officers approach parents about a minor discipline incident with their child and offer the diversion program as an option designed to prevent a young person from continuing down the wrong path, it is understandable parents would embrace such an opportunity and assume school officials/officers are concerned and invested in their child’s future.

“We have very significant concerns that YAT (Youth Accountability Team) probation operated as a racist program.  Many of its processes and consequences violate the Constitution and disproportionately impact Black and Latinx youth.”
– Linnea Nelson, Staff Attorney (ACLU Education Equity)

Since the program’s implementation according to county officials, “Youth Accountability Teams were established throughout the county in an attempt to divert certain youth from the juvenile justice system and instead handle them in an informal, treatment-oriented manner.”

In 2013, a YAT team was established for the City of Riverside involving Probation, Riverside Police Department, District Attorney’s Office, the Wiley Center, and the Riverside Unified School District.

According to a local non-profit Sigma Beta Xi, Inc.—that provides services for youth and their families through mentoring, education and community organizing—along with parents whose students were enrolled in YAT and the attorneys at the ACLU who currently represent them, experiences with the program were quite different from what the county presents it to be.

In July 2018, Sigma Beta Xi, Inc. with the support of the ACLU filed suit against Riverside County on behalf of students and their parents. The suit claims YAT parents did not receive the type of support for their child they expected when they gave approval to place their youth in the program. “[It] treats children who have not been convicted of crimes like hardened criminals with surprise searches, unannounced home visitations, strict restrictions on who participants can speak to, curfews, and interrogations into intimate details of their lives,” the ACLU asserted when the suit was filed. “YAT is not just oppressive, it is unconstitutional.”

The original complaint, though initially filed on behalf of three students and Sigma Beta Xi, Inc., attained “class action” status on September 17, 2018. The complaint asks that the YAT program be forced to adhere to the U.S. Constitution’s due process clause and California state Constitution provisions.

“The county should be providing equity and excellence in education, eliminating barriers to success. Instead it’s targeting, luring, and funneling children—especially children of color—into a criminal system,” said Sylvia Torres-Guillén, ACLU of California’s Director of Education Equity. “These are students, not criminals.”

The ACLU said it only takes a phone call from a school official or other authority figure to turn a student over to the YAT program and further detailed how such referrals can be triggered for offenses like “substance abuse, school discipline problems, poor academics, family conflict, mental health issues, believed gang association, truancy, and defiance.”

In some cases, the consequences can be even harsher than juvenile probation, the ACLU claimed. Yet, these children have not committed crimes. The probation department channels them to the program because they are considered “at risk” of becoming delinquent.

The ACLU stands firmly in its belief, “The YAT program’s treatment of children cannot be allowed to continue. The Constitution is not just for adults.”

As the suit works its way through the judicial process the YAT programs continues to receive millions of dollars in funding and has been touted by some in the political class as a model diversion program.

The March 2017 Board of State and Community Corrections (BSCC) annual report described the YAT program as a “highly successful community-based diversion program for at-risk youth in Riverside County.”  It further claimed, “72 percent of the YAT participants successfully completed the program and have not reoffended.” This is an interesting statement because youth referred to the program have not “offended” in the traditional criminal sense of the word.

The IE Voice/Black Voice News reached out to Riverside County to provide an opportunity for officials to offer their perspective on the YAT program, to address the accusations levied against it, and to provide the current status of the case.

Riverside County officials declined to engage on the subject. According to External Affairs Liaison, Brooke Frederico, “After checking with our County Counsel, I confirmed that this matter is concerning an ongoing legal case. We are unable to provide any additional information regarding pending litigation.”

On the other hand, the ACLU was willing to comment. When discussing the YAT program it previously explained the idea at the heart of its formation was the theory that a dose of probation would “divert” a young person from committing future crimes. However, the ACLU has asserted such an idea is “fundamentally at odds with what scientists have learned about the maturation of children and their brains before age twenty-five, and it also contradicts what ‘any parent knows’ about child development and how kids learn responsibility.”

The organization further noted how the program “arbitrary and unequally” impacts Black and Latino youth and rather than acting as a diversion, serves more like the headwaters of the school to prison pipeline. Stating further, “[T]he lawsuit seeks to affirm the rights of children in the county in several ways. First, Riverside relies on an antiquated ‘incorrigibility’ law that allows for the prosecution of children who repeatedly disobey school authorities–in practice, this transforms typical childhood misbehavior or academic struggles into something more sinister, using it as the basis to initiate a young person’s contact with the juvenile justice system.”

The program places these youth on six-month terms of probation without procedural safeguards. In addition, “Children and their families are not provided with specific information about the offense they are accused of committing, the terms of YAT probation, the possible consequences of going to court or advisement of their legal rights.”

When joining the program parents find themselves seated before officers of the probation and police departments and allegedly acquiesce to invasive probation conditions. In the process they also waive their First and Fourth Amendment rights. This approach is both fundamentally unfair and a violation of children’s constitutional due process rights. “The constitutional deficiencies of Riverside’s YAT Program are clear, and the program will continue to violate the rights of young people until it is reformed.”

Nelson confirmed the class [under the class action status] consists of several thousand students. “We are confident about the strength of our claims that the YAT program violated the civil rights of hundreds or thousands of children who were under probation supervision for ‘pre-delinquent’ school misconduct.”  Nelson continued, “We have met with the county to express our concerns directly that significant reform to the YAT program is needed. We are hopeful that these discussions may lead to a resolution. In the meantime, we are in the discovery phase of the litigation and have received thousands of pages of documents which continue to inform our litigation position.”

Commenting about the millions being allocated to the YAT program and the small percent of those funds that actually go to community groups like Sigma Beta Xi, Inc. who are also providing mentoring services she noted, “Our understanding from [Riverside] county budget documents is that, for the 2018/19 fiscal year, the total Juvenile Justice Crime Prevention Act (JJCPA) budget amount—the majority of which funds are used to fund the YAT program—was over $15 million.”

In commenting about how widespread this process was Nelson stated, “We do not have a number estimate, but strongly believe that most parents whose children participated in the YAT program for minor misconduct–i.e., childish behavior that did not rise to the level of any offense under the law, or very minor “status offense” behavior such as school truancy—did not realize the significant due process and other constitutional rights they were giving up on behalf of their child.”

She added how important it is to ensure that youth and their parents have a full understanding of their civil and constitutional rights when entering the YAT program is an essential part of the litigation.

When asked her thoughts about the program being heralded as a model for other counties to follow, she expressed her organization’s belief was probably because there were a significant number of policies and practices in the YAT program that were not widely known or reported prior to the ACLU bringing the information to light.

Commenting about the alleged racist application of the program Nelson offered the following, “YAT probation officers have placed children into this program after assessing their “risk,” but they gauged such “risk” by including factors impermissibly tied to race and ethnicity.  Significant reforms are needed to ensure that race is not used, directly or indirectly, to inform who is more likely to be placed under YAT probation supervision.”

Watch for Part 2 next week.