Trapped at the Crossroads Between Domestic Violence and Homelessness 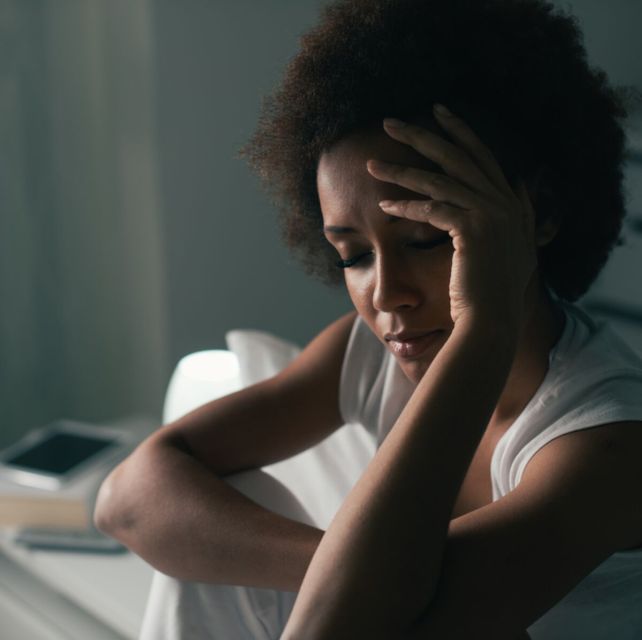 Black Voice News is producing a series of articles on domestic violence in collaboration with California Black Media and the Blue Shield of California Foundation. It explores  how individuals, families and organizations in our community can seek creative solutions to work through the host of problems that stem from intimate partner violence.

When Catalina arrived at the shelter as a domestic violence victim, she was eight months pregnant.

Her significant other had beaten her, kicking her abdomen during the end stage of her pregnancy. She arrived at the shelter with little more than her purse.

Catalina’s story is  one of thousands of  domestic violence victims’ experiences, incidents that increased exponentially during the Age of COVID-19.

When the coronavirus jolted the world in 2020, California was already experiencing a homeless crisis. More than 151,000 people in the state were without a place to call home and nearly 75% of them were unsheltered. The state held the dubious distinction of having the largest portion of unsheltered people in the nation.

Victims of domestic violence often find themselves trapped between violence and homelessness.

During a recent interview with the IE Voice and Black Voice News, Deputy Michael Jones of the San Bernardino County Sheriff’s Department and member of its Homeless Outreach & Proactive Enforcement (HOPE) Team talked about the relationship between domestic violence and homelessness, “Often the female unhoused state they have been a victim of domestic violence at some point in their life.”

A report by the Centers for Disease Control and Prevention supported this assessment noting more  than 31% of women in the U.S. were physically abused by an intimate partner at some point in their lives.

Jones went on to describe based on his experience, the types of homeless individuals he encounters in San Bernardino County who are also victims of domestic violence. He described them as, “Mostly middle-aged Caucasian and African-American females.”

According to Jones, San Bernardino County has several programs that are the first option they consider for local people without a permanent address who are also recent victims of domestic violence. “We provide the same homeless services for housing, from shelter to long term housing, to all individuals[who are] interested.”

The county’s H.O.P.E. program, aims to balance proactive outreach with enforcement of the law, while connecting members of the homeless population with resources that may help them transition from homelessness.

Each member of the four-man H.O.P.E. team, is responsible for connecting with resources, service providers, and points of contact within their region. When asked however, about the relationship between domestic violence and homelessness among those they interact with, and whether there was tracking to quantify the impact, Jones explained, “We do not track any populations.”

The Nation Alliance to End Homelessness (NAEH) reports among the many who are homeless, domestic violence is often the immediate cause of their homelessness. And like Catalina, they may turn to homeless service programs seeking a safe temporary place to stay after fleeing an abusive relationship. While others turn to homeless programs because they do not have the economic resources to secure or maintain housing after leaving an abusive relationship.

In 2019, NAEH reported that on a single night, homeless services providers across the country had more than 48,000 beds set aside for survivors of domestic violence.

As Florence White, Chief Executive Officer Alternatives to Domestic Violence (ADV) explained, “If they are alcohol or drug abusers, for instance, if they are using some type of meth or crack or something like that and this [abuse] happened to them, [we] have to approach it differently because our shelter is a residential shelter.”

White continued. “We have women and children [in our shelter], so we have different conditions they have to be able to meet in order to be around the family environment.”

If they have used alcohol or drugs in the last thirty days, they would not be eligible for the ADV shelter White advised. This is because the combined issues of domestic violence and homelessness are compounded by the drug and alcohol abuse and while these individuals may be domestic violence victims, they must be treated for drugs and alcohol before they can tackle other issues including domestic violence.

Jones echoed White’s assessment. “Most programs, especially domestic violence shelters, require sobriety.” When they encounter such individuals through H.O.P.E. program,  “We utilize county Alcohol and Drug Services for those who need that as a first step,” he shared. Individuals can reach out for Alcohol and Drug services in San Bernardino County directly by calling 909-421-4601.

Aside from those who become homeless due to domestic violence there are also others who become victims of domestic/partner violence after becoming homeless.

Jones expounded on this noting, “Many females on the street enter [homelessness] single and for safety or other reasons start a relationship. Often, these end with a variety of issues, including domestic violence, at times.” In 2019, 24% of the 450 homeless women in the county were unaccompanied.

At times, those that become victims while on the street Jones explained,  seek domestic violence shelters or move to other areas.

H.O.P.E. will also refer them to other programs. H.O.P.E. encourages those who are seeking assistance from all walks of life and anyone homeless or at risk of domestic violence to call them at (909) 387-0623 or call 211 for services.

NAEH stresses the immediate need for victims of domestic violence, is safety, housing, and supportive services. This assistance is required to help them heal from the trauma of abuse. In addition, they require services to help improve their  economic stability.

Catalina, whose story opened this report, gave birth to a healthy baby girl a week after arriving at the shelter, according to Community Homeless Solutions who recorded her story. They also report three months after entering the shelter, Catalina and her children moved to an apartment and she no longer depends on her abuser for survival nor support.

Learn more about NAEH’s efforts in the areas of homelessness prevention and rapid re-housing for survivors of domestic violence.