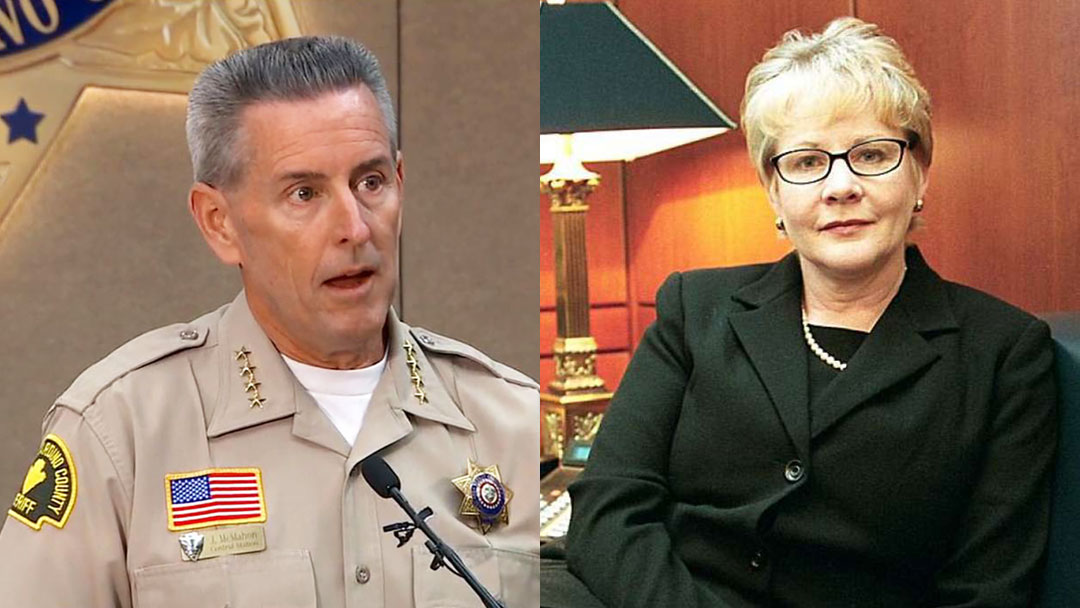 “[There is] hope that we in America might one day overcome our own history of genocide, slavery, discrimination, and oppression and create a justice system that is truly a source of international pride rather than shame . . .”

In mid-December the County of San Bernardino quietly entered a settlement agreement and Consent Decree to resolve all the issues associated with charges raised by inmates at the county’s West Valley Detention Center.

Chief Justice Virginia A. Phillips of the U.S. District Court for the Central District of California in Riverside approved the settlement giving final approval to a preliminary agreement reached earlier last year.

The issues and charges were initially filed against the county on February 29, 2016, followed by a second amended complaint on November 18, 2016. The complainants alleged the county had failed to provide minimally adequate medical, dental and mental health care to those incarcerated at its jails, failed to prevent unnecessary and excessive uses of force against inmates.

In addition, the county allegedly imposed on inmates the harmful and excessive use of solitary confinement—aggressions that were in clear violation of the Eighth and Fourteenth Amendments to the U.S. Constitution.

The reported violations did not end there. In addition, there was discrimination against certain inmates with disabilities in violation of the Americans with Disabilities Act and Section 504 of the Rehabilitation Act.

According to court documents reviewed by the IE Voice/Black Voice News, the county denied liability, yet admitted, for the purpose of the lawsuit only that there existed “probable cause” to believe that violations of the federal rights of the inmates had occurred enough to warrant the relief.

The Consent Decree agreement was years in the making. In 2014, the FBI began an investigation into allegations of widespread abuse of inmates at San Bernardino County’s West Valley Detention Center. By April of that year, at least three deputies were relieved of duty at the facility and eventually terminated, while another individual purportedly resigned.

A month later in May, six inmates housed at the facility filed a civil rights complaint in the U.S. District Court. The complaint included allegations of the inmates having shotguns placed to their heads, being repeatedly assaulted with stun guns—often to their genitalia, anally sodomized by jail officials and claimed that at times, they were even deprived of sleep. The suit named San Bernardino Sheriff John McMahon, the jail’s commander, Captain Jeff Rose and a total of eight deputies and contract guards.

The Prison Law Office (PLO), a nonprofit public interest law firm based in Berkeley who represented the plaintiffs in this case, was already in the process of investigating complaints involving “dozens” of prisoners who alleged excessive force and substandard medical care at the West Valley facility.

In August 2014, the PLO approached the San Bernardino County Sheriff Department about conditions in the county jails and the parties agreed to hire impartial outside experts to evaluate the complaints presented by the PLO.

While the experts completed their investigation that included a series of interviews with inmates and staff, jail visits, etc., the PLO proceeded with the filing of the class action lawsuit against the county on behalf of the inmates.

Subsequently, when the experts completed their report and offered recommendations for improvements, the county and PLO negotiated a plan that was eventually incorporated as part of the settlement agreement and Consent Decree. Interestingly, the county first sought to challenge the validity of the lawsuit and by stating the inmates claiming abuse had never filed grievances with the jail, but officials later admitted the inmates were often discouraged from filing such reports.

To date, civil lawsuits filed against the county in this case have costs local taxpayers more nearly four million dollars.

In 2015, a federal grand jury was impaneled to consider the allegations of abuse at the West Valley Detention Center. To date, there are no indictments.

An initial settlement agreement in the class action lawsuit was reached in March 2018. In the agreement, the county agreed to make improvements in jail operations and procedures that impact the health and well-being of the inmates.

San Bernardino County Sheriff John McMahon claimed he had no knowledge of the mistreatment of inmates at the West Valley Detention Center and blamed much of the problems identified there on AB109 prison realignment implemented in October 2011. PLO officials on the other hand, expressed belief the problems were preexistent though AB109 may have helped exacerbate them.

Throughout the legal process however, McMahon worked cooperatively with the PLO “We have appreciated the willingness of the Prison Law Office to work constructively with the County,” McMahon told reporters. “We look forward to continuing cooperative discussions and are glad the case has been resolved amicably.”

In a statement, PLO Executive Director and Attorney Don Specter said, “Sheriff John McMahon has been transparent about the conditions in the jails and has negotiated in good faith.”

The PLO views the agreement as a step in the right direction and believes it will be conducive to correcting the substandard health care conditions and a culture of brutality that existed in San Bernardino County jails.

Included in the settlement is a revised policy outlining the use of force which includes the requirement for two independent experts (not associated with PLO or the county) to monitor how deputies use force in the jails.

The county has also increased the medical and mental health services it provides to the inmate population and provided them with access to more programs and services. In addition, the county has also hired more deputies and medical personnel.