Too Close To Home 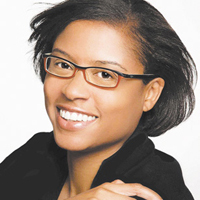 Last week a reader of this column sent me an email with the subject “R&R article ideas”. His message included several ideas I should consider for future Rants & Raves. The first idea on the list was one I didn’t even consider as a top priority. “After the attacks on Paris,” he wrote, “I wondered about what the IE police departments, county sheriffs, and other first responders were doing, if anything, to protect against a local attack…” He wondered if it was still a timely topic. I admit I thought it wasn’t. I also thought trying to connect the threats in an iconic city like Paris to the suburban sprawl that makes up our region was a stretch.

Then Wednesday’s massacre happened at the Inland Regional Center in San Bernardino.

Whether it was terrorism, workplace violence, or a hate crime, Wednesday’s mass shooting that took place in my hometown, has destroyed any sense of security we have as a community and a region. The destruction of so many lives and apprehension left in the wake of the massacre is a chilling reminder of the challenges we face as a nation. I guess my reader’s suggested topic was more than timely…it was prophetic.

Our digital director and website editor Patrick Edgett was on the scene after the shooting and he noted the number of law enforcement agencies working in what seemed to be a coordinated effort to secure the shooting site, escort survivors to buses that took them to a secure location for questioning, and take care of the injured. Patrick later learned that his friend’s mother had been one of the shooting victims but was in surgery. He also discovered he knew someone who had met one of the suspects, a health inspector with the county.

I called my mother Assembly member Cheryl Brown to check on her safety and learned her office building had been evacuated like so many others during the hunt for the perpetrators and she was currently at the Hernandez Center where she had been for hours comforting the families of the victims and survivors, and working along with her legislative colleagues on behalf of her constituents. She called the coordinated efforts of law enforcement she witnessed, “seamless”.

My brother Hardy, county school board trustee, was checking on one of the local charter schools located near the Waterman Avenue location of the shooting, and arrived to find a school with children safe inside and a California Highway Patrol officer on guard in the parking lot. The officer’s child was a student at the school, but he chose to stand watch to protect the campus until all the children were taken home by their parents.

As the seventh mass shootings in five months in this country, the shooting in San Bernardino that killed 14 shows the need for stricter gun laws. “We have a pattern now of mass shootings in this country,” President Obama remarked, “that has no parallel anywhere else in the world.” From democracy to technology, we are leaders and innovators in so many things. Perhaps this horrendous incident will cause us to focus our innovative energies on making Americans safer here at home.