“We starve, look at one another, short of breath,walking proudly in our winter coats, wearing smells from laboratories, facing a dying nation of moving paper fantasy, listening to the new told lies with supreme visions of lonely tunes . . .”   – Let the Sunshine In

Every week it is getting more and more difficult to decide which issue to address in this column as the list of fast-moving concerns impacting the region continues to grow.

Once again there is no shortage of issues to consider, whether it’s the growing list of officials in authority—local mayors and members of police or sheriffs’ departments making racists comments and slurs—as if they are living in the antebellum south; the mysterious hanging deaths of two Black men including one right here in San Bernardino County in the last week; the shooting death of yet another Black man by police over the weekend in Atlanta; or the increasing number of confirmed cases of COVID-19 and its mounting death toll.

Today it appears political leaders of both parties and businesses are focused on the dollars and cents of the economy while gambling with human lives with the same laissez faire attitude as someone dropping pennies into an old-fashioned slot machine.

When I opened my email Friday and read the sunny economic outlook described by former chair and current San Bernardino County First District Board Supervisor Robert Lovingood, I felt compelled to speak to issues of poverty among Black and Brown people in the inland region largely rooted in institutional and systemic racism that is the very foundation on which all the other ills facing these communities rest, and unless something changes, will continue.

Lovingood’s message began, “Over the past few days, I’ve had the chance to talk with some local folks about how they’ve been affected by the COVID-19/Wuhan virus lockdown,” he wrote continuing, “Those I spoke with say that financially, they’re doing pretty well, considering the unprecedented economic lockdown.”

He went on to give an example of a waitress who told him the additional $600 per week and the stimulus check was more than enough to keep her family afloat.” Others reported similar experiences, he added. 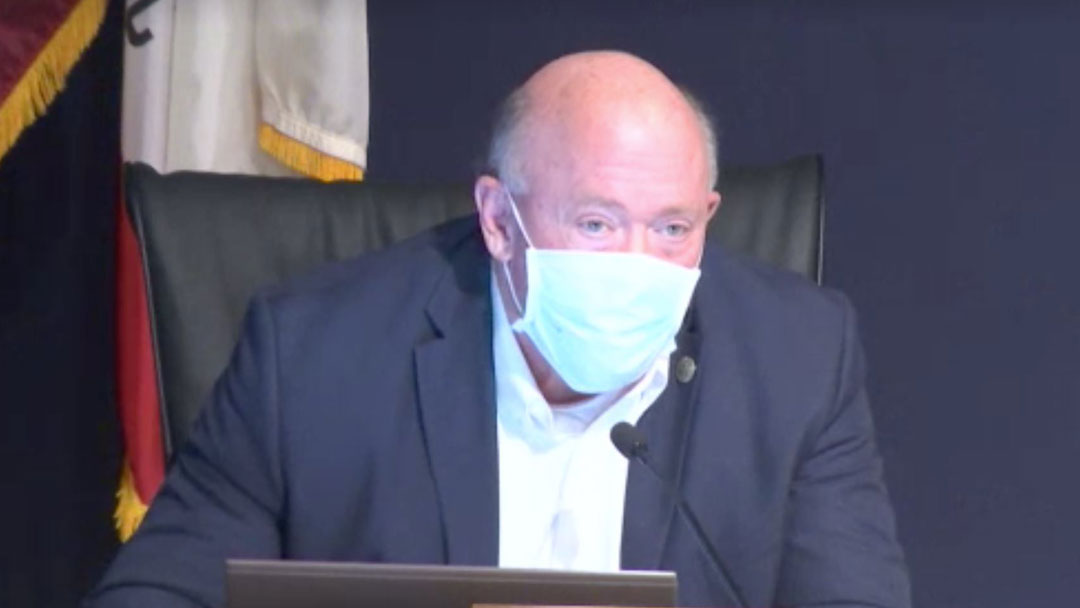 Reading this comment immediately made me wonder who he spoke to and whether he walked through Black and Brown communities in the county to get their opinions about how wonderful things were going for them and their families?

In this county where approximately 19 percent of constituents (many Black and Brown) lived in poverty before the national shut down due to COVID-19—the economic reality is, far too many  residents who were struggling then, are struggling now.

With a feigned pass at empathy Lovingood continued, “Not to downplay anyone’s suffering,” he said, “but considering the shock to the economy, I’m impressed it is doing as well as it is.”

News flash Mr. Lovingood, the economy was not working for one fifth of the county’s population before the coronavirus struck and it doesn’t take much imagination to envision these individuals will most assuredly be unable to give you sunny stories about how the unemployment dollars and economic stimulus checks were more than enough to carry them and their families through the shutdown—because, it was not.

Finally, he proclaimed, “I believe it is fair to say we have weathered the worst of this ‘man-made’ economic downturn.

Man-made? Really! You call it man-made, because you believe a deadly virus—which experts assure us is an unfortunate natural occurrence (and which continues to ravage the nation) killing Black, Brown and the elderly with destructive abandon—was not reason enough to halt the economy?

There was no mention in Lovingood’s celebratory message about the economic recovery that even touched  on the plight of those in the region who continue to struggle economically and who we know, will ultimately bear the burden of what will come as businesses re-configure and downsize, retail stores close, many jobs never return, and Republicans in Congress refuse to pass funding to relieve struggling cities, counties and states who are already looking to reduce staff in order to stay afloat.

Lovingood and some of the others leading this region appear tone deaf to the cries of their constituents for economic fairness and tone deaf to the need for fundamental change. There was no mention of the struggles or the need to look more broadly at those who are still in the valley of this pandemic,  which is now further complicated by calls for unmitigated change in one of the government’s most effective tools of oppression, law enforcement.

So, Mr. Lovingood, unlike you, though we are all rooting for economic recovery, our goal is to assure recovery for all of us, not just some of us; while at the same time protecting the lives of the vulnerable from the deadly coronavirus.

“Somewhere, inside something there is a rush of greatness, who knows what stands in front of our lives, I fashion my future on films in space. [Your silence] tells me secretly. . .everything. Let the sunshine in.”