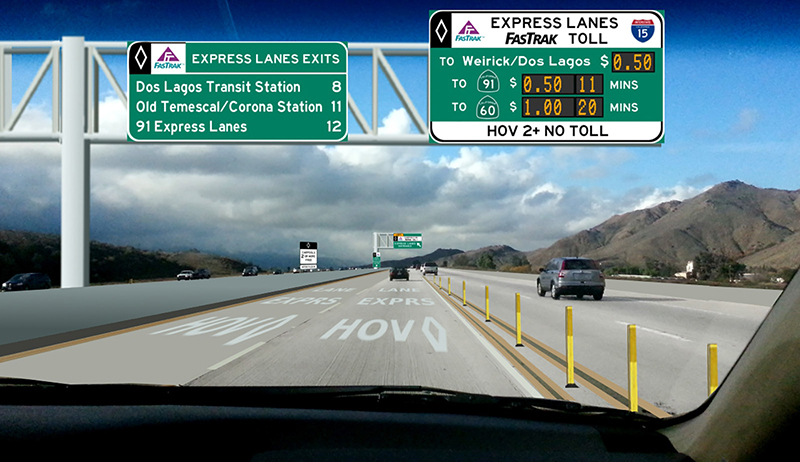 The westbound and eastbound toll lanes of the 91 Freeway opened to commuters early Monday morning. Cars began travelling along the new lanes as soon as they allowed at approximately 5:00 a.m.

The 91 Express Lanes Project added a total of six lanes to the heavily travelled route—two toll lanes and one general-use lane in each direction. The toll lane extends for 8-miles from Interstate 15 west to the Orange County line, in the hopes of easing congestion.

Despite the $1.4 billion spent on the project, many have expressed concern that the improvement barely made a dent in easing the relentless congestion experienced by inland area commuters, usually twice each day, as they make their way to and from work.