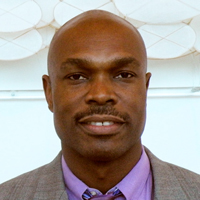 The tobacco industry is spending millions in marketing every year to addict new customers—youth and adults. There is no doubt that the tobacco industry has aggressively marketed its products to African American youth with a deadly result—African Americans suffer the greatest burden of tobacco-related mortality of any ethnic or racial group in the United States. On top of that, in California alone, tobacco companies have spent $63 million on campaign contributions and lobbying in the last five years, successfully blocking legislation that would help people quit smoking, prevent youth from starting or protect people from second-hand smoke.

That is just one tragic example of the influence tobacco money has over California politics and it is why the American Cancer Society Cancer Action Network (ACS CAN) is asking every candidate running for state office to reject funding from tobacco companies. ACS CAN sent letters to every candidate for legislative or statewide office urging them to reject contributions from tobacco companies and their subsidiaries, and asking a simple question; “Will you reject the deception, pain and suffering that fund campaign contributions from tobacco companies and will you stand with ACS CAN and help us Snuff Tobacco Money out of California Politics?” Anyone who takes tobacco campaign cash is essentially siding with the tobacco companies to the detriment of public health. ACS CAN recently launched its notobaccomoney.org website to enable the public to track politicians who agree to “just say no” to tobacco cash. Absent names speak volumes.

As the flow of tobacco campaign cash increases into California, critical steps forward in tobacco policy are sharply receding. For example, our tobacco tax is one of the lowest in the country, even lower than in Texas, and funding for smoking prevention education and cessation is a mere 16 percent of the level recommended by the federal Centers for Disease Control (CDC). Additionally, there is insufficient smoking cessation coverage for Medi-Cal patients even though some of the highest smoking rates are found in low-income Californians. San Bernardino’s smoking rate is 13% for youth, and 14.6% of adults, both of these are higher than the state average. Smoking and tobacco- related disease, death and disability costs San Bernardino County over $357 million dollars a year.

The current election is the perfect time for all candidates to prove they can’t be bought by Big Tobacco. Put the public’s health first and help elevate California to a leadership position, once again.

Dr. Clifford Eke is a surgeon in Fontana, California. He received his medical degree from Loma Linda University School of Medicine and has been in practice for 22 years.