To Hire Or Not To Hire? 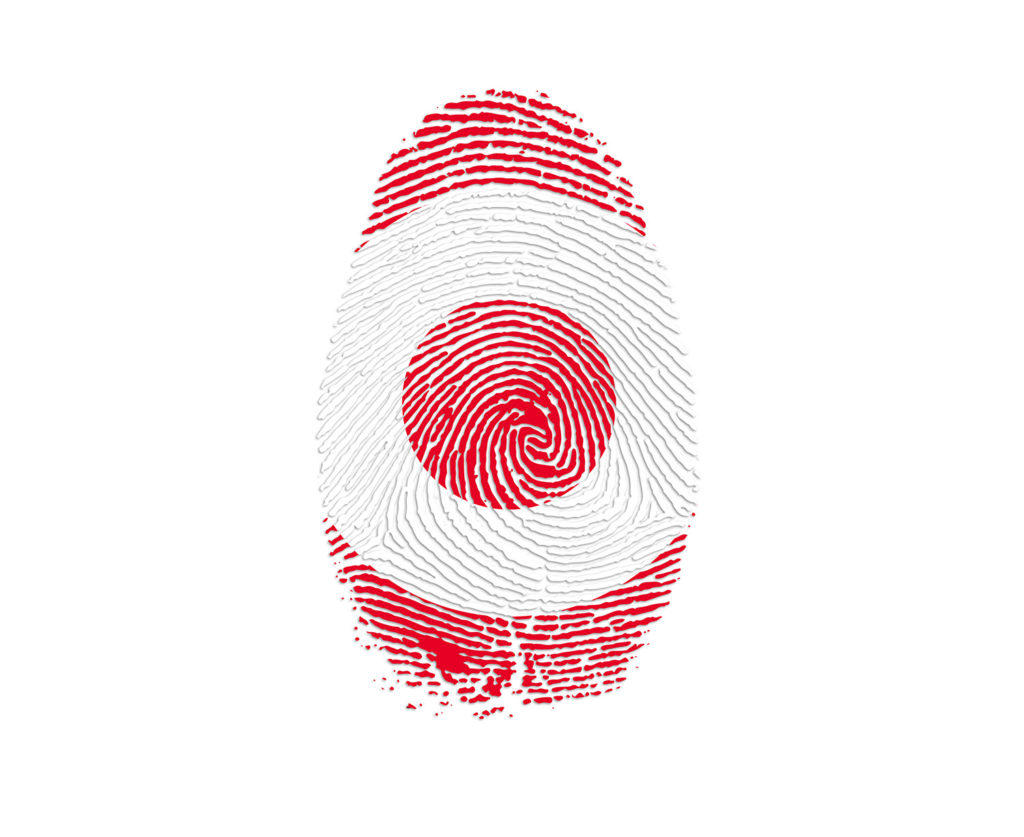 Target is a multi-billion-dollar corporation with nearly two thousand locations across the country, including dozens in the inland region, and hundreds of thousands of employees. Yet for years, even as the company focused more of its advertising dollars on minority communities, it maintained hiring practices that discriminated against thousands of Black and Brown applicants.

Between May 2008 and December 2016, the Target Corporation denied jobs to more than 41,000 African American and Latino applicants.

After years of investigation and negotiation, the NAACP Legal Defense and Education Fund, Inc. (LDF) and the law firm Outten & Golden LLP, announced on Wednesday, April 4, they had finally reached a $3.7 million settlement with Target Corporation related to a Class Action tied to the company’s overly broad and outdated criminal background check policy. The agreement is pending final approval by the courts.

Plaintiffs involved in the claim alleged Target’s hiring practices violated Title VII of the Civil Rights Act of 1964, which prohibits employment practices that have an unjustified and disparate impact on the basis of race and national origin.

According to LDF, “The use of criminal background checks by employers has a tremendous impact on African Americans and Latinos across the country. It is estimated that roughly 85 million Americans now have some kind of criminal record.” The LDF further asserted what is already widely acknowledged—that due to bias and prejudice in America’s criminal justice system, Blacks and Latinos are disproportionately more likely to have an arrest or conviction record.

Criminal background checks are now a routine part of most employers’ hiring practices. A 2017 report by the Urban Institute noted that more than 80 percent of employers now conduct such checks.

When the settlement agreement was announced, Sherrilyn Ifill, President and Director-Counsel at LDF said, “Target’s background check policy was out of step with best practices and harmful to many qualified applicants who deserved a fair shot at a good job.”

The class action settlement requires the Target Corporation to implement a hiring process for these applicants to obtain jobs at any of its 1,800 U.S. based retail stores. Those involved in the class action who would not benefit from a Target job because they have already secured employment elsewhere, are retired, or have a disability will be eligible for a cash award. Under the proposed settlement, Target agreed to pay more than $3.7 million. The agreement is now subject to court approval.

Court documents reviewed by the Voice indicated since 2001, Target has performed criminal background checks on all applicants for employment. The documents further revealed that over the years, Target revised various aspects of its criteria for excluding applicants with criminal backgrounds. The company referred to this criterion as its, “Adjudication Guidelines.”

This is how the company’s hiring process worked. It began with two initial interviews. After the second interview, Target interviewers might extend a conditional offer of employment and inform the applicant that the offer was contingent upon the results of a criminal background check.

Next, the applicant was required to fill out a previous conviction questionnaire form, which asked about the applicant’s criminal record.

Beginning in 2001, Target contracted with various third-party vendors to perform criminal background checks on its applicants. The vendors applied Target’s mandated Adjudication Guidelines to the applicant’s criminal record and determined if the applicant should be excluded from employment or if the applicant’s record required further review.

As part of the company’s Adjudication Guidelines process, the company mandated rejection of applicants with certain criminal convictions including those that involved violence, theft, or controlled substances—whether misdemeanor or felony—within the past seven years.

Applicants were also rejected from employment for what Target identified as inaccurate disclosure of prior criminal convictions. The company considered such inaccuracies as “falsifications.” This was referred to as the company’s Falsification Policy.

Based on Targets guidelines, the vendors made one of three determinations regarding applicants they screened on the company’s behalf. Candidates were either identified as eligible for employment, ineligible for employment or required further review by Target’s Screening Team. Members of the company’s Screening Team were authorized to use their discretion rather than apply any objective or validated measures to assess applications.

Candidates who were rejected based on Target’s Adjudication Guidelines were notified in writing as required by the Fair Credit Reporting Act with a copy of their background check.

“Criminal background information can be a legitimate tool for screening job applicants,” according to Ifill. However, she also confirmed it is only legitimate when such information is appropriately linked to relevant questions such as how long ago the offense occurred and whether it was a non-violent or misdemeanor offense. “Overly broad background screenings unfairly limit opportunities for Black and Latino applicants due to widespread discrimination at every stage in the criminal justice system,” Ifill stressed. 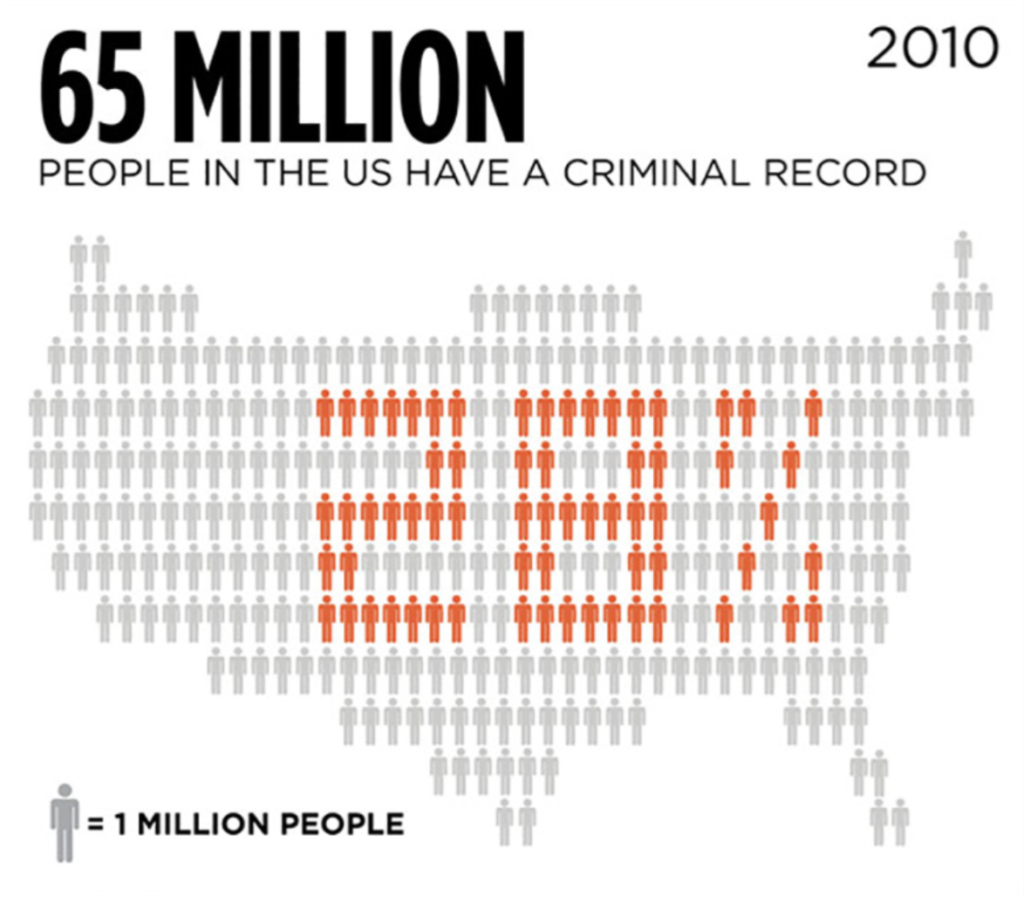 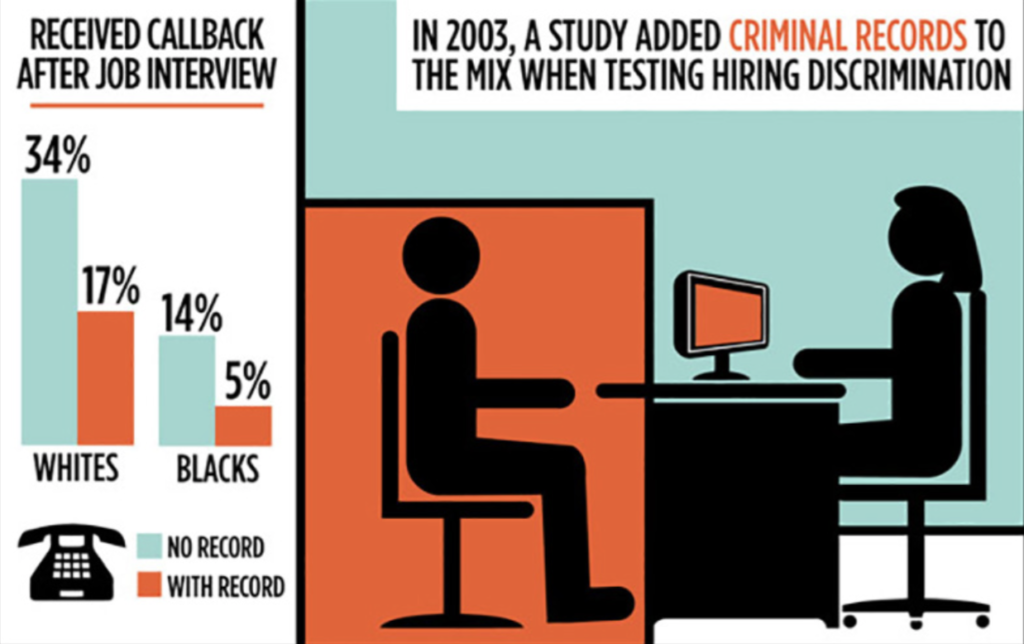 The class action alleged Target’s Screening Process imported the same racial and ethnic disparities that exist in the nation’s criminal justice system into its employment process and as a result, multiplied the negative impact on African-American and Latino job applicants. Under Target’s criminal background check policy, a disproportionate number of otherwise qualified African-American and Latino applicants were automatically disqualified from employment opportunities.

Target applicants Carnella Times and Erving Smith both received conditional employment offers from Target after their interviews. The offers were later revoked when the company found during its screening process that Times had two, decade-old misdemeanor convictions and Smith had a decade-old drug-related felony.

The foundation of the case against Target for discrimination was filed on behalf of Times with the U.S. Equal Employment Opportunity Commission (EEOC) in 2006.

It took almost five years, but on August 4, 2011, the EEOC issued an adverse finding against Target. The agency found reasonable cause to believe Target’s background check policy discriminated against a class of applicants because of their race and national origin by denying them employment and/or refusing to consider them for employment.

Another four years passed before finally on September 14, 2015, after years of investigation, the EEOC issued Times a “Notice of Right to Sue.” The action against Target was subsequently initiated on behalf of Times, Smith and an entire class of applicants who were also denied employment by the company. Later that year, Times attorneys sent Target a letter and invited the company to negotiate a resolution.

The parties reached an agreement in principle last year and executed a final settlement agreement on March 26, 2018, in which Target agreed to take several actions to reconcile the concerns levied against it.

The company agreed to retain two experts in the field of Industrial and Organizational psychology to design, develop, and implement properly validated adjudication guidelines for the hiring of job applicants with criminal histories who apply for hourly, nonexempt jobs at Target stores. The new criteria will not only be used for future hiring but also in determining job eligibility for those involved in the class action.

Next, the settlement requires Target to provide those who participated in the class action with financial relief tied directly to the harm they suffered, i.e., an entry-level job at Target stores. However, individuals impacted who can show that they will not benefit from a Target job for reasons articulated in the Settlement Agreement–for example, they obtained other employment or do not reside within 20 miles of a Target store or other reasons as detailed above—may be eligible to receive a monetary award not to exceed $1,000 in lieu of employment. Target has designated $1.2 million of the total settlement fund for this purpose.

As part of the settlement, Target also agreed to contribute $600,000 to non-profit organizations who assist individuals with criminal histories to re-enter the workforce. The goal is to help develop a pipeline of qualified applicants who have successfully completed work ready programs at such organizations

Target will also provide those involved in the class action case priority hiring opportunities at its stores for hourly, non-exempt, nonsupervisory jobs for which the individuals are qualified but were previously denied based on Target’s Screening process or to provide them with monetary relief. In other words, these individuals will be offered available Target store positions before other applicants.

In addition, if an hourly position is not immediately available within a twenty (20) mile commuting distance of the class member, the individual will be offered the first Target store job for which he or she is qualified that becomes available for a period of 12 months from judicial approval of the settlement.

Also, anyone involved who is qualified for a supervisory or team lead position will bypass the initial screening interview and be given an opportunity to interview for those positions.

Those hired through this process and who remain employed for six months as well as those terminated less than six months after being hired for reasons outside of their control will receive a letter that states Target hired them with knowledge of their criminal record. According to LDF, such letters of employment are considered a valuable resource that can assist these individuals in seeking future employment opportunities.

“I faced many challenges because of a conviction in my early twenties,” Smith said. “But with perseverance, a great support system, and the opportunity to obtain a living wage, I have become a successful tax-paying member of society. Everyone deserves a second chance and I am happy that Target has agreed to offer qualified individuals jobs.” The settlement agreement can be viewed online at www.naacpldf.org/files/case_issue/Target%20Settlement%20Memo%20of%20Law%20in%20Support.pdf.

A History of Discriminatory Hiring Practices

In 2006, the EEOC was made aware of questionable hiring practices deployed by the Target Corporation. Nine years later, in August, 2015, the agency announced a $2.8 million settlement to resolve a charge related to those discriminatory practices.

Three employment assessments formerly used by the retail giant had disproportionately screened out applicants for positions based on their race and sex. Those impacted were Black, Asian and female applicants. Target had also failed to adhere to the Americans With Disabilities Act.

In addition, one of the company’s pre-hire assessments involved questions that were asked and then interpreted by psychologists. This resulted in interview summaries used during Target’s hiring process.

The company was also challenged for its failure to maintain records required to appropriately assess the impact of its hiring practices.