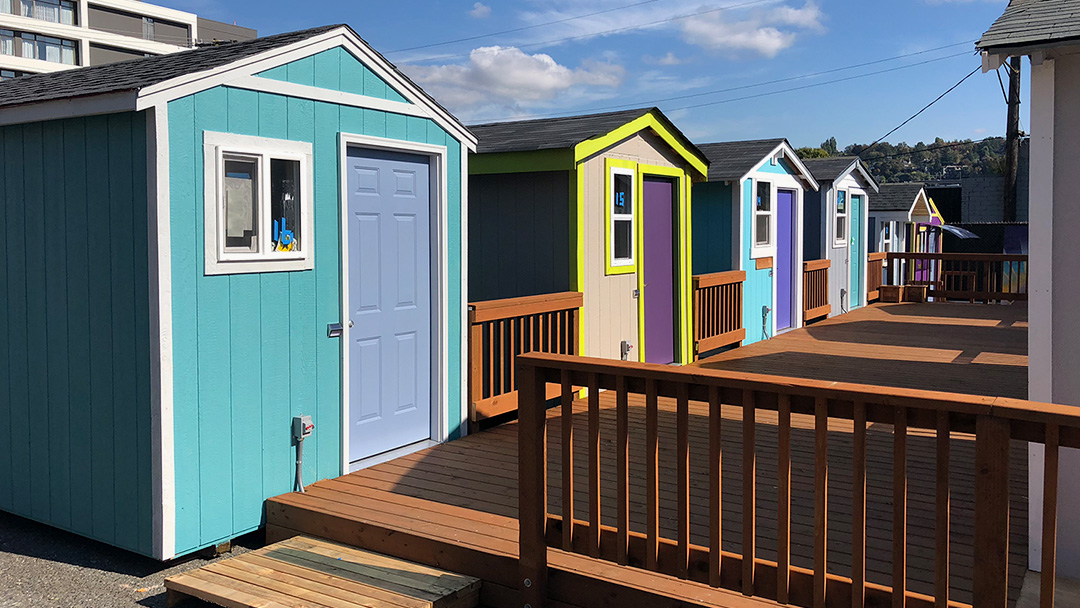 The organization, Habitat for Humanity in partnership with the City of Riverside and with support from the California Department of Housing and Community Development are hoping to transform an empty lot near downtown Riverside to a small community of tiny homes.   The ten tiny houses will each be about 425 square feet in total size and include a bedroom, bathroom, kitchenette and laundry area. Each unit is designed to house one person.  Although reports indicate there were initially some of the usual NIMBY “not in my back yard” concerns, however neighbors were advised by the city that the tiny house tenants will be required to adhere to a set of rules and residents will also be provided with added services and support from the city to assure their success in the new environment.  In a statement to ABC News San Bernardino Mayor Rusty Bailey expressed his hope that similar housing accommodations can eventually be provided in each of the city’s seven wards.  As soon as Habitat for Humanity receives the final green light to move forward with construction building is expected to begin immediately.  The project, expected to cost about $800,000, is being paid for in part by a grant from the California Department of Housing and Community Development.  The tiny house building project is just one of the many efforts being undertaken by Riverside and communities across the region and around to the state to address the homeless crisis that is continuing to become untenable. Governor Gavin Newsom has included more than a billion dollars in his 2020-21 Budget proposal to help facilitate the state’s fight against homelessness. In addition, the governor recently signed an executive order which mandated state agencies take urgent and immediate action by January 31, 2020 to make state properties and facilities available. This should rapidly increase the available housing and shelter options for exploding homeless populations up and down the state.