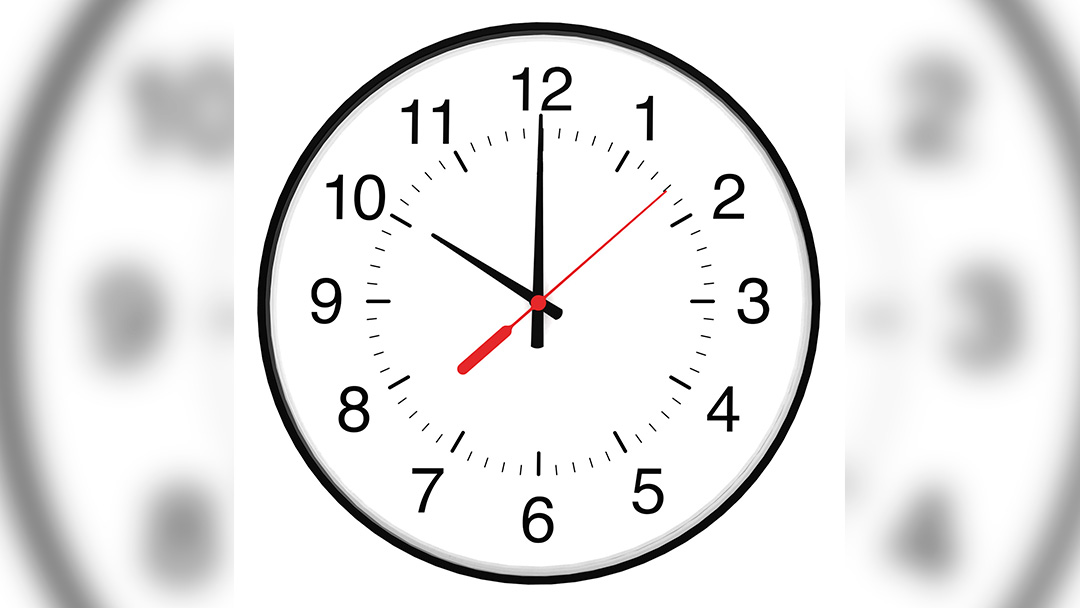 “In America, the government belongs to the people. Inherent in our system of self-government is the idea that the People have the right to know what our government and government officials are doing and to hold them accountable for their actions.”
– Citizen Access Project

With Interim Police Chief Eric McBride waiting in the wings, there is still no publicly disclosed plan regarding whether and/or how the City of San Bernardino will consider candidates in its search for a new Police Chief.

Recently, The IE Voice/Black Voice News followed up with Ledoux to check her/the city’s progress on determining a process for filling this important position.

The City Manager was asked a series of questions including: What is the selection process? What are the selection criteria? How close is the city to making a final selection? How many candidates are being considered? And, to provide a list of names and backgrounds of those under consideration for the job.

To which Ledoux responded, “Careful consideration is being given to the process for hiring the next Police Chief.” She added, “Because the process is still under consideration, I am unable to address your questions regarding the selection process and associated timeline.”

In August, San Bernardino’s Police Chief Jarrod Burguan officially retired, and Eric McBride was named interim chief. McBride had served as the city’s acting chief since January when Burguan went out for knee replacement surgery, so it was not surprising when the department announced McBride would continue in that capacity of interim chief until a new Police Chief was appointed. With nearly a year of on the job experience he appears to be the choice of city administrators to permanently fill the position.

Yet, questions linger regarding how the city plans to accomplish this without raising the ire of many citizens who are demanding a fair and open selection process which includes consideration of qualified minority candidates.

In previous months, community leader and Publisher Emeritus of the Black Voice News Hardy Brown Sr. has written repeatedly about the department’s historic failure to elevate Black officers to positions of leadership. He has further noted in the department’s 114 history it has never had a Black police chief;  has had only one Black police captain, Ted Henson; and less Black lieutenants than can be counted on one hand—three who left for promotions in other agencies including San Bernardino Police Lieutenant  Shauna Gates who was just promoted to Chief of the Riverside Community College District Police Department. 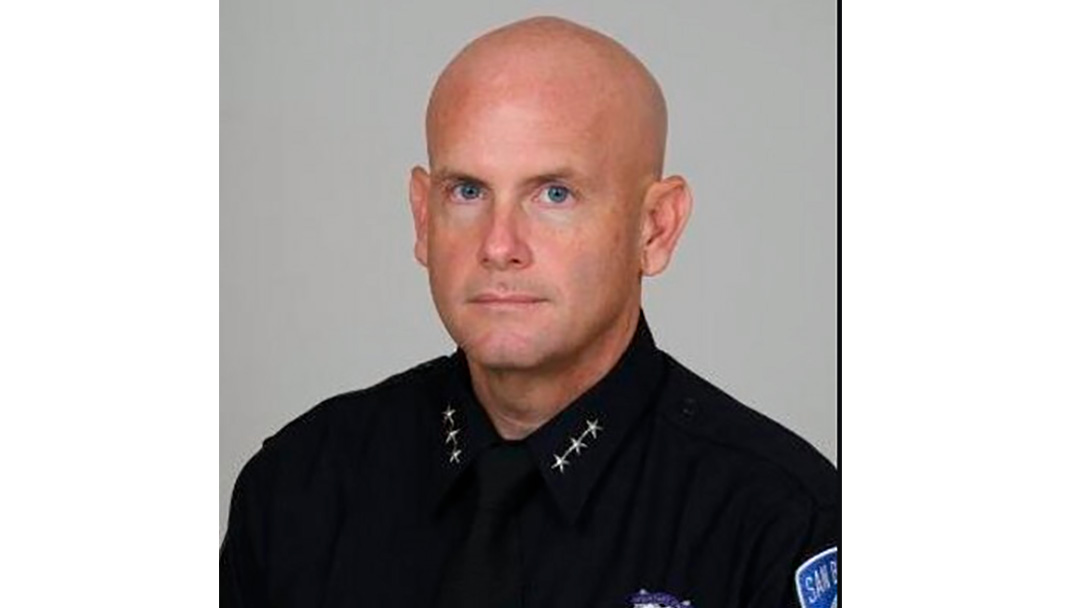 Gates (an officer since 1993) joined the San Bernardino Police Department in 1999. She has an expansive career as a patrol officer, vice/narcotics officer, a detective; was assigned to the Westside Community Oriented Policing unit; and holds a B.S. degree in Criminal Justice Administration and an M.S. degree in Emergency Management.

In  May of this year however, when interim chief McBride, named five officers (three male and two female) to lead the department’s newly established Community Policing Program—Gates was not among them—there was not a single minority among them—they were all White.

McBride claimed at the time, Gates was not given the opportunity for a key roles in the Community Policing Program because he could not afford to have her leave the position she was.

Brown was recently interviewed by the Southern California News Group (SCNG) regarding the historic lack of opportunities for Blacks in the city’s police department. In the report SCNG highlighted a demographic view of the city based on data from a 2017 ESRI census survey which showed at least 65 percent of the city’s residents identified as Hispanic and another 14 percent identified as Black.

These numbers are reflective of Brown’s caution during the interview. With nearly 80 percent of the city’s population being people of color, “If you [the police department] don’t have diversity in the ranks, especially from the top down, then you are heading toward disaster.”

It is not just the Black community that has concerns about McBride and what appears to be his penchant for all White police department leadership. In 2015, McBride faced harsh criticism and was forced to withdraw after being named Police Chief for the largely Hispanic community of El Monte.

Immigrant rights groups rallied against his appointment due to the harsh and aggressive anti-immigrant policies he advocated during his tenure as a member of Hemet’s City Council and Mayor between the years 2006 and 2010.

In February 2015, El Monte resident and activist Veronica Tomas-Castro spoke with the San Gabriel Valley Tribune regarding McBride’s appointment, “This selection is a slap in the face of the community, and it is dangerous given his radical views on so-called illegal immigration.”

Tomas-Castro continued, “This is a community of immigrants and we are just shocked that we would have Joe Arpaio as a police chief.” This reference was made regarding the former Sheriff of Arizona’s Maricopa County who was infamous for his alleged mistreatment of immigrants and other minorities.

With his own purported history of anti-immigrant sentiments, McBride, while serving as a member of Hemet’s city council, introduced a symbolic resolution in support of Arpaio’s requirement to check the immigration status of everyone Maricopa County resident officers suspected of being undocumented. Arizona’s law, SB1070, was eventually struck down by the U.S. Supreme Court.

According to press reports at the time McBride was appointed Police Chief in El Monte he insisted he had strong relationships with immigrant communities. However, he withdrew from the position due to what he called “the political environment” his immigration action(s) had raised. He stressed, “I want to be respectful and just remove myself as a candidate.”

In El Monte just as it is today in the City of San Bernardino, the residents were not directly involved in the selection process for police chief, neither was their city council for that matter. One El Monte Councilwoman said had that not been the case, concerns about McBride might have surfaced sooner—prior to his appointment.

San Bernardino’s lack of any disclosure regarding how it will consider and evaluate candidates as well as who is being considered has only served to fuel suspicion among members of the community as reported by the media.

Interestingly, the neighboring City of Riverside is also searching for a replacement for its police chief  Sergio Diaz who retired September 15th. Far different from the approach taken by San Bernardino, the city has held community meetings in each of its Wards and solicited input from citizens regarding what they would like to see in a new chief. In addition, Riverside is also one of only a handful of police agencies in Southern California with civilian oversight.

When Burguan announced his retirement and San Bernardino leadership jumped at the opportunity for Mc Bride to continue leading the police agency until a permanent replacement was found, it seemed apparent the city already had it sights set on a probable replacement—Interim Chief Eric McBride.

So recently, it came as no surprise to those closely monitoring this issue, when the San Bernardino Police Officers Association (only seven percent of whom live in the city), issued a statement in support of McBride.

The statement further declared SBPOA, “Stands in full support for the appointment of Eric McBride to serve as the next Chief of Police for the City of San Bernardino.” Combined more than 46 percent of officers on the force identify as people of color including Hispanic (41%) and Black (5%) according to the CNG report.

The endorsement went on to tout McBride’s 28 years of service and how he worked his way up through the ranks, also stressing his success as interim Chief.

The process of prepositioning White men for such roles as Police Chief by anointing them to interim positions is a tool historically used to lock equally capable candidates of color out of such opportunities.

The SBPOA continued, “With his appointment, Eric McBride will hit the ground running and there will be no learning curve. He knows the City, our residents and the concerns within,” association stressed in its endorsement.

Certainly, the same can be said for other qualified candidates in and outside of the San Bernardino Police Department, just as El Monte once considered McBride the right choice to lead their police force even though he had no history with their agency—that of course, was before his history regarding immigration was widely known.

Although SBPOA member have coalesced around the idea, “He is the obvious and best choice to be the next Chief of Police and move our department forward,” many members of San Bernardino’s minority communities may disagree.