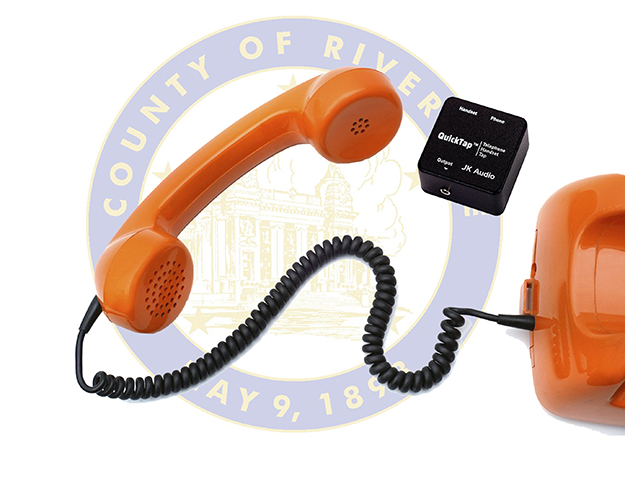 Even more troubling is the startling reality that a single judge in the county was responsible for the majority of wiretap orders in 2014. This sole jurist issued 624 wiretap orders that year, five times the number issued by any other judge in the nation. Federal court records revealed that as a result of his orders, law enforcement agents were empowered to intercept more than two million conversations involving as many as 44,000 people.

These sobering 2014 wiretapping results were reflective of 2013 results—another year Riverside County judges authorized more wiretaps than all other jurisdictions in the country; and according to results compiled by the Administrative Office of the U.S. Courts, radically more than any federal court in the nation— the number of wiretaps in Riverside County between 2013 and 2014 almost doubled over the previous year to 602.

Experts claim wiretaps are supposed to be tied to crime within the county and yet, it appears Drug Enforcement Agency (DEA) investigators have relied on Riverside issued wiretaps to make arrests and seize both cash and drugs from places as far away as New York among other states.

Much of what is known about the frequency, quantity and quality of wiretapping and electronic surveillance in Riverside County and the nation as a whole was revealed in response to a Freedom of Information Act request that provided USA Today with access to information behind the numbers of the Federal Drug Enforcement Agency’s wiretapping statistics report. The information acquired by the news agency included every order that either authorized or extended electronic eavesdropping in the country. Some orders included the collection of both voice calls as well as other forms of electronic communications like text messages, etc.

The Voice recently sought more insight about the judge who issued the overwhelming number of wiretaps, in addition to other general information considered relevant for this report. Riverside County District Attorney Information Specialist John Hall provided the following response, “We cannot disclose the additional information you have requested due to the sealing orders that prevent us from discussing particular cases. We also will not be able to provide you with the names of any judges reviewing these orders due to concerns for the safety of the judicial officers.”

What is currently known about Riverside wiretaps is also the result of a judicial ruling issued in a recent San Bernardino County money laundering case, ‘People of California vs Koan You Lay’. The case, which largely hinged on a wiretap issued by a Riverside Court, was thrown out by a San Bernardino judge last October.

As in ‘People of California vs Koan You Lay’, the majority of wiretaps issued in Riverside County were requested by the U.S. Drug Enforcement Agency. In this particular case however, prosecutors ultimately determined the wiretaps used by the DEA were illegal—as a result, four suspects went free.

It was ultimately determined by prosecutors, the wiretap had violated a mandate that requires district attorneys to personally sign off on all wiretap applications. 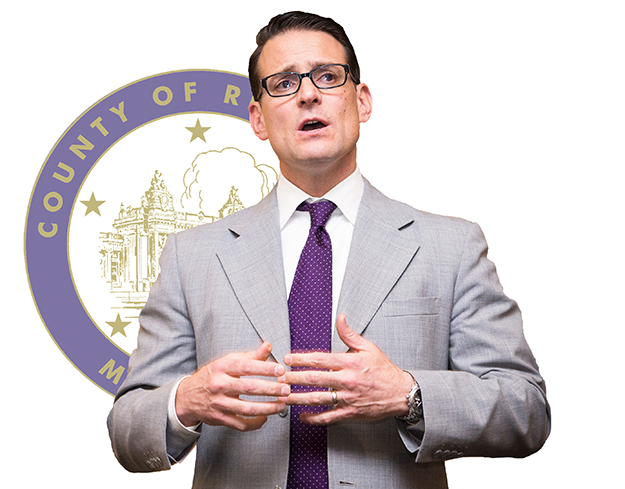 The legal standards for wiretaps are supposed to be the same in both state and federal courts. In order to tap communications law enforcement is required to convince prosecutors as well as a judge they have probable cause to believe access to the communications will reveal evidence of a crime and having access to a wiretap is the only way they can build their case.

Although at the federal level interpretation of this standard is strict, experts have found interpretations at the state level vary from state to state.

In regards to the explosion of wiretaps in Riverside County, there is a growing consensus among experts that the majority of surveillance orders issued by its courts should have been issued by a federal court instead, particularly since a good number of the orders involved areas that were not only outside of Riverside County but outside the state of California.

Federal government mandates are designed to help assure the process of wiretapping and surveillance is not abused—there are no such restrictions in California. However, where there appears to be some parity between the federal government and California on this issue is in relation to who signs requests for wiretaps.

Under federal law, the government is restricted from requesting a wiretap until a top prosecutor has personally authorized it. Congress established this as a federal mandate in the 1960s. In 2013, the U.S. Ninth Circuit Court of Appeals established a similar mandate regarding wiretaps in California when it ruled in another San Bernardino Court case that wiretaps in California needed the District Attorney’s approval.

Wiretap orders are obviously shielded from public scrutiny; however, a San Bernardino Court document in the ‘People of California vs Koan You Lay’ case showed the wiretap request as submitted by the Riverside District Attorney’s Office was not signed by the District Attorney but by an Assistant District Attorney—an obvious violation of the 9th Circuit Court’s strict ruling.

There is concern the practice in Riverside County of allowing Assistant District Attorneys to sign requests for wiretaps may have jeopardized a number of cases. In December 2015, former Riverside District Attorney Paul Zellerbach allegedly told a reporter he delegated the job of approving wiretap applications to one of his assistants.

San Bernardino District Attorney Mike Ramos allegedly told a reporter in November 2015, he had learned his lesson as a result of the 2013, 9th Circuit Court ruling and he now personally signs off on all wiretap requests; Ramos also purportedly said he had warned Zellerbach to do the same—apparently, Zellerbach failed to take heed.

The high number of wiretaps in Riverside County may be largely attributed to DEA agents who may have elected to bypass federal courts and sought wiretap approvals from a more generous and less restrictive court—they obviously found one in Riverside County. With so many drugs moving through the Riverside area it seemed an obvious choice; however, both the Riverside Judicial System and the DEA are still compelled to adhere to legal mandates.

Long before current Riverside District Attorney Mike Hestrin assumed the position of the county’s top legal officer on January 3, 2015 the county had already gained notoriety for running the largest and most questionable wiretap operation in the nation. However, Hestrin is working to heal the county’s reputation.

In addition, Hall explained, when Hestrin took office in January, he fully reviewed the office’s wiretap procedures and over the course of his first six months in office he implemented best practice changes. “Those included DA Hestrin immediately, personally signing all gang and homicide related wires; then, in February, personally signing all wires; and, of significant importance, in July, DA Hestrin began requiring a substantial nexus between the criminal conduct and Riverside County.”

Hall clarified that while none of these practices are required under state law, “We believe that they are a best practice to enable this office to maintain the very highest of standards.”