The Value of a Vote… 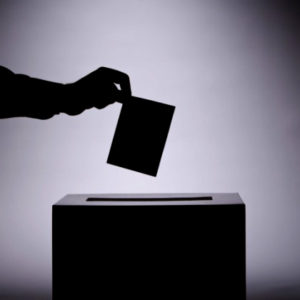 I have known the importance of every vote since well before I was old enough to vote. I remember as a child hearing stories about how my paternal grandfather risked his life to register voters in his rural North Carolina community of Jones County. And I can never forget my family’s own GOTV (Get Out The Vote) efforts on San Bernardino’s Westside. My dad would mount the bullhorn to the top of his pick-up truck and we would spend the afternoon driving up and down San Bernardino streets reminding those last minute voters to cast their ballots.

I knew voting was a significant act and I knew every vote mattered.

Nowhere has this fact made itself more evident to me than in the final results of the Moreno Valley City Council District Two race. After three weeks of verifying and counting provisional and damaged ballots, the Riverside County Registrar of Voters has announced that non-profit executive Corey Jackson with 1,262 and the highest vote getter on election night has been beaten by planning commissioner Jeffrey Giba, with 1,269 votes. Yes, a difference of only 7 votes of the 5,879 votes cast in that race of nine candidates.

Seven is such a small number but one that can make a big difference for the city of Moreno Valley.

Seven votes can be the difference between a landscape overwhelmed by massive concrete structures and more trucks and trains, or one that relies on smart growth for a better quality of life.

Seven votes can be the difference between a compromised city council majority and one where the majority is focused on the core values of the citizens it represents.

Seven votes can be the difference between a new start for a city in recovery or more of the same.

Former Riverside Mayor Ron Loveridge recently published an article in Riverside’s daily newspaper praising the attributes of cities. In speaking of the vitality of our cities, he says, “place making is important…place shapes us…place defines us…place is what forms our identities and attitudes.” The voters have decided but with a single-digit difference, the value of a vote is clear. So many people believe that their single vote doesn’t matter…that they don’t matter. But if this election teaches us nothing else, it should teach us all that not only does every vote count, every vote has significance and value, especially in regards to what happens to the places – the cities – we call home.

Tomorrow is Mr. Jackson’s deadline to request a recount. The cost is $6000. If Moreno Valley’s concerned citizens want to be sure that every vote was counted properly, I suggest they contribute to the cause…because 7 votes is a small number with big implications.