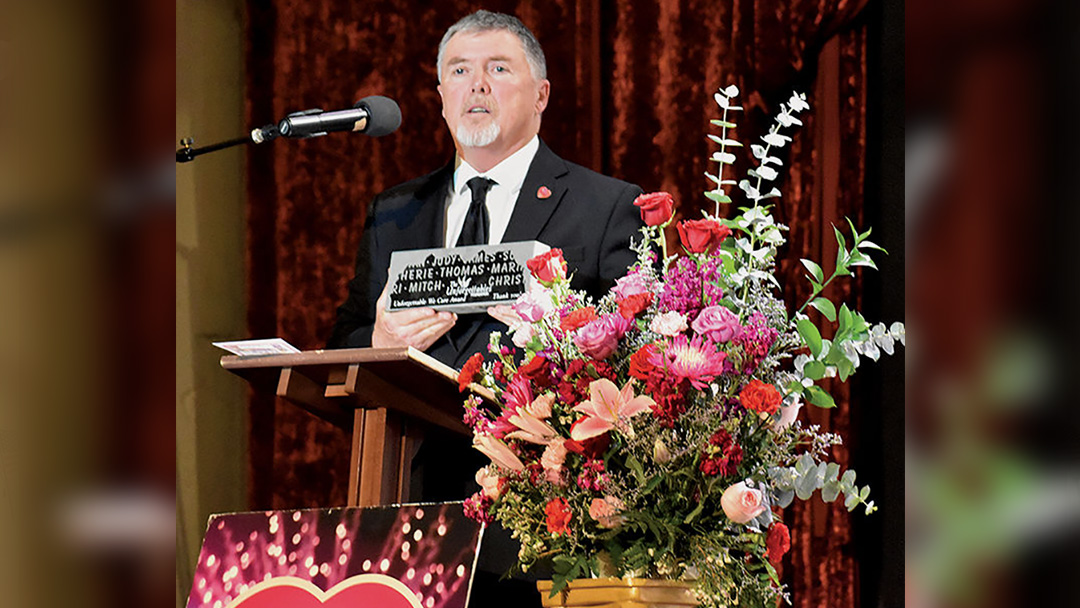 On Valentine’s Day The Unforgettables Foundation (TUF) hosted its 9th Annual Unforgettable Hearts Awards luncheon.  The Unforgettables Foundation is a Redlands-based non-profit 501(c)3 that has assisted almost 7,000 families in crisis who struggled with the cost of their child’s funeral. The organization serves distraught families in at least 100 communities in the inland region as well as some areas in Orange County. The organization not only seeks to support families who request its assistance, it is also very proactive and works with both hospitals and schools in the region as well all, with the goal of helping traumatized families bury their children with dignity.  This year the organization presented awardees with certificates and TUF Co-Chair, Stan Morrison, shared with everyone in attendance the story of their achievements.   The Unforgettable Summer Austin Award was presented to The Varner Family for their exceptional devotion to charity; the Unforgettable Rowena Ramos Award will be presented to Joanie Morrell who is an excellent example of a giving grandmother; and Lamar Outdoors was honored with the WeCare Award in recognition of their corporate giving to the TUF cause. This year’s event was a collaboration between Senator Mike Morrell, Senator for California’s 23rd District and Tim Evans, Founder/CEO of The Unforgettables Foundation in 2010. Morrell was also honored this year as he completes his final term as a state senator due to term limits. Header Photo: Tim Evans, founder of Unforgettables Foundation, presenting “Unforgettables Hearts” Award.