Historic silences have been broken and bad behavior has been exposed. With the momentum of the #MeToo movement women from all sectors of the workplace are finally speaking out against a culture of intimidation, harassment, and fear. It started in Hollywood and has worked its way through newsrooms, boardrooms, and state capitols across the country. It has forced some of the most powerful and wealthy men to resign from leadership positions, admit their weaknesses, and apologize for, in some cases, long lists of grievances. There has clearly been a reckoning in this country, and there’s more to come.

Two weeks ago we published an opinion piece on the West Valley Water District by Hardy Brown Sr., publisher emeritus of the Black Voice News. For months he has been investigating alleged misconduct by members of the agency’s board of directors, namely president of the board Dr. Clifford Young. Female employees currently have lawsuits against the agency and Young, claiming not just harassment due to their gender, but also alleged ethical violations and misfeasance. 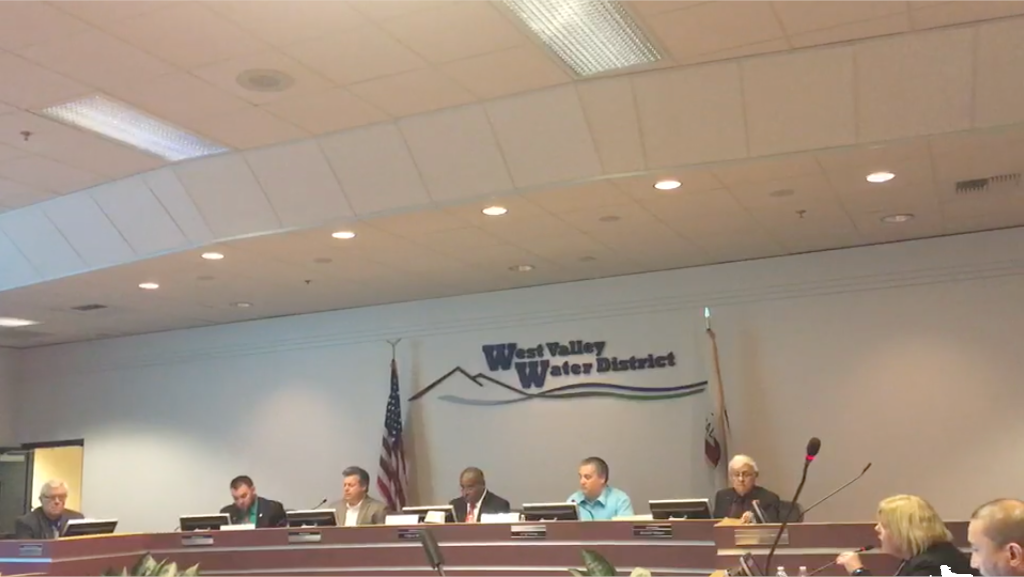 The West Valley Water District serves water to over 22,000 households and businesses in the communities of Rialto, Bloomington, Colton, Fontana, and the unincorporated areas of Riverside and San Bernardino County. Last month in a confidential memo the agency’s legal counsel Gresham Savage warned the board of directors that the executive management team was entitled to “Whistle Blower Protection” under Article 9 of the District’s Code of Ethics, based on a memo that outlined “egregious activities” by Young that included the misappropriation of public funds, forced hiring of friends and former colleagues, and general bullying and intimidation of employees and fellow board members. A few weeks ago Gresham Savage resigned as the agency’s legal counsel. And then, earlier this week the entire executive team was either placed on administrative leave or fired by the board.

The politics behind the issues at the West Valley Water District are too nuanced to explain in one brief post, so I will end this, the first of many articles on this alleged corruption, with the Top Ten reasons this agency is looking a lot like the City of Bell circa 2010, when the discovery of the widespread misappropriation of funds led to the arrest and conviction of several city officials:

The past CFO of the agency has filed a lawsuit against Young, and the current CFO jeopardized her job by publicly exposing what she saw as corruption and abuse of power. She was fired this week.

Young actively recruited and helped elect neighbor Michael Taylor to the board in an effort to unseat a fellow board member. Mr. Taylor’s first order of business was to make a motion to nominate the agency’s new legal counsel Robert Tafoya (who was fired from the very same position earlier this year) to replace Gresham Savage who terminated their own contract.

Tafoya and Taylor both work for the City of Baldwin Park, where Tafoya is City Attorney and Taylor is Chief of Police. And where Tafoya’s drafting of Taylor’s contract was so questionable that the LA Times covered it in a recent article.

Six figure no-bid contracts are awarded to friends of the board.

Young routinely forced staff to hire colleagues from his former job at CSUSB, including paying one a salary of $260,000 a year with no job description.

Young regularly expensed alcohol and charged it to the agency against policy.

Young regularly expensed meals for his wife and charged the agency against policy.

Young recently voted against the recently created “code of ethics”.

reason the West Valley Water District looks a lot like the City of Bell…Disadvantaged and disconnected constituents, who can afford to pay the least, will be left to cover the bills.