The Rise of Syphilis in Newborns 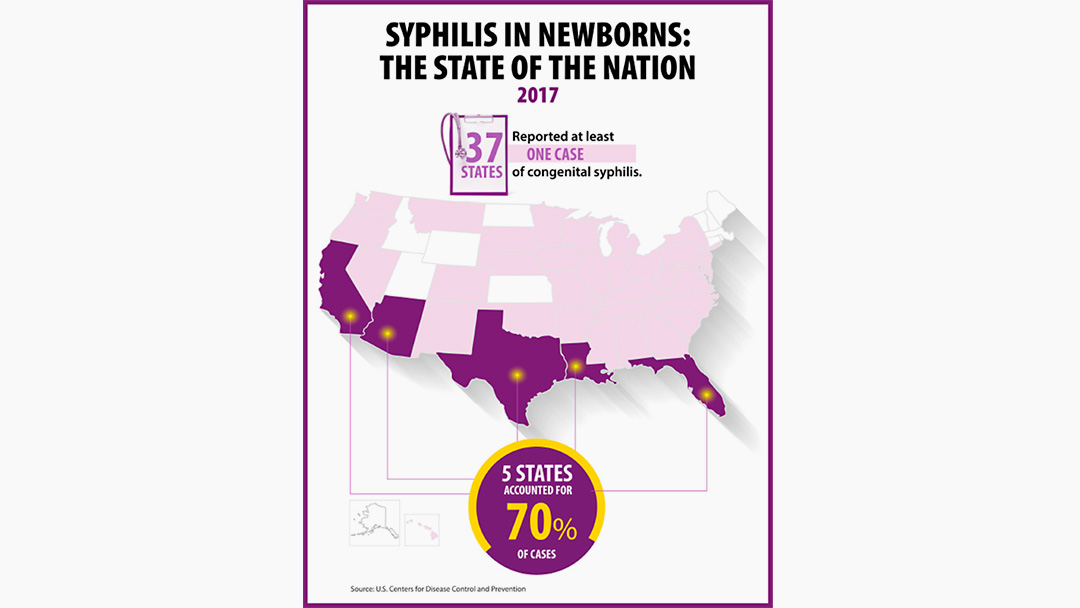 Syphilis in newborns exploded in recent years and has now reached a twenty-year high. Although 37 states have reported at least one case, California rates among the five states in the nation accountable for no less than 70 percent of all recent cases. Both Riverside and San Bernardino Counties have experienced increases in the last three years.

When syphilis is passed to a baby in the womb it can result in miscarriage, newborn death, and severe lifelong physical and mental health problems. “No parent should have to bear the death of a child when it would have been prevented with a simple test and safe treatment,” comment Jonathan Mermin, M.D., M.P.H., director of CDC’s National Center for HIV/AIDS, Viral Hepatitis, STD, and TB Prevention.

Syphilis during pregnancy is easily cured with the right antibiotics. If left untreated, however, a pregnant woman with syphilis has an 80 percent chance of passing it on to her baby. For this reason, the CDC warns it is critical for all pregnant women to visit a health care provider as soon as possible during every pregnancy and to be tested for syphilis. Without early and regular prenatal care, a pregnant woman may not know that she has syphilis and that her baby is at risk.

Although early testing and prompt treatment are critical first steps, the agency also stressed that too many women continue to fall through the cracks. “If we’re going to reverse the resurgence of congenital syphilis that has to change,” CDC’s Dr. Gail Bolan stated.

For many women, however, one test for syphilis may not be enough. One in three women who gave birth to a baby with syphilis in 2016 “did get tested” during pregnancy, but either acquired syphilis after that test or did not get treated in time to cure the infection in the unborn baby and prevent adverse health outcomes. Therefore, women who are at high risk for syphilis or who live in high-prevalence areas, should be tested not only at the first prenatal visit, but again early in the third trimester and at delivery.