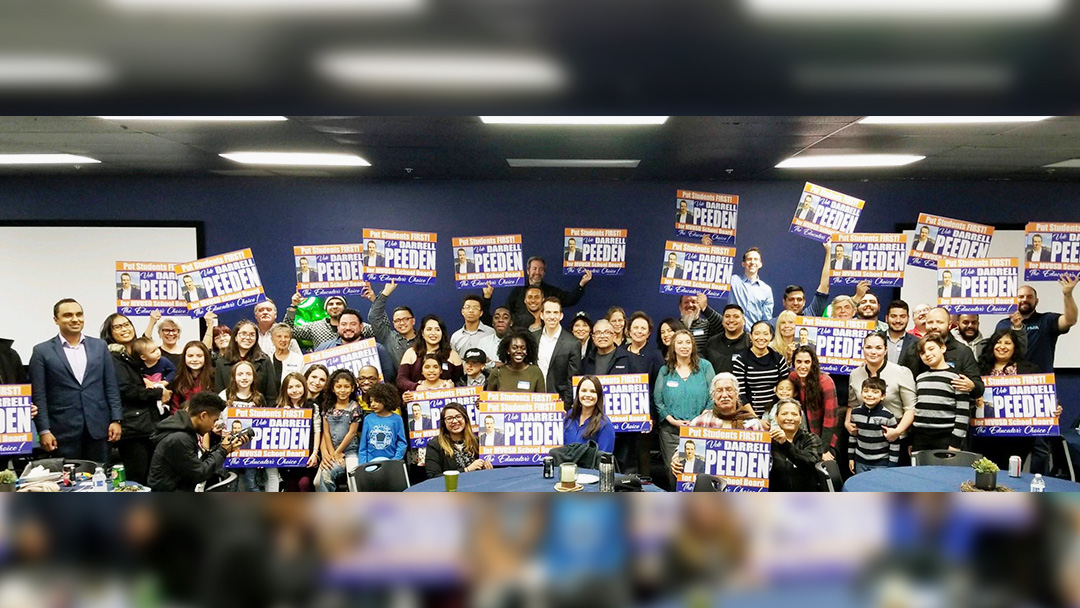 Darrell Peeden overcame challengers to secure victory in a special election this month to once again serve as a board member for the Moreno Valley Unified School District.  Peeden was originally appointed to the board in October 2018 to fill a vacancy left when former board member Evan Morgan, resigned after he was arrested and charged with alleged burglary and vandalism.  However, in December 2018, just two short months after being appointed, Peeden was ousted from his position on the board by a citizens’ petition. The petition was allowed under a provision in the California Education Code gives voters an option to call for a special election to fill board vacancies provided they submit a petition within thirty days of the appointment that contains signatures of at least 1.5 percent of voters in the area represented by the appointment. In this instance, the special election was triggered when citizens turned in 318 valid signatures—only 231 were required to trigger the special election.  It is estimated the special election cost Moreno Valley taxpayers about $70,000. Yet, in the end, although the petition was an expensive call from some voters to have a voice in who filled the seat—Peeden defeated his closest competitor, John Ashley, by nearly 11 percent.  Peeden describes himself as a former Moreno Valley school board member, husband, father, academic scholar, social entrepreneur, nonprofit executive, and youth policy advocate. He holds a bachelor’s degree in public policy from the University of California, Riverside (UCR) and a master’s degree in public policy from the School of Public Policy at UCR and is also an Abraham Rice Scholar. On election night Peeden thanked everyone who contributed to his victory. “This was a people-powered campaign.” He stressed. adding, “[A]nd, this is our win.”