The Life and Legacy of Jimmie Lee Veal 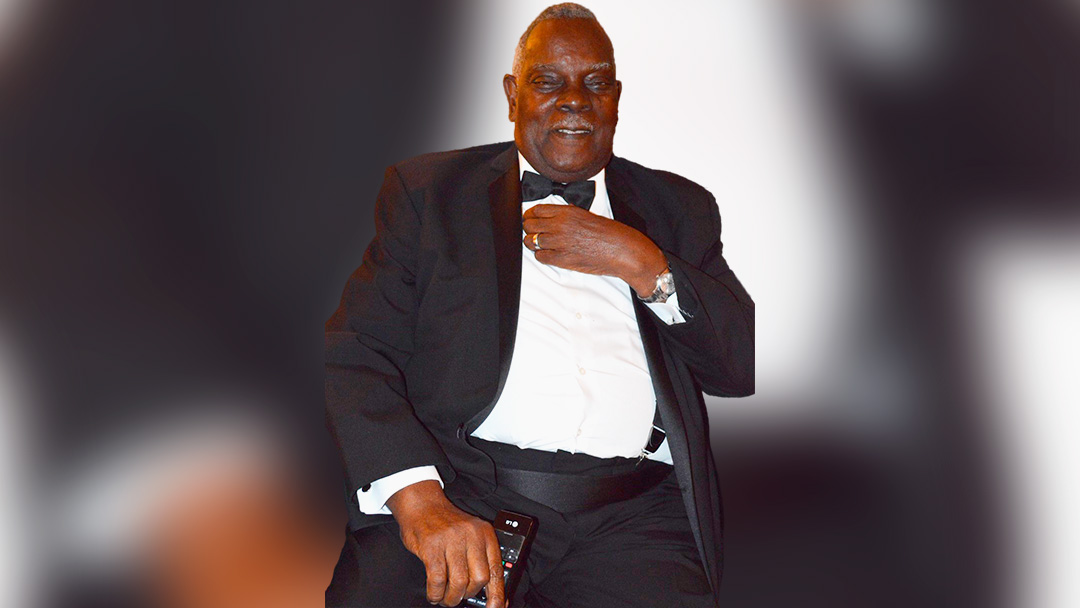 Jimmie Lee Veal passed December 15, 2019 at the age of 85. Born April 23, 1934 in Doddsville, Mississippi, Veal was the youngest of eleven sons born to Mingo and Healena Veal.     He attended a country school in Doddsville, Mississippi and received his High School Diploma from Okolona College in Okolona, Mississippi. The college was added to the National Register of Historical Places on August 9, 2002.  Upon graduation, Veal left Doddsville to join the military, serving in the United States Air Force.  He met the love of his life, Hazel Wells, while on military break in Drew, Mississippi. They corresponded by mail until the young private returned to Mississippi and asked her to be his wife. They wed, started their family and began their journey as a military family.    Veal served in the Air Force for 20 years and attained the rank of Master Sargent (MSgt.).  During his long years of service to the country he was stationed on military bases throughout the world including temporary duty at Chateauroux Air Force Base (AFB) in France; Landstuhl Medical Center Army in Germany; Mather AFB in Sacramento, California; Amarillo AFB in Texas; Tripoli AFB in Libya, Africa; and The US Logistics Group (TUSLOG) in Ankara, Turkey. After multiple moves with his growing young family which included four children, Veal completed his tour of duty at George Air Force Base in Victorville, California where he served until his retirement in 1973.   Veal trained service personnel and provided Tactical Air Command training services to the Combat Support Group at George Air Force. During his service he was awarded the Air Force Commendation Medal for Meritorious Service.   Subsequent to his retirement from the service Veal took a series of training courses at every opportunity and enrolled in college courses through the University of Maryland. Even before his retirement, however, he laid the groundwork in 1968 for his post-retirement career by opening the first African American-owned business in the Victor Valley area and his first car lot, properly named Veal’s Auto Sales in Adelanto.  He understood what the service personnel needed—a clean, reliable car that was affordable on a military paycheck.  After his success with the car lot he invested further in the Adelanto community by providing an entertainment alternative, Bo’s Lounge, complete with good music, affordable food and ready company on any given night.   Veal sought to be the consummate provider for his family and even while operating two independent businesses, he took his natural penchant for sales and became an insurance salesman with Prudential Insurance Company.  His calming and honest approach to sales earned him the honor of Top Salesman each and every year that he worked with the company. He often told stories of the many families that called to thank him for providing them access to the means for their comfort after the loss of a loved one.  He continued to engage in car sales eventually relocating to Victorville and renaming his business J & H Auto Sales. His love for car sales and the art of conversation that comes with ascertaining one’s need, led him to work part time at Sunrise Ford in Fontana. Working only part time, Veal was still their best salesman and relished in training younger, less experienced salesmen in the art of the trade.  He was also was an avid sports fan. His favorite teams were the Los Angeles Lakers, Dodgers and Rams.   Veal was preceded in death by his parents, Mingo and Healena and nine of his ten siblings Clifton, Charlie, Artie Palmer, Mingo, Ira, Lawrence, Joe, Percy, and Luther.  He is survived by his brother, James; his wife Hazel; four children, Patricia Veal, Steven Veal, Carolyn Veal-Hunter (Dale) and Bonita Veal; four grandchildren, Candice, Jennifer, Sydney and Jordan; two great grandchildren, Nolan and Evan and a host of nieces and nephews.