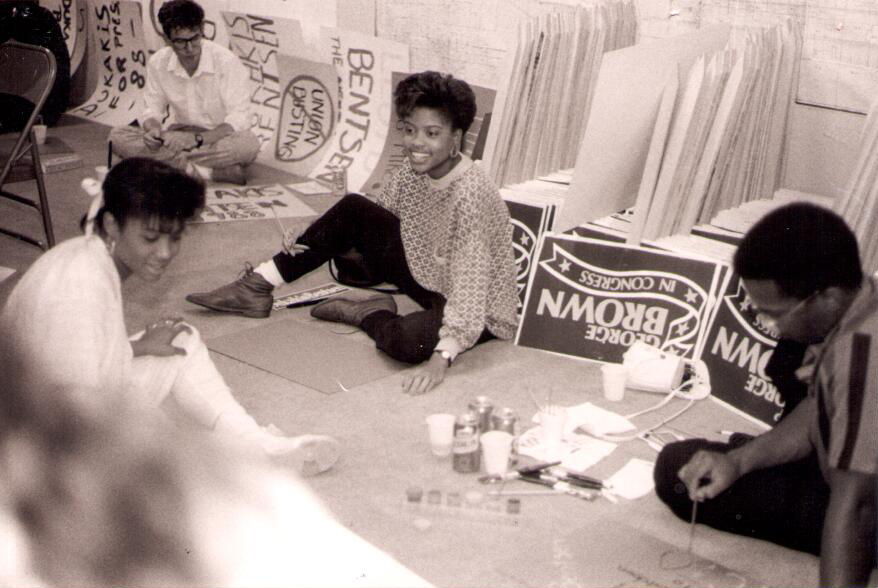 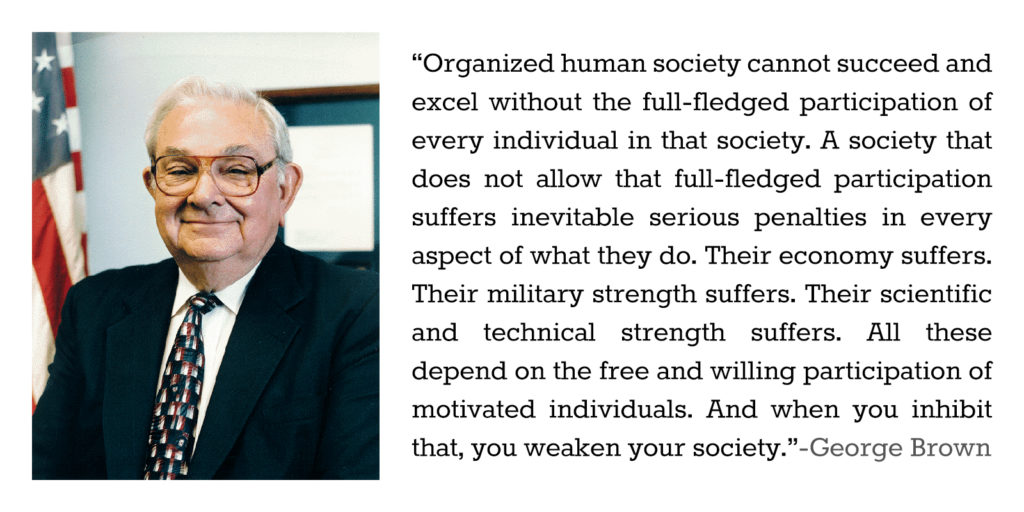 Last week I was invited to preview the Congressman George E. Brown, Jr. Archive at the Rivera Library on the University of California at Riverside campus, referred to as a “celebration of the legacy” of one of the longest serving and most respected public servants of the Inland Region. Brown served in the house for 34 years, winning 18 elections “often barely” and on a “low budget,” longtime Brown staffer Bobi Johnson said during the gathering. Johnson, now on the staff of Assembly member Chris Holden, was one of several Brown alumni present to preview the collected political papers of one of the region’s most celebrated elected officials. Brown died in 1999 at the age of 79, while serving his 18th term.

Considered a bi-partisan visionary, Brown was committed to non-violent problem solving and was one of the first representatives to publicly oppose the Vietnam War. He was instrumental in the passage of the Civil Rights Act of 1964, the Clean Air Act, and helped establish the Environmental Protection Agency. “He was concerned about climate change as early as 1969,” John Longville reflected. Another Brown staffer, Longville later served the public as a city council member, mayor, assembly member, and currently a community college trustee.

George Brown Legacy Project director Hans Johnson said the 530 boxes of documents spanning Brown’s career in elected office would allow students of public policy and public service to learn from and continue to build on a life committed to the ideals of inclusion and equality, civil and women’s rights, environmental protection, and scientific advancement. His widow Marta Macias Brown, as the steward of his tremendous legacy, donated the papers to UCR and has remained a tireless advocate for the project by hosting fundraising and informational events. She was also his chief adviser, and much like Longville, Johnson, former Assembly member Wilmer “Amina” Carter, and other Brown staffers, credits the congressman with instilling core values of public service.

I consider myself part of the Brown legacy as well. The year before I graduated from high school, I worked as an intern in his Washington DC office in the Rayburn Building. Bobi Johnson was my supervisor (although looking back now I think she was more babysitter and less supervisor since I was only 16-years-old). That was the summer I developed an interest in public service. The entire staff and even the congressman treated me like I had something intelligent to offer by giving me challenging projects to complete during my few short months there. Later during my college years I worked on his campaigns as the Westside San Bernardino outreach coordinator and still keep the photo that accompanies this post on the bulletin board next to my desk to remind me of the lessons I learned during those days.

“In a time when politicians too often trim their beliefs to the political winds, Brown remained faithful to his core principles,” a Los Angeles Times editorial said of the soft-spoken man with unassuming integrity shortly after his death. After the preview event at the library I started thinking about politics today and what Brown’s legacy can teach some of our candidates currently running for public office. A few days later as I watched Face The Nation, a segment by host John Dickerson on the importance of authenticity in modern campaigning resonated with me. Of course his comments reminded me of Brown. “An authentic candidate,” he said “is one who is what he seems to be…and believes exactly what he is saying and is passionate about his beliefs.” That was Congressman Brown, a man who throughout his career was referred to as both “ethical and courageous.” Hopefully, with the inaugural class of UCR’s Master of Public Policy Program beginning in a few weeks and the accessibility of the congressman’s papers, we can grow more like him right here at home.