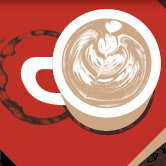 Before releasing a new song, the Motown music empire founder Berry Gordy was famously known for asking his team, “If you had only enough money for this record or a sandwich, which would you buy?” And if the team would rather buy a sandwich, then producers would have to return to the studio. The song was not ready for release.

Every year I travel to the Motown Museum in Detroit and stand in Studio A, the converted garage where Berry Gordy and his team deliberated the merits of songs by The Supremes, Smokey Robinson & The Miracles, The Four Tops, Marvin Gaye, The Temptations and others before deciding between purchasing the song or the imaginary sandwich.

It is in the spirit of the “Motown Sandwich/Song Deliberation” that I offer you the Rants & Raves “Latte Challenge”…an opportunity to assist in supporting the creation and dissemination of Rants & Raves, and the thoughtful and inspiring ideas this column presents weekly.

My favorite drink is the Chai Latte. It costs $3.65 at Starbucks. So I asked my team – my Rants & Raves collaborator graphic artist & illustrator Andre Loftis and my editors – is the content of this column worth the weekly deprivation of one latte per week for a year? We believe it is. And we hope you agree. And if you do we would like you to become either a Ranter at $189 or Raver at $250 or more.

For your support you will be listed in and receive a limited edition fully illustrated Rants & Raves book designed by Andre and featuring some of his favorite revised graphics and illustrations as well as my commentary on select pieces.

Tackling issues as diverse as the need to curb the proliferation of warehouses in the Inland Empire to a show of solidarity with international news media after the killings at Charlie Hebdo in Paris, the column educates, stimulates thought, and issues a call to action. What started as a good idea – a response to current events in the Inland Empire – has grown into an award-winning weekly column addressing local, national, and international issues. Our passion for the community and continued encouragement from our readers inspires us each week.

Just hit reply to this message…and let us know if you’re going to be a Ranter or Raver, and to be added to the mailing list for our October book-signing event in Riverside. With your help, we can continue to inspire positive change in the Inland Empire, throughout California and beyond. 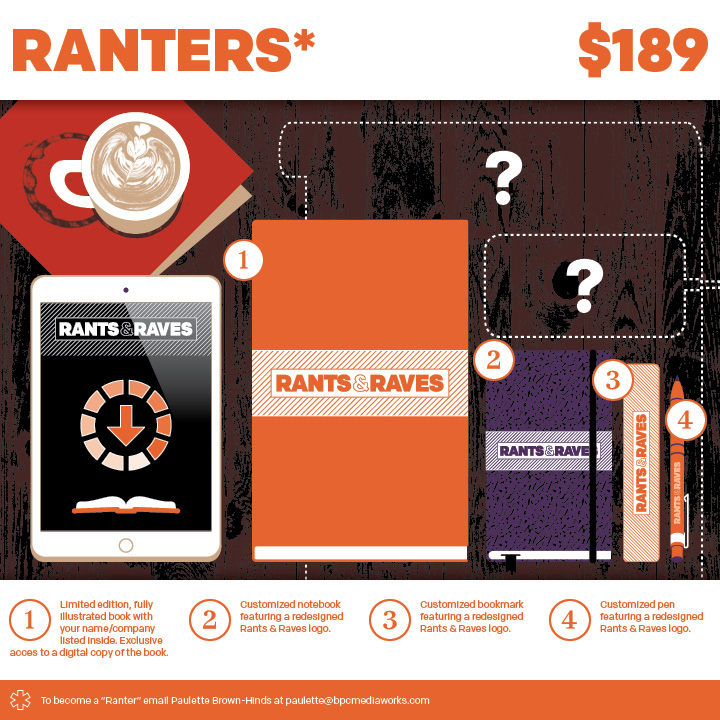 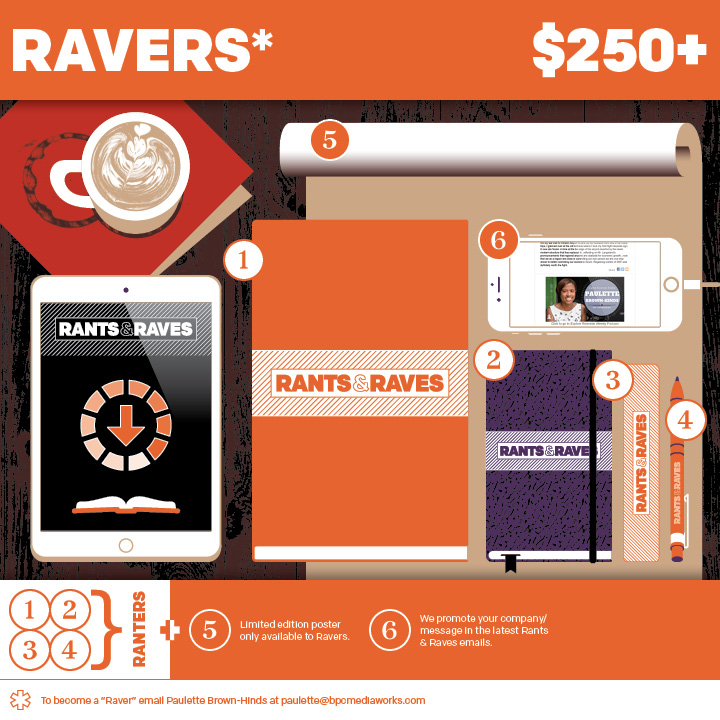