The Republican party has a penchant for suppression whether they are seeking to suppress minority  votes, the rights of women to make decisions about their own bodies, or doing everything they can to suppress minority participation in the 2020 decennial census—going to any lengths to minimize the voices of minorities and limit the allocation of federal funds to their communities.

Every time the U.S. undertakes the challenge of a census, the nation’s constitution requires that every person in the country, every man, woman and child within the borders of this country—whether natural born or naturalized, legal or undocumented— must be counted.

Yet, every ten years certain communities are identified as hard to count for a variety of reasons. As a result, these communities are undercounted. This is especially true among people of color, the homeless and immigrants, whether documented or not.

As the 2020 Census approaches it’s been clear from the moment the current president announced his candidacy, he has no tolerance for the people of these communities. Upon taking office he wasted no time implementing initiatives designed to deport, restrict, detain and/or denigrate members of these groups.

One of the ways certain to minimize their voices is to assure the undercount of their communities continues and the administration is attempting to do just that by adding a citizenship question to the upcoming census.

Despite the implausible assertion of U.S. Secretary of Commerce Wilbur Ross who declared the question was required to gather citizenship data to protect America’s voting rights—many believe the real reason was to suppress participation in the census survey.

With the administration’s unrelenting pressure on immigrants and asylum seekers it doesn’t take much to figure out how a citizenship question would make people afraid and suppress participation by creating fear their responses could be used by the administration for nefarious reasons. Civil Rights advocates, social scientists, policy makers and other experts have stated unequivocally the question will suppress census participation.

It is the very real possibility of suppression that should cause concern among residents of majority-minority communities like those in Riverside and San Bernardino Counties regardless of one’s political affiliation. 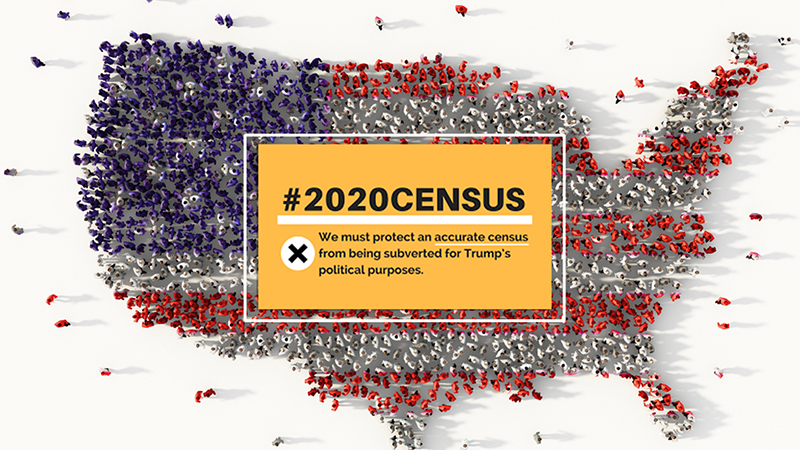 Census data is not only used to allocate seats in the U.S. House of Representatives it also determines federal funding allocated to states in support of several programs including Section 8 Housing vouchers, Medicaid, SNAP, Head Start and numerous other programs. Census results are also used to allocate funding for highway planning and construction.

So, when leaders of the current administration contrived to suppress census participation, they were only seeking to potentially rob local communities and others around the nation of adequate representation at the federal level but also of the federal funding they need to help establish and maintain viable and vibrant communities.

Although many in the country have long suspected this was the administration’s real purpose in insisting the citizenship question be added, last week a “smoking gun” showed such suspicions are warranted.

The ACLU filed new documents in a case pending before the U.S. Supreme Court seeking to block the administration’s ability to add the citizenship question to the 2020 Census. The documents presented to the court, revealed a longtime Republican redistricting expert who is now deceased, Thomas Hofeller, as reported by Time, “contributed vital language to a letter used [by the administration] to justify adding the question.”

According to information in the documents, the administration added the question in hopes of diluting the voting power of minorities—by making immigrants afraid to participate. In the process, the administration would not only impact the power of their vote, they could legally steal/deny these communities access to millions if not billions of dollars in federal funding.

On August 9, 2014, Michael Brown Jr. was fatally shot dead by the police in Ferguson, Missouri for stealing a $6.50 box of Swisher cigars.   Something is wrong in this country when an 18-year-old African American can be shot down by police for stealing an item worth $6.50, while a president with the help of his political enablers can contrive to steal millions of dollars from minority communities across this county and be celebrated for their actions.

The only way to fight back against this egregious distortion of democracy and blatant theft of our voting power, our representation, and federal dollars to our communities is for every person of color, for every person, to stand up and be counted in the 2020 Census!  It is the only way we can stop the theft. . .