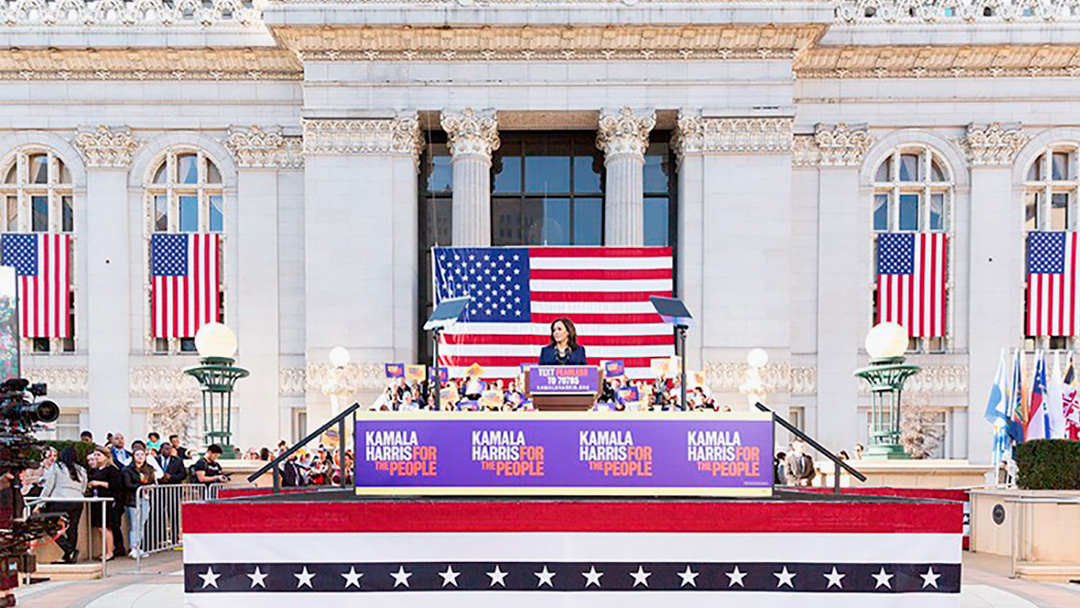 It was a whirlwind weekend of declarations by the U.S. Senator from California, Kamala Harris, that were enthusiastically received by crowds in South Carolina and California as she formalized and finalized the announcement of her candidacy for the President of the United States.

Friday night she spoke before her sisters of Alpha Kappa Alpha (AKA), the powerful sorority originally founded at Harris’ alma mater, Howard University, in 1908. The sorority’s credo could be viewed as a model for Harris’ commitment to public service– credo to be “Supreme in service to all mankind.”

It is a credo that has stood the test of time as there are now more than 300,000 sorority members on college campuses across the country and around the world.

Friday night, Harris spoke before more than 3,000 of her AKA sisters in Columbia, South Carolina. With the nexus of AKA and the unwavering role of Black women voters. Without a doubt with AKA’s support, Harris has a powerful wind at her back.

“We’re talking about political power, and we have it,” said Lorri Saddler Rice who pledged AKA with Harris at Howard in 1986 in an interview with CNN. “We have it and we’re going to leverage it. You’ll see it’s going to make a difference.”

On Sunday, Harris brought her campaign message home to Oakland, California and told a crowd of 20,000 enthusiastic supporters, “My heart is full right now,” she told the crowd when she reached the stage. “I am so proud to be a daughter of Oakland, California.” 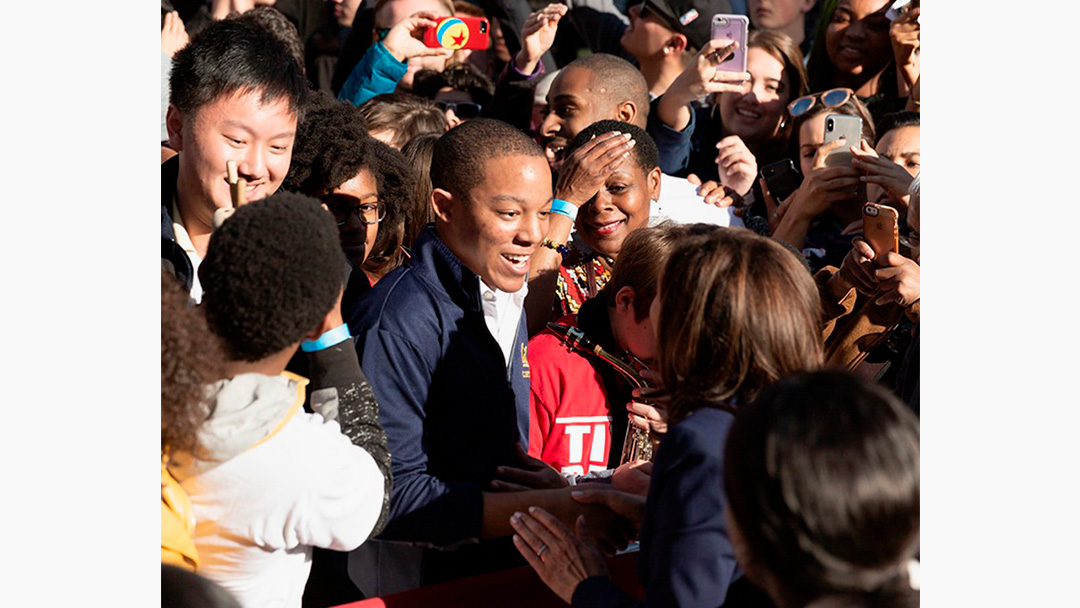 “We are here because the American Dream and our American democracy are under attack and on the line like never before. “We are here at this moment in time because we must answer a fundamental question. Who are we? Who are we as Americans? So, let’s answer that question to the world and each other right here and right now. America: we are better than this.”

During her speech Harris took a moment to address some of the criticism from progressives regarding her record as district attorney of San Francisco and later California’s Attorney General. She echoed words from her recently released autobiography where she identified herself as a progressive prosecutor who believed she had a greater opportunity to address issues related to injustice by operating from within the system.

“I knew our criminal justice system was deeply flawed. I knew that the people in our society who are most often targeted by predators are also most often the voiceless and vulnerable. And I believed then as I do now, that no one should be left to fight alone.”

She further stated, “Let’s speak the truth that too many unarmed Black men and women are killed in America. Too many Black and brown Americans are locked up. From mass incarceration to cash bail to policing, our criminal justice system needs drastic repair.” She also addressed the recently passed criminal justice reform initiative and the #MeToo movement and Medicare for all.

There were several memorable passages in her presentation one among them that resonated with the crowd was when Harris said she is running, “with faith in God, with fidelity to country, and with the fighting spirit I got from my mother.”

It was her message of hope however that seemed to truly inspire the diverse crowd who gathered to hear her speak. “The truth is that as Americans we have so much more in common than what separates us, she proclaimed. “We are already standing on common ground. I say we rise together, or we fall together as one nation indivisible.”