Some Criticism Lingers Over July Appointment to Western Municipal Water Board 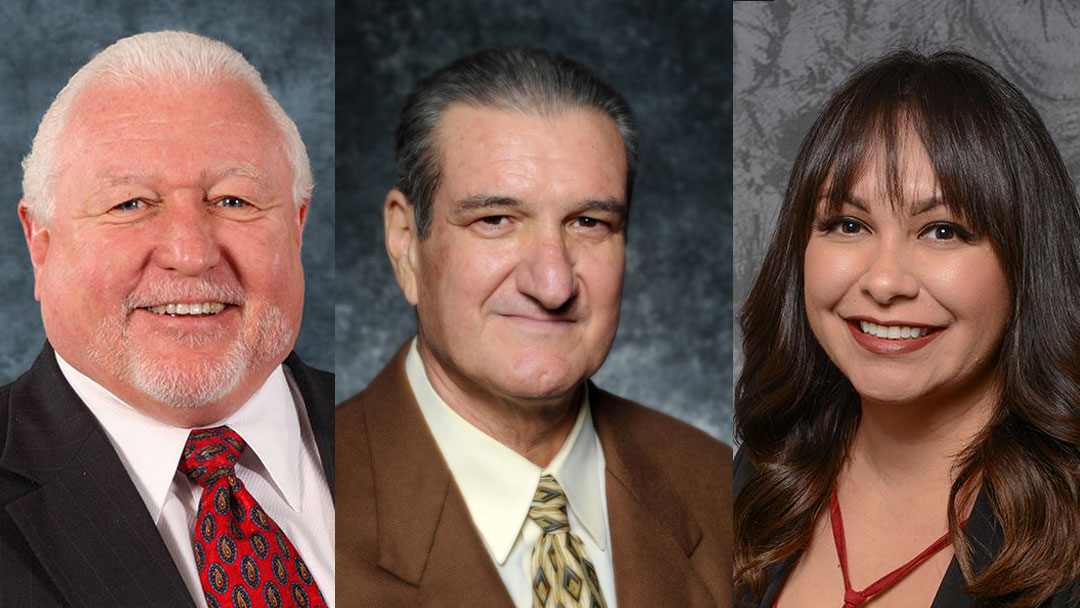 When the Western Municipal Water District interviewed and appointed former Riverside City Councilmember Steve Adams to fill the Division 1 Board position left open following the unexpected death of Director Robert Stockton on May 13, 2020, there was some resistance to the appointment process by at least one Board member and some constituents.

Adams was one among four candidates which also included Mike Gardner, Nancy Melendez, and Teresa Morales, who interviewed for the position on July 1.

The candidates were interviewed separately, and each candidate was asked the same set of questions by the same board members in the same order.

They included such inquiries as how long each has lived within the boundaries of WMWD Division 1; their background and experience; how they managed making tough decisions, whether they had previously attended WMWD Board meetings, etc. In addition, each candidate was provided an opportunity to give an opening statement before the round of questions and a closing statement when the questions were completed.

After the series of interviews Fourth Division Director and WMWD Board President Donald D. Galleano stated, “I am taken by the quality of individuals who have tossed their name in and come before the board today.”

He then proceeded to express his preference regarding who he believed should replace Stockton’s position until the election. “In Steve Adams, we have a highly regarded individual.” He went on to explain since Adams committed not to run to permanently fill the position, “I would highly suggest that we allow these people to represent the balance of this time. “I’ve known him personally for a long time.” 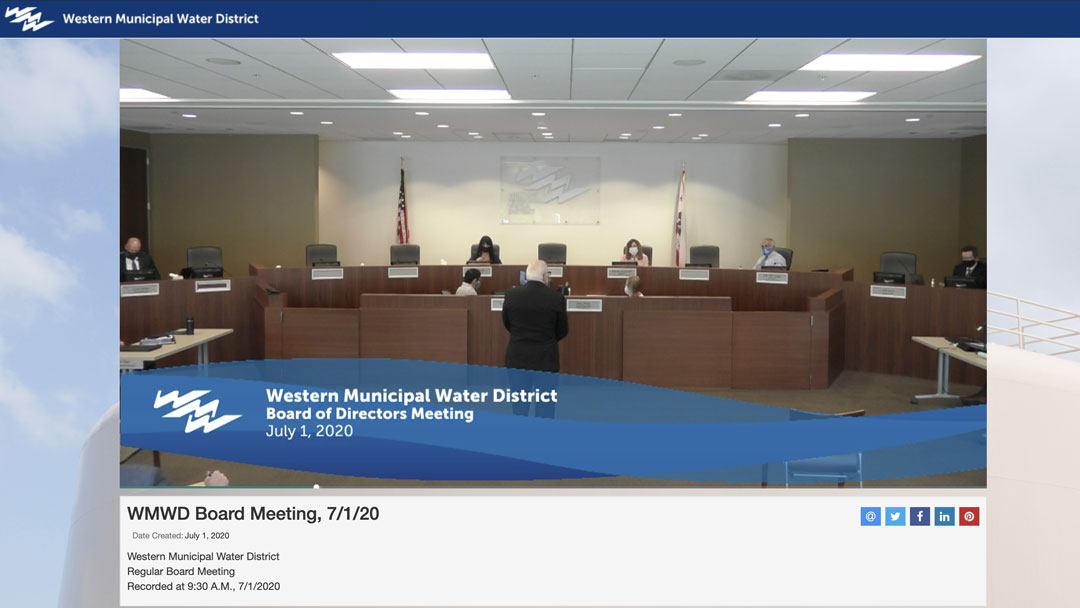 Steve Adams interviews before the Western Municipal Water District Board of Directors on July 1, 2020

“I’m excited to work with any of the people who presented [themselves as candidates] today,” he shared before adding his belief however that the voters in Division 1 should decide their own replacement in the coming election, and recommended the Board appoint Steve Adams in the interim, since he was the only candidate who committed not to run for the position in the coming election.

Although most of the Board would ultimately vote in alignment with Galleano, Director Gracie Torres disagreed with the process.

Torres wanted the Directors to each identify his or her top two candidates out of the four and then engage in a robust discussion about their choices before taking a final vote. This resulted in what some viewing the session perceived as a sharp retort from Galleano to Torres.

Although Torres’ recommendation was voted on as a possible way to proceed, it failed to secure the three yes votes required to act. As a result, the Directors voted instead to follow the recommendation of Galleano and accepted Adams as Director of Division 1.

At least one constituent expressed disappointment in Adams being selected for the position stating her belief Galleano’s support of Adams was “cronyism,” particularly since he spoke about his long-term relationship with him.

Others may agree with this assessment of cronyism as it is reflective of previous sentiments levied against the Riverside City Council when it temporarily appointed Adams to a position on the council in 2017.

The individual wrote, “I was shocked to learn that Steve Adams was appointed, but even more appalled by the behavior of Board President Don Galleano towards Director Gracie Torres.”

The constituent went on to declare, had the Board followed a more transparent and deliberative process, “It might have been highlighted that Adams has a history of domestic violence.”

The allegations of domestic violence allegation referenced by the constituent actually dates to a 1994 incident in Kansas involving Adams and the ex- spouse of a woman he was dating who purportedly called in the complaint. The charges against Adams were ultimately dismissed.

Adams qualifications include his having lived within the boundaries of Division 1 for more than 50 years;  having served on the Riverside City Council for 15 years; and his 15 years serving the community as a member of the Riverside Police Department.

Although WMWD website states, “The Board’s appointment was ultimately based on Mr. Adams’ experience, long history of public service, commitment to the community, and his ability to build rapport with constituents,” a review of the video from the July 1 meeting where the decision was made seems to imply otherwise.

All the candidates appeared competitive and it appeared clear the primary point of differentiation in Adams being selected to fill the position over the others in competition was largely rooted in his declaration he would not pursue the position in the coming election.

As noted above, the Division 1 Director’s seat will be placed on the ballot the November 3, General Election. Adams will serve as the Division 1 Board Director until the general election results are certified.