Sleeping on Their Breath: Legacies of Tuskegee 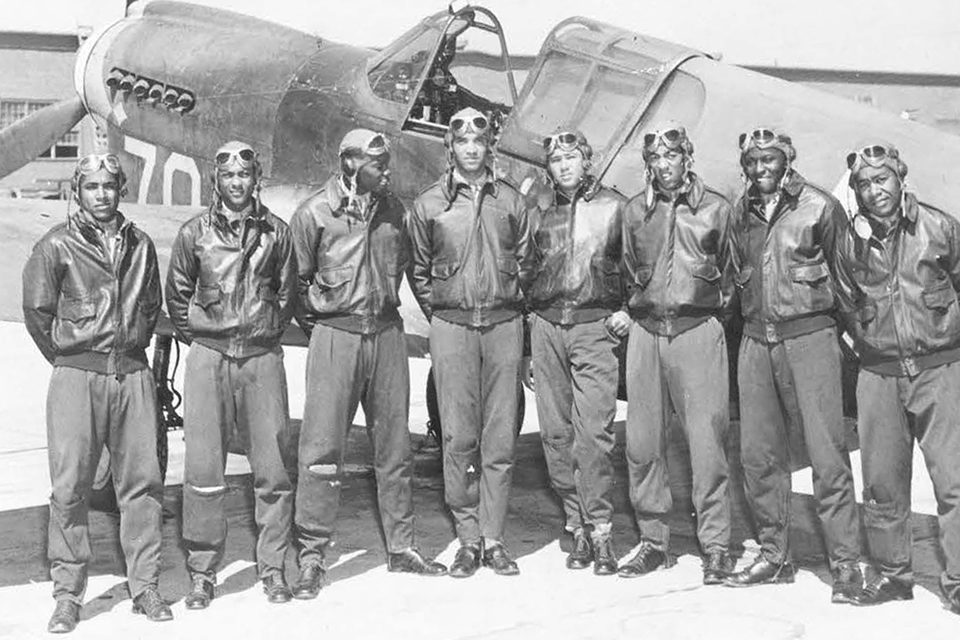 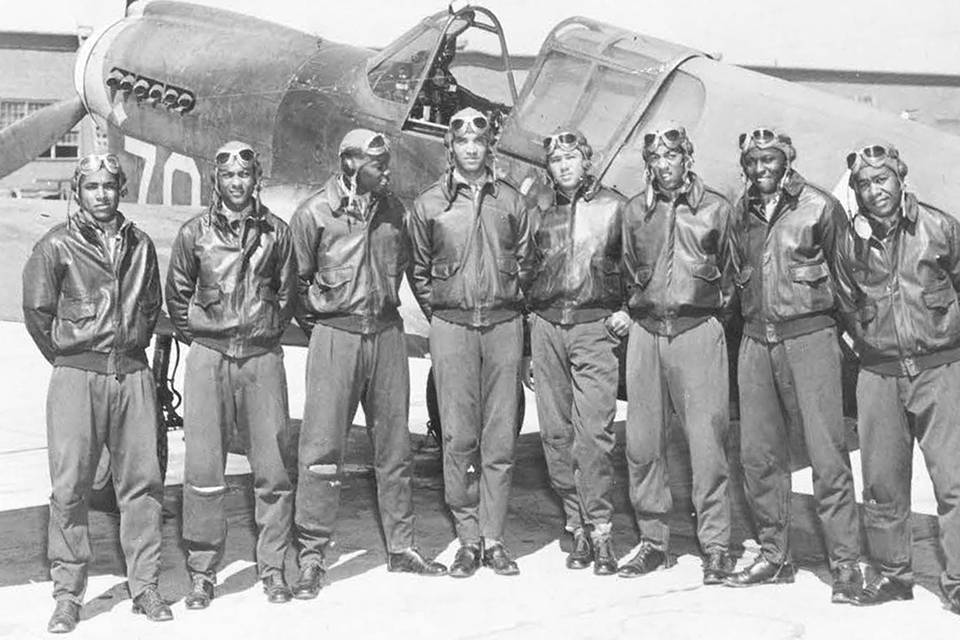 I have always felt we poets are both blessed and cursed by the nature of our art in that we can pull from so many different places. We poets write as if we are composing music, every line, every word placed just so. We write poems that personify individuals vastly different than ourselves, or poems that are intensely intimate, secrets spilled forth in the dark. It is not just the subject of the words that concerns us, it is the sound of the communication itself; the brutality and beauty of every experience. And we tell stories in our poems. Stories that need to be heard.

One of the first books of poetry I read from cover to cover was a book called Leadbelly, by Tyehimba Jess. In this book of poems, we are taken on a journey through Huddie William Ledbetter, a blues guitarist of the 1930’s and 40’s, incredible life. We get letters from his family, we get to hear the songs he heard in prison, we get to step into his life. When I first read the book, I felt as if Ledbetter’s voice and experiences was branded into my head, as if it were a part of myself, as if I were truly there.

In the 1930’s the NAACP, and other civil rights leaders such as Walter White, A Philip Randolph and the African American newspaper Pittsburgh Courier put pressure on the U.S. Military to accept African Americans into aviator training. The response by the U.S. Military was to create a segregated all-Black unit for training at Tuskegee Institute and later an all Black unit, the 99th Pursuit Squadron.

When the 99th Pursuit Squadron was activated 1941, training was difficult due to segregation polices. An example of this was that Black officers were not given command slots because as General Henry "Hap" Arnold said, "Negro pilots cannot be used in our present Air Corps units since this would result in Negro officers serving over White enlisted men creating an impossible social situation."

These difficulties extended to other situations in which Black officers were refused service off based, classified as “trainees”, and refused entry to Officer’s clubs. Later the Black men of Tuskegee Experiment (as it was called then, as it was expected to fail) would go on to experience regular success in combat. So much so that they became legend in Black communities, proving without a doubt the equality of the races.

Audre Lorde’s word: biomythography, is defined as work that “has the elements of biography and history of myth…’’ (Black Women Writers at Work edited by Claudia Tate). I think about this aspect of writing as I think about writing from history. All of the past stories that we hear are myths, tales passed down to us from the voices of the time before. These stories are desperate to be told and heard because they are reflections of our own lives. For this is the complexity experience, we must use as writers. Where we have come from, how it shapes us, how it makes good or bad, whole.

When I think of the Tuskegee airmen I wonder how they could have served, how they could have fought so bravely for a country that treated them so cruelly. They were men, too. Men with lives and hopes and wants, who must have felt the double evils of racism and war. But then I remember of this present life. The political war we are truly in right now, the bravery we must have to work towards unity and hope in this present darkness of disregard for those in society who need it most.

The Inlandia Institute, Riverside African American Historical Society, and the Center for Social Justice & Civil Liberties, and Black Voice News are presenting a public forum, Red Tails: Legacies of the Tuskegee Airmen on Saturday, March 18, 2017, 3:30 – 5:30 p.m. at the Center for Social Justice & Civil Liberties, located at 3855 Market Street in downtown Riverside. I will moderate a panel discussion that includes Sandra Blackman, professor of history at San Bernardino Valley College, and Tuskegee Airmen: Master Sgt. Buford A. Johnson, Lt. Colonel Harlan Q. Leonard, Jr., and others. We will discuss the complex history and heroism of African-American aviators and the Tuskegee experience.

These legacies, these lives, are our lives. Marilyn Nelson, the daughter of a Tuskegee airmen, has a few lines that best sum up these ideas. An excerpt below:

…My tent-mate was a guy named Starks.
The funny thing about me and Starks
was that my air mattress leaked,
and Starks' didn't.
Every time we went up,
I gave my mattress to Starks
and put his on my cot.

One day we were strafing a train.
Strafing's bad news:
you have to fly so low and slow
you're a pretty clear target.
My other wing-man and I
exhausted our ammunition and got out.
I recognized starks
by his red tail
and his rudder's trim-tabs.
He couldn't pull up his nose.
He dived into the train
and bought the farm.

I found his chocolate,
three eggs, and a full fifth
of his hoarded-up whiskey.
I used his mattress
for the rest of my tour.

It still bothers me, sometimes:
I was sleeping
on his breath.

Poet Nikia Chaney is Inlandia’s Literary Laureate. This column was first published as part of Inlandia Literary Journeys in The Press-Enterprise.