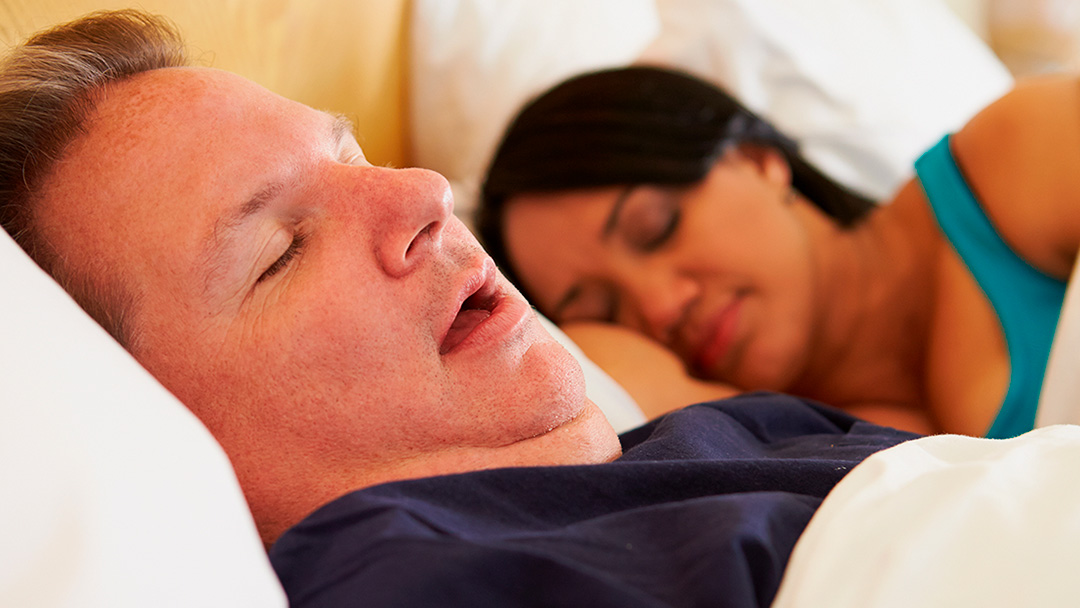 In adults, the most common cause of obstructive sleep apnea (OSA) is excess weight and obesity, which is associated with soft tissue of the mouth and throat. During sleep, when throat and tongue muscles are more relaxed, this soft tissue can cause the airway to become blocked.

Current statistics indicate that 70% of U.S. citizens are medically classified as having overweight or obesity (NIH, 2017). Overweight is categorized as a body mass index (BMI) of 25 or greater, with obesity being a BMI of 30 or greater. Approximately one in three adults in the U.S. has obesity. Twenty-five million Americans, or one in five, are estimated to be affected by sleep apnea.

Define Sleep Apnea: Sleep apnea is defined, broadly, as the occurrence of five or more breathing-related events per hour, measured by polysomnography (sleep study). These events result in the momentary cessation of breathing or reduced breathing effectiveness.

Sleep Apnea Symptoms: The most notable sleep apnea symptoms include excessive daytime sleepiness and snoring. However you define it, sleep apnea is a serious breathing-related condition that is linked to many other medical disorders, including high blood pressure, heart attack, and stroke.

The prevalence of overweight and obesity have increased to epidemic proportions in the last few decades. This has resulted in increased occurrences of obesity-related disorders, such as sleep apnea. The three most important factors to consider with sleep apnea are sex, age group, and weight status. Sleep apnea occurs more frequently in men, older individuals, and those with higher BMIs.

Treatment for Sleep Apnea: The most common treatment for sleep apnea is nighttime use of continuous positive airway pressure (CPAP). This option is often too burdensome for some patients for lifelong management of the disorder. Others find the delivery of CPAP intolerable. In these patients, weight loss is a viable strategy for reduction in severity and progression of sleep apnea.