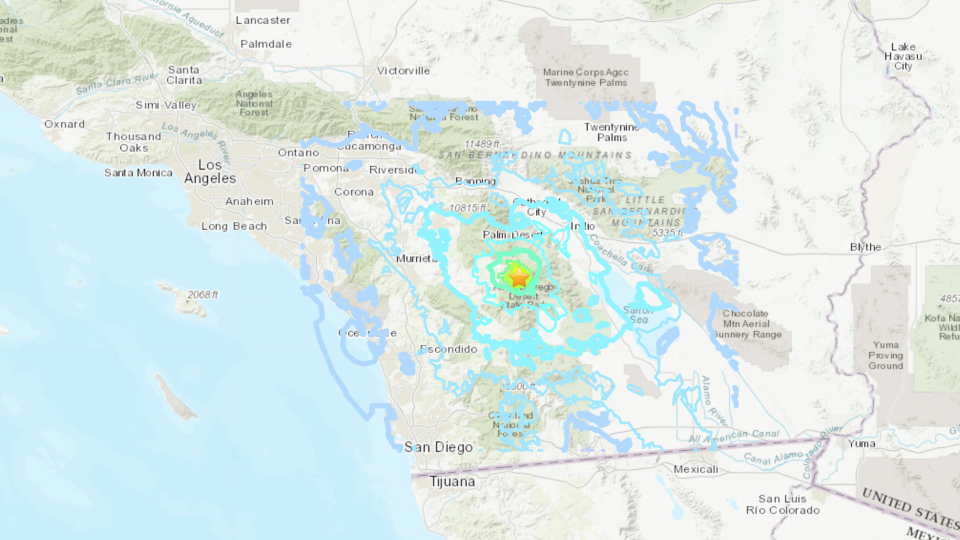 Anza, CA – A series of earthquakes rattled parts of Riverside County on Friday, beginning with the first and largest striking around 6:53 p.m. and measuring 4.9 on the Richter scale according to the U.S. Geological Survey (USGS).

Seismologists pinpointed the quake along the San Jacinto fault, which runs through Riverside, San Bernardino, San Diego, and Imperial Counties.