Seizing the Moment! For municipal leaders and organizations who agree, “Racism is a Public Health Crisis,” act on your declarations and help create meaningful change

“Wonder and passion are a binary star, intimately orbiting each other and together exerting a unique gravitational force. Sometimes we seize the moment, and sometimes it seizes us.”

Amid this epoch of darkness in  America as Black and Brown people succumb to COVID-19 in unimaginable numbers; as White nationalist wave banners of ignorance in broad daylight; as the nation’s president—who wears racist and misogynist sympathies as a badge of honor—tacitly encourages police to exercise authority in the tradition of 18th century slave catchers perpetuating the brutalization and murder of Black lives—something has clearly shifted in the moral consciousness of this country.

As elsewhere in the nation the shift is moving forces here in California, here in the inland region, as Black leaders and others of good conscience are seizing this moment, just as this moment has seized us. People of all race, creeds and color are joining Blacks in growing demands for change.

Black people are not only demanding change as we have throughout our history, and it is our legacy and shared responsibility to future generations—community leaders are strengthening coalitions for action and legislators are using their political acumen and laying down markers as they push for action oriented results that are meaningful and concrete.

We have also seen leaders in city council meetings and supervisory boardrooms make declarations that, “racism is a public health crisis.” Now, we wait to see how these declarations will transmute into action. I, for one, have a couple of substantive recommendations to get the ball rolling in this regard.

The Black Equity Initiative of the Inland Empire (BEI-IE) has just launched the Black Equity Fund, a regional fund with a preliminary goal of raising five million dollars over two years.

BEI-IE is a consortium of inland area organizations that share a desire to improve social conditions through empowerment, education, and policy change—all essential cornerstones in the quest for Black equity. 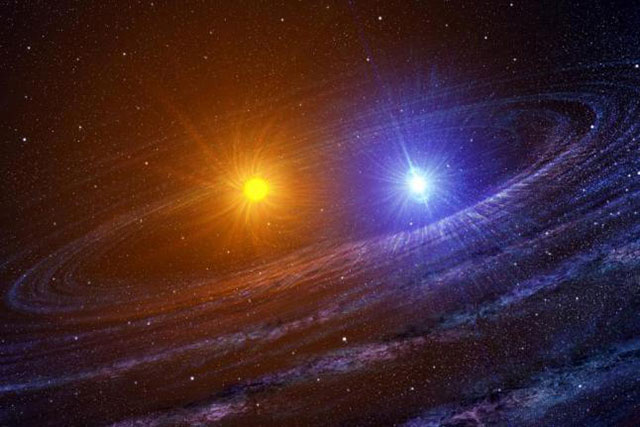 BEI-IE is working in partnership with the Inland Empire Funders Alliance and has already secured a funding commitment from The California Endowment and the Inland Empire Community Foundation while additional foundations and private donors have also expressed interest.

The objective is to use the funding to undergird efforts of Black-led organizations (BLOs) in the region that too often go unheard, unsupported, and underfunded, yet persevere in their labors of love to serve an underserved community as they simultaneously work to address issues of equity.

One of the ways the many municipalities that have declared “racism a public health crisis,” can breathe life into their proclamations, is to provide fiscal and/or other meaningful support to the Black Equity Fund.

Another way local leaders and others who believe “racism is a public health crisis” can meet the moment is to speak out in full-throated support of Proposition 16 in advance of the November 3, 2020 Presidential Election. Proposition 16 will end the Affirmative Action Ban implemented nearly 25 years ago with the wrong- headed passage of Proposition 209.

The intervening years have deprived Black and Brown students equitable access to the state’s institutions of higher learning and deprived minority and women owned businesses fair and equitable access to state contracts. In general, it has served as a barrier to equity for minorities and women.

Repealing the ban on Affirmative Action is a sure way to help level the playing field by taking proactive steps to identify and root out discrimination based on race, sex and sexual orientation by improving access to higher education and work opportunities for these groups, including access to state contracts.

Although the proposition has strong support from a number of key sectors, it will certainly face robust opposition from some politically active segments of the Chinese community who for some reason don’t see themselves as people of color though their share a history of discrimination in America—most recently fueled by the president in relation to the coronavirus. In addition, the fiercest opposition will most assuredly come from the Republican party.

All too often California has failed to live up to its over-hyped reputation as a bastion of liberalism. This is one of those instances. California is one of only eight states in the nation clinging to antebellum attitudes in this regard by preventing the consideration of race and/or gender in hiring, the allocation of state contracts or the acceptance of student Black and other minority into public colleges and universities—a fundamental barrier to the quest for equity by these groups.

In recent weeks, local leaders have found the courage to pass resolutions in the seclusion of city council chambers and county boardrooms declaring “racism a public health crisis.” Certainly, these affirmations of the Black experience are welcomed.

Creating true change at the state and local levels, however, requires more than declarations—it requires these elected officials to truly lead, to be change agents and advocates. They can begin by supporting these two important initiatives.

They can become advocates for grants in support of the Black Equity Fund. They can raise their voices and speak out on behalf and in support of Proposition 16 and the reinstatement of Affirmative Action in California.

Where you stand on these issues will be evidence of your authentic commitment to what you profess in the recently passed declarations stating, “racism is a public health crisis.” The best way to eradicate the crisis is by rooting out the systemic racism that perpetuates it through purposeful and intentional efforts.

If you meant what you said and were not just paying lip service to an issue that is often a matter of life and death to Black Americans, then prove it!

Have the courage to support these important actions.

I began this piece with a quote about a binary star and the importance of seizing the moment and I will end by challenging those leaders here in the inland region who willingly or reluctantly supported the aforementioned declarations to translate the words on those papers into action by advocating for fiscal support of the Black Equity Fund and to come out of the chambers and boardrooms, raise your voices, and stand in support of Proposition 16.

If you cannot stand with the Black community on these important issues as examples of your true commitment to change, then your paper declarations are meaningless and of little value to the Black and Brown constituents you serve.

There will be a lot of money spent to defeat Proposition 16 in November. If you are committed to what you proclaimed in your declarations, we ask you to become advocates for its passage. You can be leaders in convincing your constituents to support it regardless of your party affiliation. Remember, “When a brave man takes a stand, the spines of others are often stiffened.”

On these important matters we will judge you not by what you said or professed in your documents, but by your deeds when presented with opportunities to make your declarations come alive.

S.E. Williams is the Executive Editor of the IE Voice and Black Voice News