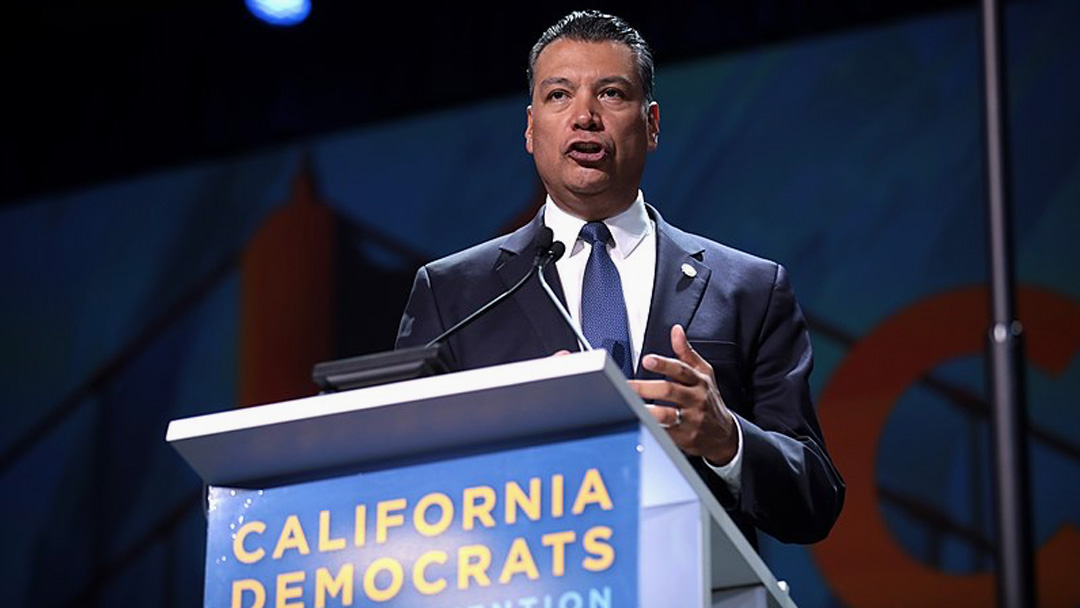 All registered voters in California will soon receive a mail-in ballot even if they haven’t asked for one, and there will be plenty of options to register, re-register, vote by mail, vote in person or vote curbside up until Nov. 3rd, said Secretary of State Alex Padilla at a briefing with ethnic media.

“We have to start thinking of November 3rd as the last day of voting, not simply as ‘election day’,” Padilla noted.

California has 21 million registered voters, more than the population of every other state except Florida and Texas, and the largest number of voters anywhere.

Voting by mail has been growing in popularity, Padilla said. In the last statewide election – the March primary—up to 70% of registered voters voted by mail.

“That’s a great start, but in California 30% of voters is still a large number. We want to make sure those who are not familiar with this way of voting are comfortable with it and know they can still vote in person if they need or want to,” said Padilla.

Voters should vote by mail and vote early, Padilla urged, and they should take advantage of tools that improve the transparency and security of voting such as ballot tracking (Where’s My Ballot?) which tells them when their ballot has been sent, when it was received by the county, and when it was counted.

Voters can sign up for ballot tracking and receive notices via text, email or voice call, he added.

“This will be great for transparency, accountability and confidence, which have come under attack in recent weeks,” Padilla noted. He called the timing of the Presidential elections in the midst of the pandemic and heightened political polarization “an unprecedented situation.”

Padilla encouraged voters to register, re-register if they need to change their voter file information or check their registration status by going online at VoterStatus.sos.ca.gov. If any of their information has changed, including their address, they can register or re-register at https://registertovote.ca.gov/.

Mail-in ballots will go to voters the first week of October (and mid-September for overseas voters).

“According to the law you need to postmark the ballot by Nov. 3, but we are extending the deadline for that ballot to arrive in county offices from three days to 17 days,” Padilla said. “This is just in case there are delays by the postal service.”

The deadline to register to vote is Oct. 19, but in 15 counties that participate in conditional voter registration, including San Francisco, people can complete a Voter Registration Application at their local Department of Elections on the day of the election and receive a provisional ballot which will be counted after it has been verified.

“There are several reasons why some people need to vote in person – such as accessibility, or to receive language assistance, or to replace a ballot that was lost, or if you made a mistake,” Padilla noted.

Voting in person will happen in bigger and safer locations than in the past, such as the Golden One Center in Sacramento, an NBA arena, the Dodger Stadium and the Staples Center in L.A., the Chase Center in San Francisco, and the Oakland Coliseum.

Counties are working to identify voting locations where authorities can guarantee that health precautions are followed, including social distancing, mandatory use of masks and availability of sanitizers.

As for the security of mail-in voting which President Trump has repeatedly questioned, Padilla pointed out that ballots are printed on paper that has specific watermarks, are printed by certified printers made in the USA only, use official envelopes with barcodes that can be tracked, and require the voter’s signature on the outside of the envelope.

Referring to President Trump’s recent suggestion that voters in North Carolina vote by mail and then show up in person “to test if the first ballot was counted,” Padilla said that the state has a number of features to prevent any kind of “double voting.”

In California, every ballot has a unique barcode and as a ballot comes in or the person votes, the record is “immediately updated.” If someone sends a mail-in ballot and then presents themselves as the ballot box, they will be shown to have voted and be turned away, he said.

He also said any kind of “electioneering” or harassment at the polls is “illegal.” He encouraged anyone with questions, comments, or complaints to call the SOS hotline at 1 800 345 VOTE or their local county registrar.

Padilla warned that for close races it will take weeks for counties to finish processing and auditing the results. “If that’s the case, it’s not a time to panic but to be patient and confident,” Padilla said, adding that he is concerned that President Trump will claim victory “prematurely.”

“Results aren’t final until the work is done,” Padilla said.

Pilar Marrero is a journalist and author with long experience in covering social and political issues of the Latino community in the United States. She is one of the foremost experts on immigration policy and politics in the US media world and has covered the issue extensively during her years as a reporter. Marrero is the author of the books “Killing the American Dream” and “El Despertar del Sueño Americano.” In October 2018, she was selected by her peers at CCNMA (Latino Journalists of California), as Latina Journalist of the Year.

If I vote by mail can I track my ballot?

A mail in ballot envelope

Someone dropping an envelope in a mailbox