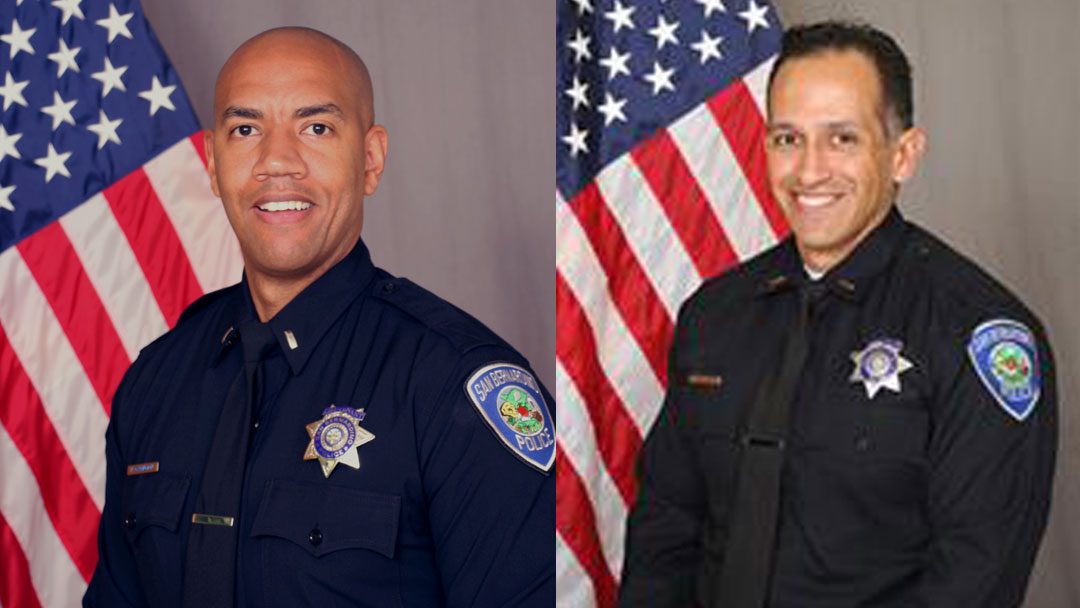 Lieutenant Nelson Carrington and Captain Francisco Hernandez were considered for advancement after undergoing multiple investigative, supervisory and management courses to determine their ability to fit the roles.

“I selected these two hard workers as my newest lieutenant and captain because they are proven leaders,” said Interim Chief Eric McBride.

Both have dedicated themselves to serve the City of San Bernardino and have been with the department for over 15 years. They have held many ranks including officer, corporal and sergeant, although Hernandez held the rank of lieutenant before being promoted to captain.

Hernandez was born in Bellflower and moved to the Inland Empire in 1980. Francisco joined the San Bernardino Police Department in 2004 where he held the ranks of officer, corporal, sergeant, lieutenant, and was promoted to captain in 2020.

Both have a passion for working with youth and have volunteered at Police Activities League events, have managed the Police Explorers post, and Hernnadez has worked hard to find funds to hire explorers as cadets.

“Nelson Carrington and Francisco Hernandez have demonstrated their leadership abilities amongst our organization and have earned respect and trust of our community members,” said McBride.

Lieutenant Carrington was born in New York and moved to California in 1989. He was raised in the Rancho West neighborhood of San Bernardino and has a close connection to the inland region. He enlisted in the United States Army Infantry right out of high school. He found a deeper understanding of community and department needs because of his day to day on the job experiences.

For more information on how to join SBPD visit https://www.joinsbpd.org/.