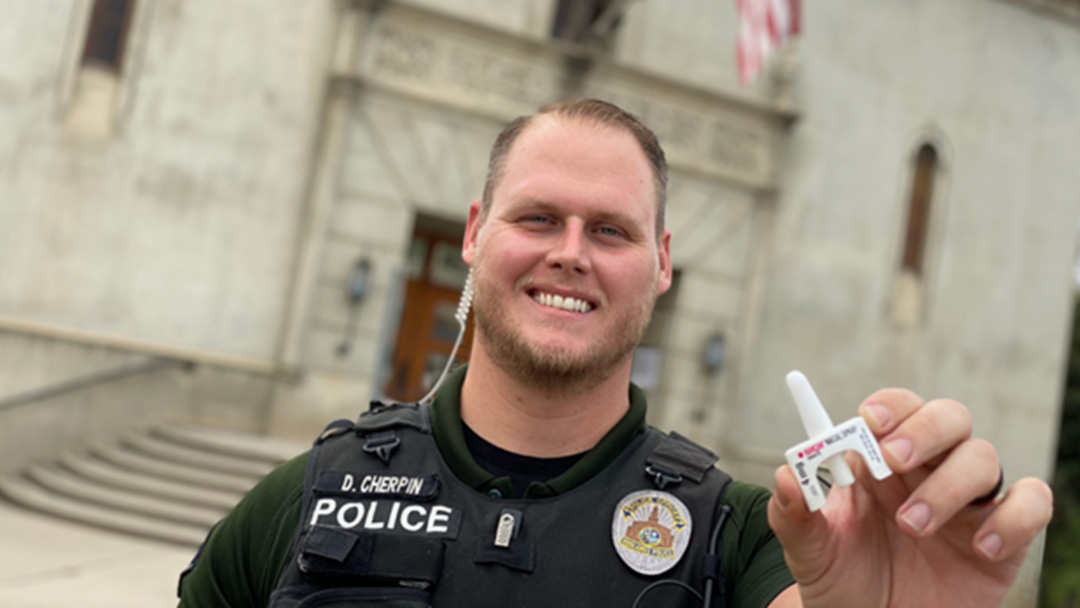 Officer Daniel Cherpin started his public safety career as a paramedic for American Medical Response Ambulance Service in 2012. He was later drawn to serve the community as a police officer in Redlands where he is assigned to its Multiple Enforcement Team and as a member of the department’s SWAT team. With a passion for saving lives and degrees in fire science, law enforcement, and emergency medicine he grew concerned with the rise of deaths and overdoses involving the drug heroin and increased emergency calls where a user would be on the brink of death and he and his partners were helpless to assist. Aware of the success other departments were having with a medication called Narcan, he sought it as a solution to help save lives locally.  With department approval, he partnered with Dr. Phong Nguyen of Redlands Community Hospital and developed the training program Redlands police officers needed in order to carry and administer Narcan to overdose patients. As of early November, the police officers from their department have saved the lives of 14 people through the administration of Narcan.

Header Photo:Daniel Cherpin (Source: San Bernardino District Attorney) Daniel Cherpin sought a solution to help his fellow police officers save the lives of those who come close to drug overdose. Cherpin’s efforts are paying off as 14 people in Redlands are alive today thanks to the officers of the Redlands Police Department.