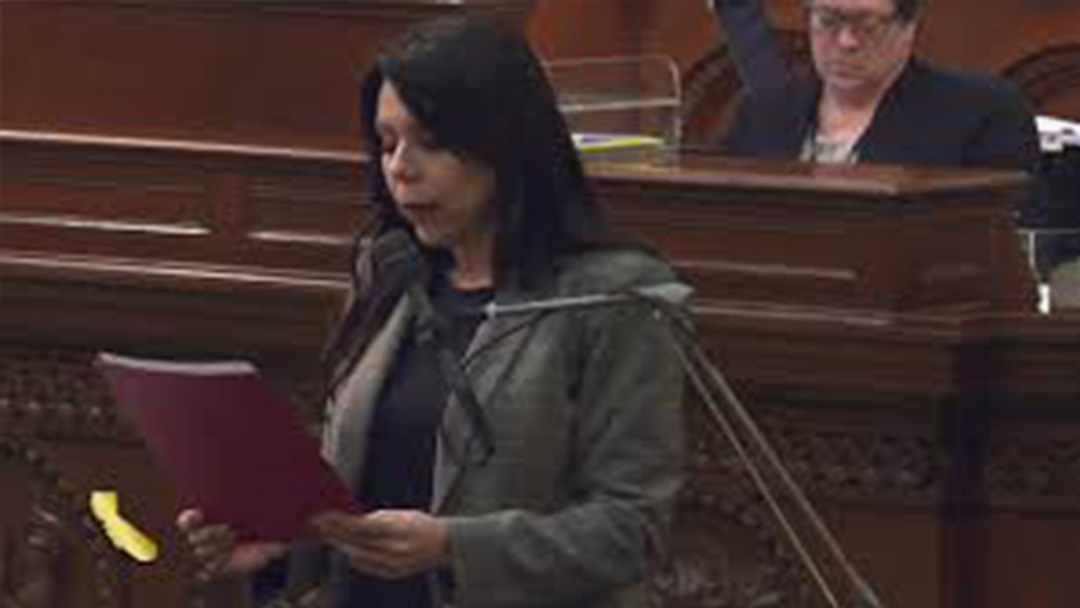 The bill is aimed at strengthening community news organizations across the state while protecting their ability to provide all Californians with important information about news and events in their communities.

Never in modern history has there been a greater need for minority-owned and other community media outlets to be a viable and reliable source of information for their readers, and yet never have they been at greater risk of closure. AB 323 offers a much needed lifeline to these small news outlets.

AB 323 will direct state departments and agencies to place marketing and outreach advertising in community and ethnic news outlets. The measure will also extend the sunset date for the exemption for newspaper carriers from the ABC test to give ethnic, mid-size, and daily newspapers two additional years to comply with AB 5.

AB 5 was enacted last year in response to the Supreme Court ruling in Dynamex Operations West, Inc. v. Superior Court of Los Angeles. The ABC test consists of three-parts and an employer must answer yes to all three parts before they can qualify a worker as a contractor.

It also extends the sunset date for the exemption for newspaper carriers from the ABC test to give ethnic, mid-size, and daily newspapers two additional years to comply with AB 5.

Commenting on the important role of the press Assemblywoman Rubio declared, “Our free media – one of our most cherished Constitutional rights – is at risk of extinction. At a time when local information is critical for our communities and the rebuilding of our economy. AB 323 will prevent ‘news deserts’ by providing a lifeline to California’s community and ethnic media outlets.”

Since the pandemic hit, California newspapers have experienced declines in about half their average print advertising revenue. More than a dozen California papers have suspended operations or closed in the last six months, and many others have laid off newsroom staff and other employees. According to a recent study, “An Analysis of the Financial Crisis Facing California Local, Daily Newspapers,” California newspapers face increases of 85 percent in distribution costs related to AB 5.

Speaking about the legislative determinations Assemblymembers make on an ongoing basis, Rubio continued, “[W]e must strike a balance between commitment to policy goals and minimizing negative consequences. Local journalism cannot be sacrificed in that process.”

Rubio shared how last year the legislature passed AB 170 which granted newspapers an additional year to comply with AB 5.

“And now,” she explained, “given the impact of COVID on the news industry, AB 323 simply provides additional time for newspapers to stabilize operations and pursue alternate distribution models.”

The good news is, prioritizing ethnic and community newspapers for state advertising campaigns would not require new allocations in the state budget. And, it will be a win-win for the state as it will ensure more Californians, including those in hard-to-reach communities, are reached with important messages, furthering the state’s public health and safety goals.

“We applaud Assemblywoman Rubio for working to stabilize our state’s ethnic media at one of the most important periods in history,” said Gabriel Lerner, Editorial Director, La Opinión. “Ethnic media has a different and specific role than mainstream media. Many marginalized and vulnerable communities in California rely on us as their trusted messengers. AB 323 will preserve that communication.”

“Americans often take our free media for granted, assuming it will always be there to serve us — and it has been, especially during the pandemic,” said Tracy Hernandez, Founding Chief Executive Officer, Los Angeles County Business Federation. “But their economic crisis reminds us that just as any other Main Street company, newspapers must also keep the lights on and the doors open.”