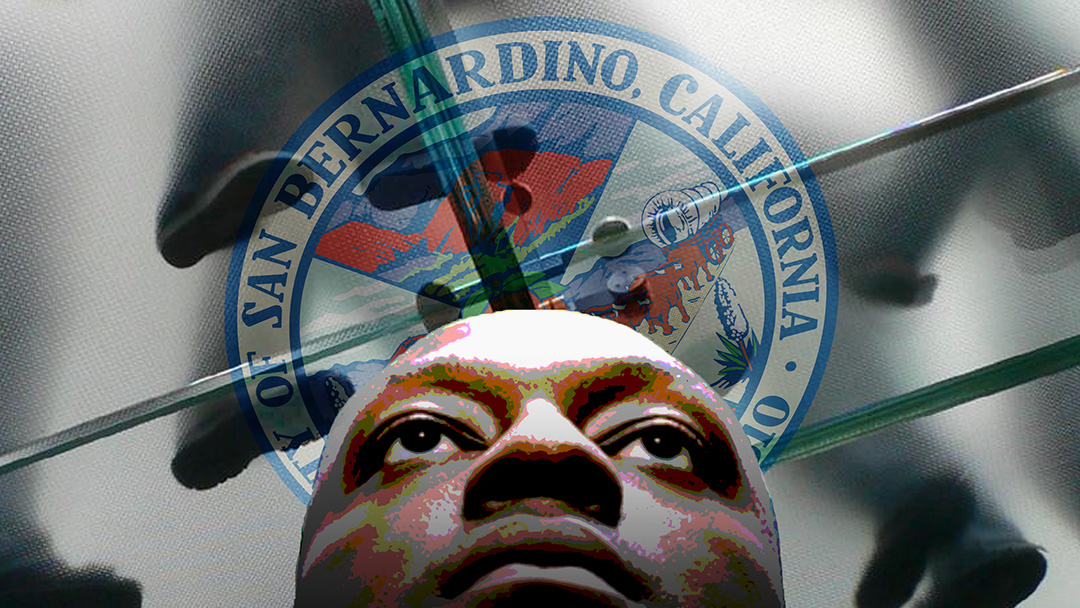 The City of San Bernardino does not discriminate against any employee on opportunities for promotion and development. Both are based on qualifications and experience,” declared San Bernardino City Manager Teri Ledoux during a recent exchange with The I.E. Voice/Black Voice News.

Ledoux’s assertion however appeared contrary to reports by some of the city’s Black employees who claim the city passes over Blacks and other minorities for promotional opportunities on an ongoing basis.

Among a group of dissatisfied African-American employees at least one, who did not wish to be identified, explained how the city’s promotion process appears to be two-fold. “From what I’ve gathered,” the employee explained, “there is one process for African-Americans—which is zero—and then one [process] for everybody else which is providing opportunity [for those individuals].”

When African-American employees of the city discuss promotion opportunities among themselves, some individuals say they were specifically advised, “They would not be interviewed by executive level staff [for the position he/she was seeking].”

Black employees believe there is a different standard regarding promotional opportunities in the City of San Bernardino. “Whenever one of us who happens to be qualified for a particular position applies, all of a sudden, the dynamics change for the hiring process.”

These employees feel they are often passed over while associates of city officials are brought in from outside to fill such open positions.

As one Black employee explained, “People of color are expected to have all the experience and meet all the qualifications while others (Whites) appear to be given much more latitude.”

When asked what guidelines city officials are required to follow when they are seeking to promote from within, Ledoux explained, “Guidelines for promotions are established by the City’s Personnel Rules 312 and 508. These rules are available for review online.”

In this instance it is appropriate to consider Rule 508 regarding promotions first. It states, “Insofar as practicable and consistent with the best interests of the service, vacancies in the classified service shall be filled after competitive examination.”

According to the Rule, the examination may be limited to employees within the department in which the vacancy exists. However, “When an appointing power believes that a vacancy in a class could be better filled by general open competition, he may request certification from an existing open list or request that an examination be held.”

San Bernardino’s Civil Service Board must then approve or deny the request to go to an open list to fill the position. The rule further states, “The decision of the Board in this matter shall be final.”

Section 312 states in part “Promotional examinations shall be conducted by the same methods and standards as those for original entry into the service, except that they shall be restricted to qualified employees in designated lower classes in the city service, and the Board in announcing such examinations may establish standards of performance in present service and may grant credit based on the quality and length of such service.”

The section goes on to read, “In announcing open examinations, the Board may also specify the terms under which permanent city employees in appropriate classes may qualify promotionally—including the establishment, in the Board’s discretion, of higher minimum scores for promotion candidates—than  required for candidates on an open basis.”

Is it possible the opportunity for the city to exercise discretion in the establishment of higher minimum scores for promotional candidates than required for candidates on an open basis, creates opportunities for discrimination?

Section 312, does however, end with the following caveat, “[A] permanent employee failing to meet the higher standard for the promotional examination but obtaining the passing mark for the open examination shall be placed on the open list.” One might question. . . To what avail?

This potentially supports concerns expressed by some employees who have claimed there appears to be a different standard when it comes to promotion opportunities for African-Americans.

“Whenever one of us—who happens to be qualified for a particular position—applies,” an employee explained, “then all of a sudden, the dynamics change for the hiring process. There is also a feeling among them, “People of color must have all the experience versus those not of color who appear to be given more latitude.”

There is also concern among Black employees about cronyism in hiring and that on occasion, job openings are tailored to specifically fit the qualifications of an individual the city wants to hire. “They don’t do that for African-American candidates,” one employee insisted.

One African-American who has been with the city for a number of years said the city’s penchant for by-passing African-American employees for promotion opportunities has only gotten worse over the years.

Is it possible the city’s Personnel Rules provide a “legal” opening for those in the city with “appointing authority” who wish to discriminate—to do so? Part of Section 503 reads, “Regular employees desiring to compete in promotional examinations must meet all of the requirements set forth for entry into an examination—including “special standards which may be established by the Board for promotional purposes.”

African-American employees have expressed concerns not only related to discrimination and cronyism in relation to the lack of opportunities for promotion but also regarding overt demonstrations of racism and discrimination on the job.

In one example, employees purportedly overheard a manager call an African-American male employee—boy. “And, to have it roll off his tongue as easy as it did in 2019,” the employees believe demonstrates a culture of discrimination. “It was said during work hours. . . on company time. . . like it was just nothing but part of the speech.”

It remains unclear regarding what led to the comment and to their knowledge, the Sr. Executive who allegedly made the pejorative reference has yet to apologize for it. “The senior executive was trying to show his superiority,” one employee surmised about the disparaging comment.

Ledoux was asked how San Bernardino city management employees are held accountable when Equal Employment Opportunity Commission guidelines are violated. She explained, “The City has a policy on non-discrimination, retaliation, workplace harassment, and sexual harassment. Remedies under the policy may include corrective action (counseling and/or training) and/or punitive action up to and including termination from employment.”

Despite these apparent roadblocks to opportunity some African-American employees with the City of San Bernardino are simply seeking an opportunity.

“We are just looking for an opportunity to advance in a job we enjoy working in,” an African-American employee explained. “We want an opportunity to demonstrate that we can lead; we can plan; we can analyze; make decisions using sound logic, judgement and experience. We have the skills and ability to do these jobs.”

According to the employees they are often the ones—after being passed over—who fuel the appointed to the positions instead of them with the ideas and information needed to succeed.

There appeared to be no formal process for employee career development which would be one way to hold leaders accountable for working with employees wishing to advance. This was confirmed by Ledoux.

“The City does not have a formal, city-wide employee development plan,” she confirmed. “[H]owever, we do encourage training and workshop opportunities as it relates to their career path.” The city also offers with the tuition reimbursement as provided in Memorandums of Understanding with the union.

One Black employee summed it up best by stating, “San Bernardino is a great city. We enjoy working there; but there is only so much a person can take.”

African-American employees say they are merely seeking the same opportunities for advancement as other employees. They acknowledge it is the city’s right to interview whoever it chooses but insist,  “Being passed over for promotion and being told you are not even allowed to interview; and, watching the process change when it is your turn for an opportunity when you’ve paid your dues, and gone to school, and think it’s your turn—is frustrating and smacks of discrimination.”

Employees insist this is not because they feel entitled, but because they believe—at the very least—they deserve an opportunity to be considered—they are not demanding preferential treatment, just fair treatment.