San Bernardino: The Use of Force Arrest of Quinn Bass 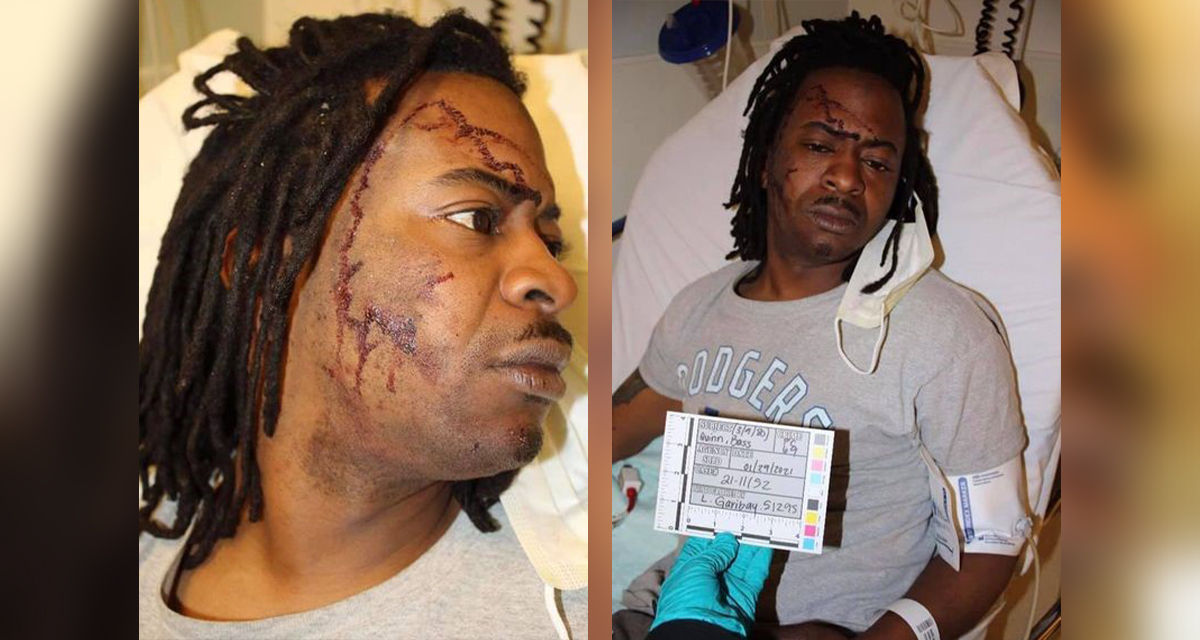 “Some might consider it pathological for anyone in America to believe that even though most cops are good people, there are some brutes existing inside local police departments. These individuals must be rooted out because every day provides another opportunity for them to either injure, maim, or cavalierly end another Black or Brown life.”

“I am notifying you of this incident and other racial disparities we have identified in the City of San Bernardino,” wrote Che Wright First V.P., Local Branch 1062 of the NAACP to San Bernardino officials.

The notice was issued after a unanimous vote of the organization’s executive committee on Thursday, April 8, to open an investigation into perceived racial discrimination in the City of San Bernardino and the apparent police abuse incident that occurred in January of this year.

The case involves 40-year-old African-American, Quinn Bass, who was stopped by San Bernardino police around 8:00 pm on Friday, January 29.

What occurred was like a replay of the types of interactions that end badly for far too many Black and Brown people across the country. It begs the rhetorical question of how a Black man stopped by the police for an alleged, routine traffic violation; who appears—according to the police body cam video—to be compliant; who is respectful and responded affirmatively to the officer’s commands, can end up with his driver’s side window broken out by police, be physically dragged from his vehicle by multiple officers, is apparently and aggressively wrestled to the ground; and ends up in a hospital with injuries and charged with three felonies?

In the video, Quinn can be heard asking the officer why he was being stopped? When the officer advised he was stopped because he was speeding. Quinn expressed disagreement with the officer’s assessment, but remained respectful and attempted to comply with the officer’s request for his license and registration.

As Quinn pulled together the documents requested by the officer, he was asked almost immediately whether he was on probation or parole. Although Quinn was under no obligation to respond, the officer never allowed him an opportunity to do so, because almost in the same breath the officer asked again for his license and registration.

Quinn responded quickly, “I got you, sir. It’s right here.”

But the officer quickly declared, “I don’t like you reaching around. I’m going to ask you to step out of the vehicle, please.”

This rapid series of questions and commands without a suspect having reasonable opportunities to either respond or comply is something witnessed again and again by Americans when retrospectively trying to understand what went awry in similar encounters.

That appears to be what occurred with Quinn on January 29.

“I m not resisting. I comply sir.”

As Quinn explained his fear about getting out of his car, that he felt under duress, that he was afraid for his life, and asked over, and over again for the officer to call his watch commander, his requests were blatantly ignored without comment as the officer began his three second countdown for Quinn to either exit his car or he would break the window. Without hesitation the officer grabbed the top of the driver’s side window and pulled until it shattered and fell to the ground. All the while Quinn can be heard stating he will get out of the car and appeals to the officer not to break his car window.

Quinn continued to video the incident with his cell phone as the officer broke the window. Watching the police body cam clip there is a  look of shock and incredulity on Quinn’s face in response to the officer’s action.

Quinn does not resist as officers drag him from the vehicle. He proclaimed to the officers, “I am not resisting.”

You can hear Quinn crying out in pain telling the officers they are hurting him. Though the video is difficult to discern at this point, Quinn can be heard exclaiming again and over again, “I’m not resisting. I’m not resisting. I comply sir,”  before this portion of the video segment ends abruptly.

The person(s) who posted the video on Youtube added several images of Quinn in a local hospital where the officers took him for treatment of his injuries.

Officers involved in this stop are purportedly members of the Special Weapons And Tactics team or SWAT. Surprisingly, although traffic stops would appear outside of what one might visualize as the scope of a SWAT’s responsibilities, for SWAT team members such stops are not an aberration; and traffic stops by any officer are more likely for Blacks than any other group.

A December 2020 report by the Public Policy Institute of California (PPIC) showed although traffic stops in general are the most frequent point of contact between law enforcement and the community, for at least eight agencies in California, both police and sheriff departments including Riverside and San Bernardino, although nearly 85 percent of stops are for a traffic violation(s), nearly 11 percent are for allegedly-reasonable suspicion- of criminal activity.

Interestingly, other reasons for stopping motorists include being on parole or probation supervision—the very question asked by the officer who stopped Quinn.

Across the eight law enforcement agencies, racial differences are evident in the reason for a stop. More African-American residents than White residents are stopped for reasonable suspicion at all agencies except CHP and the Los Angeles Police Department.

The PPIC concluded African American residents are notably overrepresented in law enforcement stops. The data further show significant differences across race and ethnicity regarding the number of Blacks stopped by select agencies in the state.

In early April, Interim San Bernardino Police Chief Eric McBride confirmed the incident occurred but declined to provide any additional information about the case claiming it was being investigated. The IE Voice and Black Voice News recently followed up with the police department to learn more about the incident and received the same response. A search of the police department’s press release database to see if there was a press release provided at the time of the incident, yielded no results.

Too many it seems strangely ironic the San Bernardino Standard Practice Manual Section on Vehicle Stops  (Phase 2) notes the first 60 seconds of a vehicle stop is a critical time period. ”Always be alert for any danger or the possibility of danger,” it warns, advising that any traffic stop could become a life or death situation. “It is one of the most potentially dangerous incidents an officer may encounter.” According to the data this same warning is applicable for Black and Brown people in the City of San Bernardino and beyond.

All of this is fundamental to further discussions in the City of San Bernardino, those working for change say needs to occur. Among the concerns are the lack of representation of Blacks in leadership positions on the force as well as the extremely limited number of police officers who work in the city but do not live there.

Next week The IE Voice and Black Voice News will explore this important issue in detail.